The WA government is now serious about supporting a studio complex in Perth and has asked for proposals in a month.
David Tiley 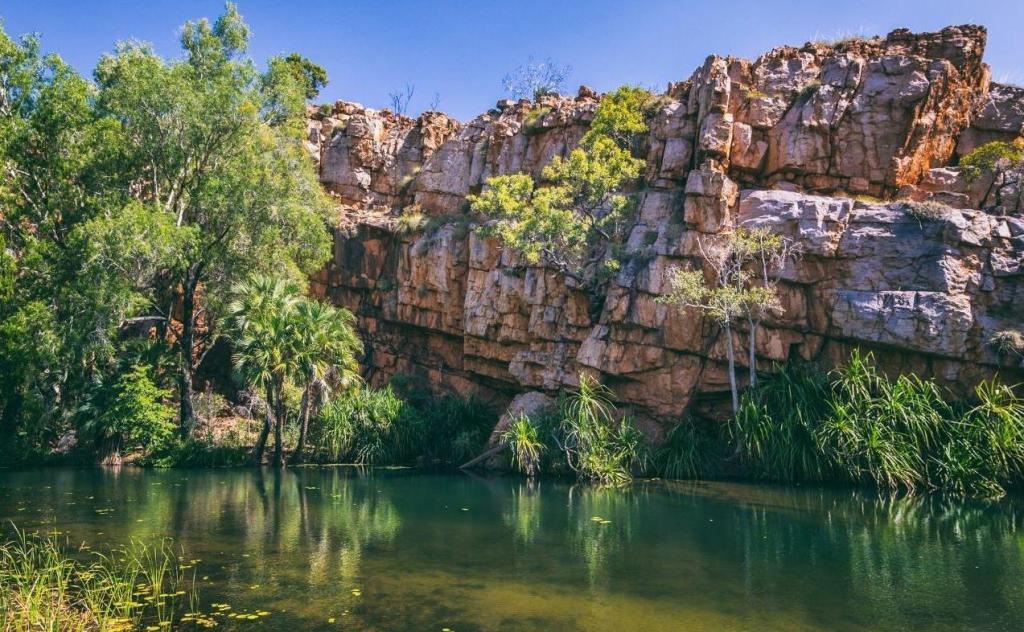 It is in the nature of agencies in states which are not adorned with a studio complex to be desirous of the same, though the road to secure it be hard, and the fear be great, and the parochialism be like unto the buzzing of bees along the road to the future.

For a while, Western Australia has been the only state without said artefact, and lo, the government has decided it should come to pass.

Therefore, ‘The State Government has identified the need for the development of studio, digital and post-production facilities to meet the state’s growing screen infrastructure needs alongside the current location-based activity across regional Western Australia,’ according to a new announcement.

So the government is seeking what it calls a market led proposal, or MLP. At the moment it has seven of them and the screen industry appeal sits alongside a request for ways in which private enterprise can utilise prisoners in the justice system.

According to Willy Rowe, the CEO of Screen West, this is very much a government proposal, and not managed by his agency, though he is firmly convinced the idea is both exciting and visionary. He reports a steady level of interest by international producers, who are not put off by the additional four hour flight from Los Angeles.

The ball is very much in the private enterprise court. Companies must be able to build and run the complex, and secure the work to fill it. Rowe is not expecting the project to become a parasite, shaping the industry towards large projects, and sucking in Screen West budgets.

The government really is providing the merest sketch of the possibilities. There is no location, no proposal about a public-private deal, no limits on the origins and experience of the owners. There is one large limitation: the proposals need to be in by 21 September which is a mere month to prepare a bid despite the problems of the virus. We can presume this will result in ball-park proposals which will show the government who is interested, and the kind of deal proposed.

However, WA has always had a stronger relationship with the other markets around the Indian Ocean. It is entirely possible that any proposal could be launched from outside to link the infrastructure to Asian production.

The scale is significant. They are looking for three or four sound stages with 15-metre ceilings and large opening doors to enable drive-in access for large trucks. They want:

Does this mean that WA is going to focus on television? Willy Rowe rejects the idea that strategic narrowness is appropriate. He sees the industry as a fusion of different interests and scales, shaped by the increasing role of the streamers. As the government says, the proposals needs to:

Besides the usual ancillary workshops, offices and storage, the government wants a 40-50 theatrette with sound mixing facilities, shared working and collaboration areas and something called an ‘engagement space for the public (for example, similar to ACMI in Melbourne).’

Rowe sees this as a multipurpose hub, which can bring the sector together at all its different scales, in any way which can serve the screen community. It is expected to serve the games and VR sectors as well.

LEARNING FROM THE SA EXAMPLE

There is a substantial real estate component to this, and none is provided, so any applicant will be looking for a convenient space, whether greenfields or co-location. This sounds a lot like the South Australian Film Corporation complex. The Adelaide studios were built in a complex which came ultimately from the government, while clients were already used to expecting the old Hendon Studios.

Richard Harris was the CEO while this was brought into service in SA, and faced the problem of running the SAFC while maintaining the studio and securing clients. This deal is a lot simpler and leaves Screen West to be itself. Harris came out of that experience with a couple of basic rules:

1. The studios are not a separate offer to productions. They are part of a unified offer which includes a variety of details, covering tax, available staff, locations, transport, the calibre of the crews, hotels, good coffee.. and whatever other sweeteners that may be negotiated.

2. Studios do not in themselves make money. They are a cost centre and not a profit centre. The subsidy may not be direct and shaped around a variety of deals but there will be an input from government.

3. The studios are in competition. No friendlies.

Rowe maintains that WA has a powerful suite of offerings to bring in outside production. Except for snow and high mountains, everything everyone else has in the natural world, the west has more of, plus the Kimberley, which is considered to be unique. The financial terms will emerge from the offers. Receiving and evaluating those bids would be fascinating.

It is very difficult to bet on the future right now, but the inclination of the sector is to expect expansion. It doesn’t take much to fill the current studios so an increase in total capacity could be valuable, but a downturn by the same token could lead to empty buildings.

There has been a lot of tyre kicking about this proposal over the last few months. There are important voices behind the Fremantle Studio Proposed Infrastructure Opportunity, including a nifty video.

The claim is that ‘Jones Street is the leading option available to cost effectively establish a screen production precinct, able to be activated in 6-8 months and take advantage of Western Australia’s contained COVID-19 situation, attracting national and international productions actively seeking a safe filming destination.’

The wider ranging Voice for WA Screen Industry Infrastructure push has over a thousand positive voices on Facebook, while the proposal document has pretty well universal support.

There is a slight contradiction between the government’s request for proposals, which is much larger than the Jones Street plan, which suggests that the plan will end up in several different stages, beginning with a nimble startup.