In the 50s, a small group of Australian filmmakers set out in a custom Kombi Van to document the working class.
Silvi Vann-Wall 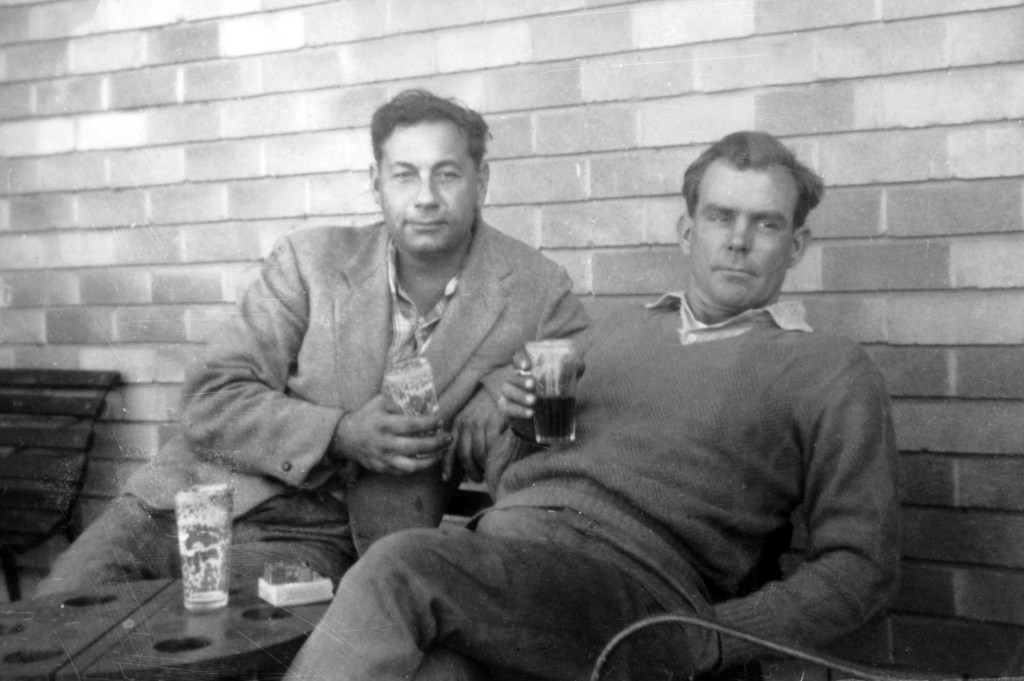 Keith Gow and Jock Levy were determined to capture the working class as it really was. Image: Supplied

In a customised Kombi Van with rear projection and a camera rig on top, The Waterside Workers Federation Film Unit documented the Australian working class in a way not seen before the 50s.

The Film Unit, created in 1953 by wharfies Keith Gow, Jock Levy and Norma Disher, made a series of films that campaigned for pensions, workers’ rights, housing shortages, workers’ health and safety, and the 1954 waterfront strike. The films were then screened directly from the Kombi Van into unions, community halls and clubs, private homes and even the streets.

To mark the 150th anniversary of the Waterside Workers Federation (now called The Maritime Union of Australia), the NFSA have fully remastered and digitised these unique unionist films, and they’ll be screening at the Cinema Reborn festival in Sydney on 30 April.

‘The films occupy a prominent position within the history of independent filmmaking in Australia and we are delighted to have played our part in the preservation of this very important material,’ said NFSA Chief Curator Gayle Lake.

‘It was the period of the Cold War, and I was already involved with progressive theatre with Keith Gow and Jock Levy at New Theatre,’ said Norma Disher, of the unit’s original founders. ‘They were making a film down on the waterfront to support a campaign for pensions for wharfie veterans, they asked me to help them, and I wanted to support this cause’.

The screening of the remastered films coincides with International Workers Day on 1 May – a worldwide celebration of worker achievements and marches in the streets demanding fair pay and better working conditions.

Filmmaker and session programmer, Margot Nash said ‘the Film Unit made films about working class issues for working class people and in the process showed a rare cinematic and dramatic flair that was unusual for the time’.

Included in the program is the highly acclaimed documentary Film-Work (1981), a 43-minute documentary by John Hughes on the Waterside Workers Federation Film Unit.

The remastered works of the Waterside Workers Federation Film Unit will screen on 30 April. Tickets are available at the Cinema Reborn website.