One of the many announcements made in Berlin to escape our notice at the time was from Toronto's Artistic Director Cameron Bailey.
ScreenHub
[This is archived content and may not display in the originally intended format.] 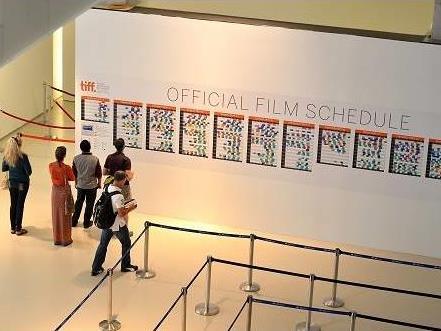 One of the many announcements made in Berlin to escape our notice at the time was from Toronto’s Artistic Director Cameron Bailey.

The Toronto International Film Festival will this year open its doors to international short films, in the inaugural Short Cuts International programme. To date, the festival has programmed Canadian shorts but not accepted submissions from beyond its borders. Local shorts will continue to have a dedicated maple leaf-branded flag to fly under, in the form of Short Cuts Canada.

“As TIFF expands its global reach,” said Bailey, “we want to bring some of the world’s finest short films to the audience, industry and media that gather in Toronto every year.”

Which translates, roughly, as “We finally realised we’ve been missing an opportunity”.

The festival will curate 5 programmes of shorts, which means some 30-40 titles will be selected. It’s unclear from the announcement whether the programme strand will be competitive, although TIFF generally restricts itself to audience awards.

In a move that’s been seen elsewhere, TIFF will use its new programming strand to drive a year-round programme of monthly short-film screenings as part of its extra-festival activities. A couple of years ago Hong Kong introduced CineFan, a similar if more broadly-targeted scheme, which has proved successful in its own right and in growing festival attendances.

TIFF opened submissions for all its programme strands on Tuesday last week. The early bird deadline is 2 May, late deadline 30 May. The 39th Toronto International Film Festival will run 4 – 14 September.