The Masked Singer: all fine with a sinister edge

COVID-19 has finally struck the Australian screen sector, as seven dancers on 'The Masked Singer' test positive and production grinds to a halt.
David Tiley 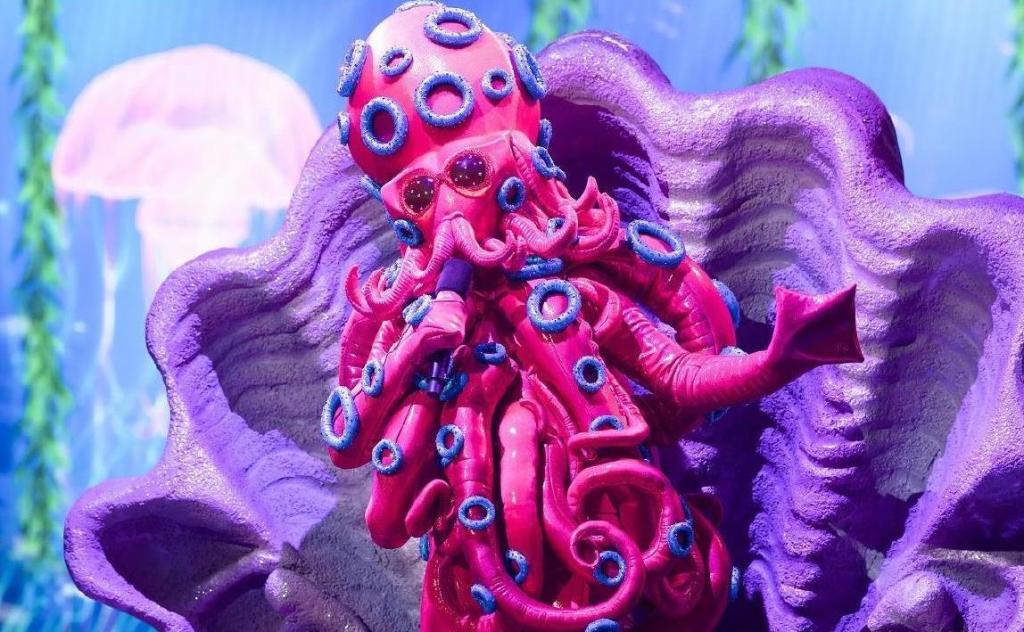 There’s a human in there. Image: Ten

COVID-19 has finally struck at the Australian screen sector. Just as The Masked Singer was moving into its last episode, one of the dancers announced they were feeling sick. A total of seven people have tested positive, the show is temporarily shut down, and Millionaire Hot Seat, which shares a studio with the musical reality competition show, has been unable to film.

The truth is, this is going to happen and continue to happen. So far, there have been no public accusations that Warner Bros International Television failed to maintain a safe set; this is about a sneaky virus and not human failure. The mainstream press is most interested in whether these shows will provide content to audiences, and Ten is busily telling the world there are still several eps in the can and they will find a way to do the finale. But the human side is gruelling.

As host Osher Gunsberg said on Tenplay, ‘We were literally two hours away from hitting record on our grand finale. The pyrotechnics were loaded, everyone was in costume, we were ready to go’. Gunsberg, who was due to fly home to Sydney after the show, is now stuck in a Melbourne hotel room celebrating his son’s first birthday remotely. Instead of bumping out, the production was being cleaned, which is probably why Millionaire Hotseat got involved.

This a real-life test of the Australian Screen Production Industry COVID-Safe Guidelines. The problem will have been minimised by splitting the process and the makers into groups. The Herald Sun maintains there were seven infected dancers, though Gunsberg says there was only one. He praised the strict health and safety guidelines on set, and said he was ‘in awe’ of the dancer for coming forward in the interests of the cast and crew’s safety.

The industry cannot ultimately completely keep performers from interacting with each other, in ways which can be sweaty and physical. That is what dancing is and this show relies on energy and spectacle.

The studio, and all associated elements of production, are being deep cleaned. Those furry costumes may be looking a bit limp and may smell very odd when the hapless singers get back in them. Everyone was tested over the weekend and results are still coming back. At least some have already been delivered.

After that, the show can go back into production with people who have not tested positive, though they are required to monitor their own health carefully. With the right support from the Department of Health and Human Services, the show  be back in a matter of days.

There is also the question of perception. Public attention and loyalty is so focused on the show and the guessing games about who is who, it’s a fraught context for an outbreak. With Melbourne suffering day by day under strict stage 4 regulations, there is a certain nervousness about the political fallout of this outbreak. The general public, unemployed and cooped up, may wonder why a shiny floor show is considered an essential service.

One thing to remember – seven people, probably young, are now sick. They could be affected very badly and the road back to performance could be long and arduous. As Gunsberg acknowledges, ‘This person was so brave – this young person put their hand up and said, hang on, guys. Um, you know I’m not feeling so great. I should probably let you know this, and they were brave enough to pull the emergency brake.’ He reiterated, ‘We hit stop because nothing is as important as everyone’s safety.’

So the story turns out to be a real headache for schedulers, and a substantial event in the budget, but the planning makes it easy to get back on track. The sector will have to get used to it, because the virus is probably not going away for some time. In the meantime, projects are stacking up and the studios are busily taking bookings.

There’s a human in there. Image: Ten