The Australian International Documentary Conference is headlined by the idea 'Moment of Truth.' Here are some of our favourite truthful sessions.
David Tiley 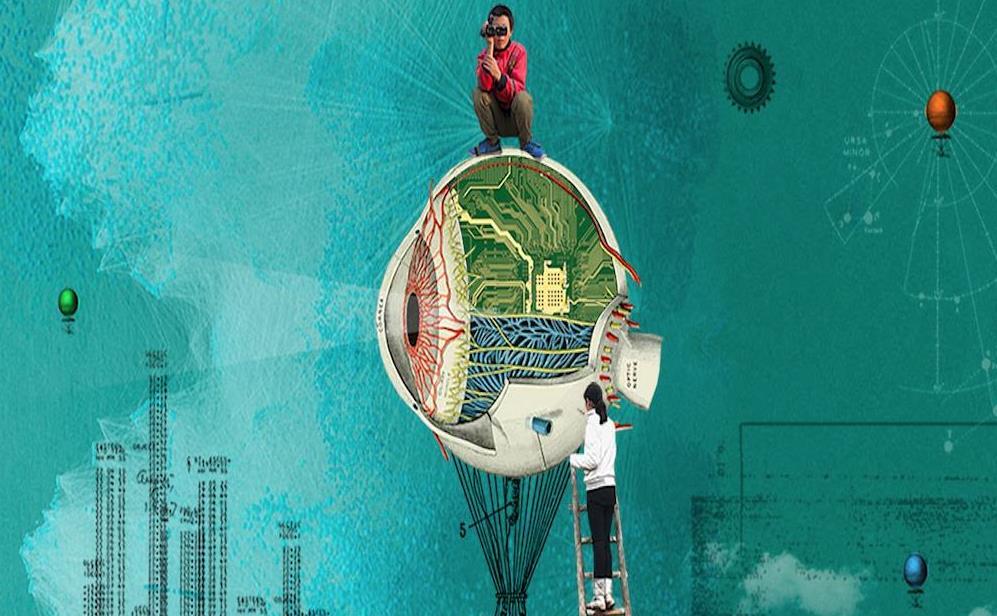 Image: from the Kat Cizek program entry on AIDC.

Not only does the Australian International Documentary Conference (AIDC) have a complete program online, the website itself is clean and easy to navigate. That is an achievement in itself, helped along by a manageable number of panels and pitching sessions.

You can spend three pleasant days watching production teams talk about challenging projects, and be uplifted by tales of hope, tenacity and inspiration. The standout is probably the case study about Life in Colour with David Attenborough, seen mostly from the Australian perspective of this UK co-production which embraces pretty well every kind of delivery platform beyond Tik-Tok.

Ace Australian science filmmaker Sonya Pemberton will discuss the Australian-Canadian co-pro Carbon, described as, ‘The team behind Carbon offers an insider look at managing an international co-production during a global pandemic’. (That session is barred to media so we can’t give you the gist later.)

Jeff Daniels, once a jobbing school teacher of Australian-US background started his documentary career from a standing start with Ten Conditions of Love which found the moment when the attack on the Uyghur really turned nasty. He moved on to Mother With a Gun about the extremists in the Jewish Defence League. He and a panel dismantle his route through the financing of his latest film, Television Event ,and the ‘US funding pathways open to Australia’s independent documentary filmmakers aiming to develop and complete passion projects with international scope’.

American journalist, book writer and documentary investigator David France ‘discusses key scenes from Welcome to Chechnya and the craft and technology employed to hide identities while enabling empathetic audience relationships. it is about the gay purge in Chechnya, the life-saving activists and the resulting refugees. This session is moderated by Laurie Brannigan-Onato, ‘a mixed race, Asian-Australian-First Nation (Darumbal/Bundjalung) emerging producer who was born and raised in Sydney’s Greater West suburbs and is now a Development and Investment Manager within the Indigenous Department at Screen Australia’.

You can’t have a good documentary party without a shark film, and this one is a pearler. ‘Take a deep dive with the producers of the Netflix smash hit, My Octopus Teacher and Sundance Official Nominee Playing With Sharks: The Valerie Taylor Story as they explore how and why challenging the traditional natural history narratives is so successful and so important.’  Along with Wildbear’s Bettina Dalton, this session features Ellen Windemuth from the Netherlands who ‘is the CEO of WaterBear Network, overseeing the strategy and direction of the new interactive video-on-demand platform dedicated to life on earth.’

And let’s not forget the Screenhub mantra of invigorating production: It’s impossible until you do it, then it seems inevitable, then the idea spreads and becomes a cliche.

Beyond the pleasure of great production stories, we always hunt for the sessions which point to the future, or the rich mass of ideas and contradictions which makes true stories so interesting. Here are five we think are zingers.

1. Kirsten Johnson and the art of innovation. Johnson is a fine documentary cinematographer, who worked with a checklist of greats in US indy documentary. Eventually she started to reconsider scenes she had recorded, went back to the people and made Cameraperson.

Screenhub was privileged to interview her in 2017. We’ve released it from behind the paywall for AIDC 2021.

She went on to make Dick Johnson is Dead, a smash hit in the sector. ‘In this dynamic session, Kirsten explores how experimenting with documentary’s form can open up new ways of making documentary with the participants as co-collaborators. Speaking through her recent films, Kirsten discusses how taking creative risks can rethink the possibilities of documentary in not only examining actuality but also speculating on “what if”?’

2. The future of documentary: Tabitha Jackson and Lynette Walworth. How could we not bow down to a title like that? It is pretty blunt. Lynette Wallworth is everyone’s favourite cross-over documentarian who melds artistic and true-life practices. We talk to her regularly, the last time to share a speech she made at the Davos World Economic Forum just a year ago:

To write this acceptance speech I woke at 4:30 am, before first light when the air feels clearer and cooler and I couldn’t  see the wrong coloured sky, the strange red/grey or smoke filled white. When it’s easier to breathe in my heartbroken country. I woke thinking about leadership knowing I would be standing in front of you here accepting this beautiful award.

Read more: Australian arts hero reads riot act at Davos A year later, we would not use that tile. Tabitha Jackson is a true standout name. Just as Wallworth gave that speech, she was appointed the Director of the Sundance Film Festival. Before that she worked on the Documentary Film Program at Sundance Institute, where Wallworth often appeared in the New Frontier program.

3. Co-creative storytelling with Katerina Cizek. She is the Artistic Director and Co-Founder of the MIT Co-Creation Studio, which makes her another key thinker. We know that the mutual infusion of documentary and digital practice is enormously fertile, but this write-your-own-adventure storyline has a long way to go.

Kat Cizek is one of the global trail-blazers in innovative documentary practice, and this keynote promises to inspire new ways of thinking and making…

In this session, Kat will explore the challenges and opportunities for immersive and emerging technology in expanding ethical documentary practice, while also addressing social injustice and the climate emergency.

4. Innovating the factual landscape: in conversation with Fatima Salaria. She was once Commissioning Editor for Religion and Ethics at the BBC, and became Head of Specialist Factual at Channel 4, which was responsible in recent years for SAS: Who Dares Wins, 100 Vaginas and 3 Identical Strangers.That is a definition of eclectic mainstream.
She now runs Naked and Boundless, a pair of Fremantle subsidiaries which cover:

The Apprentice and The Rap Game UK; enduring popular features and factual entertainment series Grand Designs and 100% Hotter; to high-end factual and specialist factual programmes including 60 Days on the Streets, The Day I Picked My Parents and the upcoming Planet Sex with Cara Delevingne.

Smart, formidable and versatile. Innovative here is probably about transforming formats and inventing new conventions.
5. The power of the streamers. This is really a pair of sessions.
Lisa Nishimura: breaking the mould. She is the Netflix Vice President of Documentary Features and Independent Films, and is talking to Que Minh Luu, Director of Local Originals in Australia. This is a rare excursion for Netflix, which is very careful about exposing its internal workings.

Lisa will share her insights, through selected case studies, on some of her most successful productions from Making a Murderer, to Tiger King, 13th and Crip Camp. This exclusive session promises to be as enlightening as it is entertaining.

It is sponsored by Netflix so it will stay on message, but the session producer Kim Munro will encourage them to think more widely. How is Netflix changing the landscape of opportunities? How international is it really? What is the balance between essay and story?

Tyler Bern is Head of Content for Prime Video Australia and New Zealand.

He has been instrumental in commissioning six Amazon Original programs in Australia, including The Test: A New Era for Australia’s Team, a series of 10 stand-up comedy specials by some of Australia’s best comedians, LOL: Last One Laughing AU with Rebel Wilson, the upcoming Back to The Rafters, an untitled AFL docu-series project, and a glitzy, Sydney-based real estate show.

Paul Damien Williams, who will wrangle the session, is the Documentary Manager at Screenwest, who will be kept on his toes.

Just in case you think that innovation and opportunity seems to be about the factual market, you can reassure yourself at the very first keynote session for the whole conference. It’s called Secret Surprise Films, Happy Endings and Finding Your Pain: Alex Gibney discusses motivations in storytelling.

For more than twenty years director and producer Alex Gibney has cracked many of the big stories of our time – Scientology, WikiLeaks, war, Silicon Valley, the military and last year the coronavirus response in the US and Russian troll farms attacking democracy.

Totally Under Control and Agents of Chaos are the latest instalments from this prolific filmmaker whose body of work spans more than thirty-five films and countless revelatory screen moments. This session will reveal Alex’s motivations, his desire for difficult stories and his relentless pursuit of answers in the age of fake news. How does one of our greatest factual storytellers move past the doomscrolling and into a space of activism?

At the end of the day, documentary always challenges who you are.