Syd Film Fest Documentaries Reviewed: In My Blood it Runs and Martha A Picture Story

Adrian Martin examines two very different films about culture. Both are in the running for Sydney Film Festival's Documentary Australia Foundation Award.
Adrian Martin
[This is archived content and may not display in the originally intended format.] 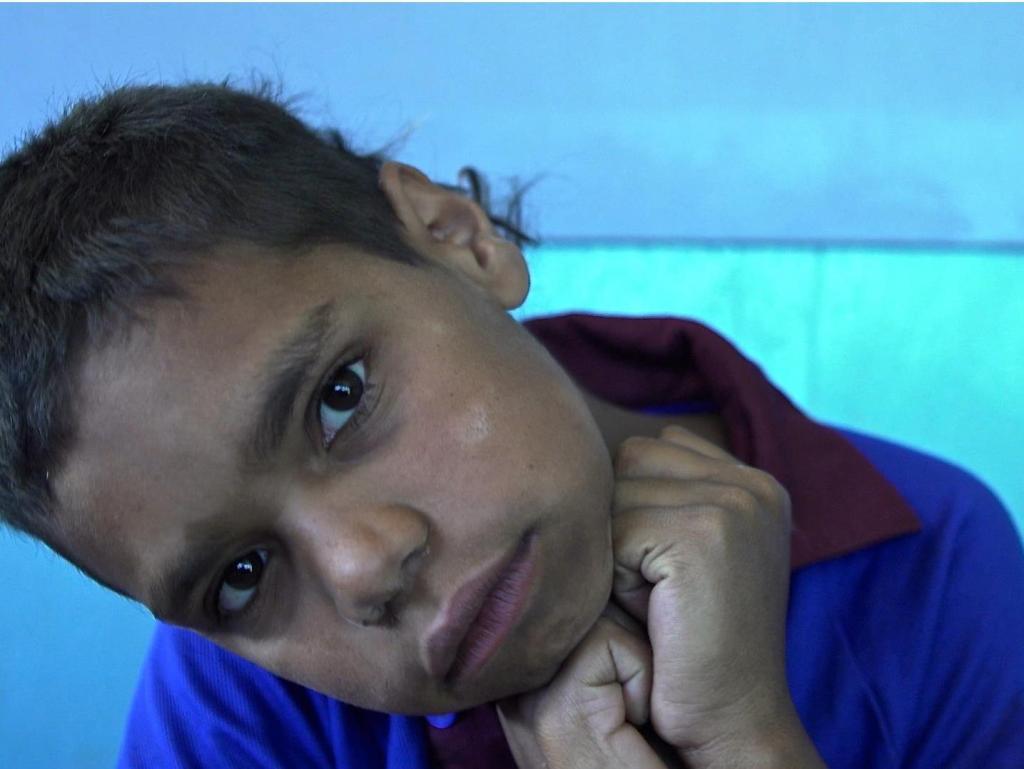 Image: Dujuan Hoosan is a smart kid with a gift for healing in Maya Newell’s In My Blood it Runs. Source: SFF.

Two Australian documentaries screening in the Sydney Film Festival offer grounds for an arresting comparison. The topic of one is very specifically national, indeed local to a few spots in the Northern Territory; the topic of the other leaves Australia altogether and zips around the wide world. One is about a gifted but, in many respects, ordinary and typical Aboriginal, male child; the other is about an American woman in her 70s who has gradually accumulated a certain measure of fame as a renowned photographer. One is about small urban settlements, and dwelling in nature; the other is about the big, crowded cities of New York, Berlin, Tokyo. One is fairly contemplative and lyrical; the other is kinetic and jam-packed. One looks into an unfolding young life by following this person for a circumscribed period of time; the other also tags along with its subject in the present, but as well sums up 60 preceding years of her hectic experience.

Both films, as it happens, are directed by women: Maya Newell’s In My Blood It Runs and Selina Miles’ Martha: A Picture Story. The first is about 10 year-old Dujuan Hoosan at a crucial transitional point in his existence, poised between distinct white and black cultures in Australia, and “coming to consciousness” about the significance of that situation. The second is more or less an “artist biopic” of the sort that television loves, while nonetheless managing, in important respects, to break free of that often staid genre.

In My Blood It Runs

Young Dujuan lives with his family in Hidden Valley, Alice Springs. He’s clearly a very smart kid, and he possesses a gift of healing that we observe him often expertly using. But he’s also constantly in trouble at the school he attends. From the glimpses of classroom practice that we get, it’s little wonder that Dujuan is irritated and bored out of his brain. The white teachers (it is astonishing that they let themselves be included in the doco) impart lessons about Captain Cook and the settlement of Australia with scarcely a flicker of ethical responsibility; they mention the Dreaming and Aboriginal spirits, but almost seem to be mocking it as irrational superstition. Even when, two-thirds of the way into the film, Dujuan is moved into the supposedly more congenial learning environment of the Yipirinya school, this tense, intercultural situation seems not to improve much.

Dujuan prefers, as he tells us, to be free. To the chagrin of his family, that can mean simply wandering off down the road when he feels like it, or mucking around with older mates in a parking lot. But, more profoundly, it refers to his soulful desire to return, as often as possible, to his homeland in Sandy Bore. It is there that Dujuan learns his indigenous language, is told the traditional tales – and where he really starts to develop a sharp political conscience. Late in the film, in a surprising development, Dujuan will travel again elsewhere – to Spring Creek, to spend time with his father.

Dujuan, like a number of other people we see in In My Blood It Runs, receives a special credit for his creative collaboration on the project. And indeed, he not only films some of the digital footage used, but also proudly declares at one point: “This movie is about me” – so nobody’s going to stop him declaring his passionate beliefs about fairness, justice and dignity for his people. At this level, it is unquestionably a stirring and well-pitched movie.

I was less enamoured of its overall style. To organise her material, Newell uses some structuring devices that are conventional in non-fictional reportage – such as an intermittent stream of radio or TV news voices, punctuating the flow of everyday life and filling in developments from the larger social context. But she also creates a welcome space for almost Terrence Malick-like, poetic insertions of shots following Dujuan from close behind, in slow motion – and even the archival clips are bathed in flares of light to signal their old-fashioned, unprogressive ideology. These effects sometimes register as corny. At the highest pitch of this stylisation, however, Benjamin Speed’s musical score builds to a crescendo only to cut out at the moment when Dujuan reaches his ultimate howl directed at white Australia: “Stop killing Aboriginal people!”

I am not certain that In My Blood It Runs would have passed muster with the snooty New York gallery owner that photographer Martha Cooper briefly encounters in Martha: A Picture Story. This guy, presiding over a selection of images for an exhibition of Cooper’s work, dispenses advice freely and from on high: we don’t want too many pictures of kids  … or of people smiling. Martha is sceptical and resistant, as always: why the hell not? Because, he patiently explains, then her photographs won’t be taken seriously as art …

Cooper – as becomes abundantly clear throughout this engrossing documentary – has always had problems with fitting in and being accepted: whether by the “image conscious” staff at National Geographic, by the art world, or even by fellow professionals in the photo-journalism field. She expresses her difference from these various packs in a striking way: she doesn’t make photos, she takes them. Which is to say, she doesn’t fetishise the formal elements of pictorial composition or glossy, “fine” printing. Content is everything, she tells us. But she also has, whether or not she likes to admit it, an incredible eye.

And what content she’s racked up! Cooper is most famous for her involvement in the book Subway Art, a documentation of New York’s graffiti scene first published in 1984. That book has become an indispensable “style reference” – for instance, in Baz Luhrmann’s fizzler of a TV series, The Get Down – but, on its initial release, it lost money. Cooper went onto many other projects – often with a special emphasis on the overlooked aspects of street life and marginalised cultures in various countries. But, as we see here, the thrills of capturing illegal “tagging” claim her attention once more in the Germany of today. The global legacy of graffiti art and (more broadly) hip hop has ensured that, to many, Martha Cooper is a revered figure – the film shows perfect strangers hailing, hugging and kissing her like a star.

But just never call Cooper an “icon” or a “legend” to her face, OK? Now in her mid 70s, she’s fully focused, active and engaged. She has an archive to die for – we see her crack open the boxes in a storage locker, as well as rifling through the filing cabinets in her home-office – and she wants her past achievements to be recognised and remembered, but she’s always fixed on the next thing ahead.

While Australian director Selina Miles (herself connected to the graffiti art scene) obviously had total access to her subject, this portrait is “intimate” in a respectful, guarded way. We see Cooper laughing with friends, reminiscing over escapades, recalling the reasons her marriage ended, and expressing satisfaction at being a loner – but the work and adventure of image-taking remains the most significant matter at hand. Even the project’s feminist rallying cry is crystal-clear but understated.

Martha: A Picture Story is a superbly assembled film. Whenever I hear the idea for a documentary project, especially one of an historical or archival nature, I routinely ask myself: “Is there enough footage to make it interesting? Do these images and sounds exist, are they available?” – beyond, that is, the old fall-back of shooting some talking heads. Miles and her team have done an extraordinary job in unearthing every kind of pertinent image, from amateur Super-8 to TV clips, and everything in-between. The montage is fast and frenetic (in contrast to the leisurely, reflective pace of In My Blood It Runs), and it’s very cannily arranged – eschewing strict chronology, it darts back and forth between diverse periods in Cooper’s career for maximum dramatic impact.

In short, Martha: A Picture Story will surely count high among the very best Australian films of 2019.

In My Blood It Runs

In My Blood It Runs and Martha: A Picture Story screen at the Sydney Film Festival, 5 – 16 June, and are both in contention for the annual Documentary Australia Foundation Award.