SXSW film award for Australia’s Back to Back Theatre 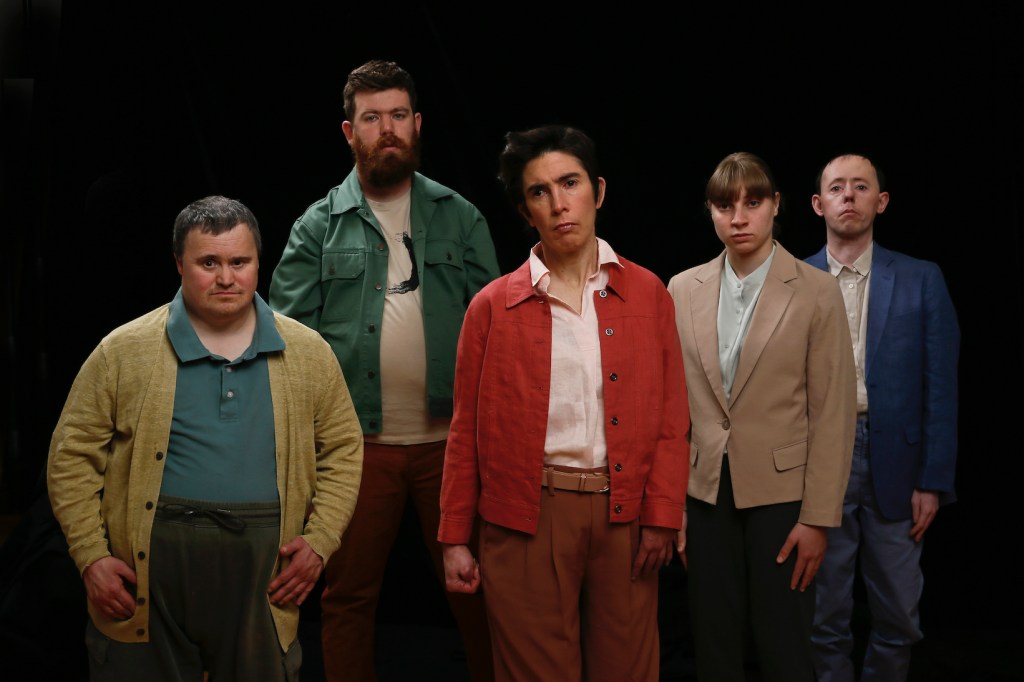 Casting a shadow: Back to Back win at SXSW. Photo: Jeff Busby

Australia’s internationally acclaimed Back to Back Theatre, a professional theatre company with an ensemble of actors with disabilities at its core, has been awarded the SXSW 2022 Audience Award for Shadow, the company’s debut feature film, at the South by Southwest Festival (SXSW).

The award came as part of the Visions screening section of the festival, which SXSW describes as follows: ‘Visions filmmakers are audacious, risk-taking artists in the new cinema landscape who demonstrate raw innovation and creativity in documentary and narrative filmmaking.’

Shadow had its world premiere on 12 March 12 at SXSW. The film is directed by Bruce Gladwin, produced by Alice Fleming and co conceived and co-authored by Back to Back Theatre’s core performing artists Michael Chan, Mark Deans, Sarah Mainwaring, Scott Price, Simon Laherty and Sonia Teuben, together with Gladwin.

Filmed on location in and around Geelong in December 2020, it ambitiously builds upon the success of Back to Back’s debut short film Oddlands, creating a feature film that is provocative and challenging and features people with disabilities both in front of the camera and behind the scenes.

Director Bruce Gladwin said: ‘Winning the audience award at SXSW is super encouraging for Back to Back’s film making future. We are delighted that the viewing public of Austin, Texas has reached out and given us their enthusiastic endorsement. We look forward to bringing more quality screen projects from Geelong to the world.’

Actor and co writer Scott Price said: ‘We are thrilled, excited and stoked to win this audience award at SXSW.’