Some films just keep pushing through even though the selection of finalists for each festival may be very different. As in The Egg.
David Tiley 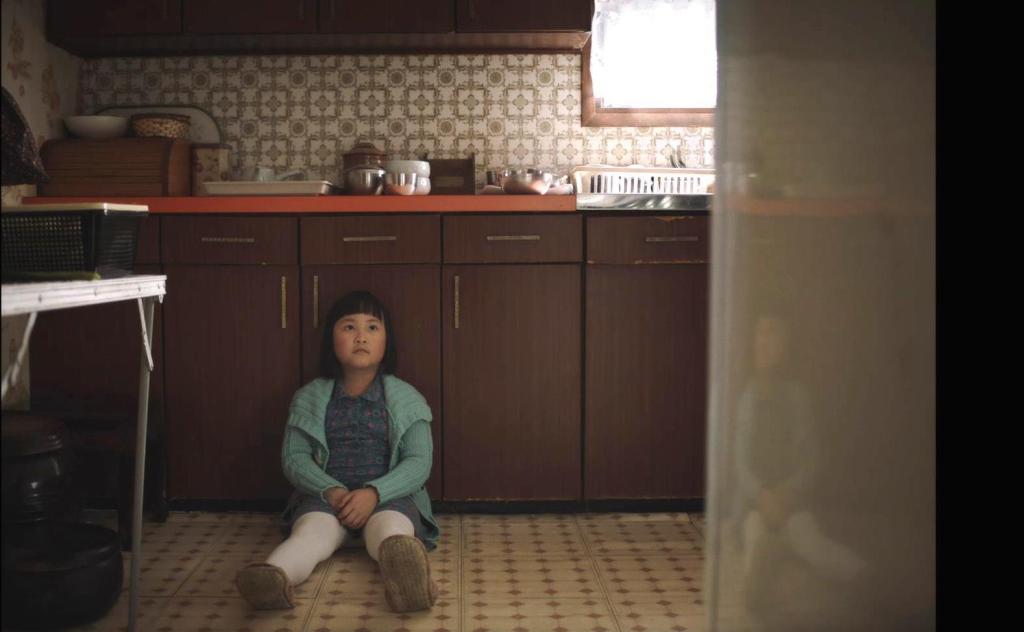 After a week of online gutzing, short film devotees will have their own opinions about the winners and losers at St Kilda. Here is the official list:

The Egg has already done very well — it won at MIFF 2019, followed that with top gong at the AACTAs and collected a Special Mention at Flickerfest.  Jane Cho is also an internationally recognised concert violinist with a lot of dramatic flair.  The production designer, Jacqui Schofield, was interviewed about the project by the Australian Production Designers Guild.

Starring Kim Thien Doan, now eight years old and the rock on which this story is based. She was also in Little Monsters, the kindergarten zombie feature directed by Abe Forsyth.

Congratulations to Piers Burbrook de Vere who also did Little Monsters and Down Under. If you can live without pictures, he is interviewed at   Filmink, and is on Soundcloud (without The Egg).

Beyond the charm-powered gravity well of The Egg..

A stop motion animated skeleton, once a formidable villain of the silver screen and now a struggling actor, takes drastic measures when he learns the film for which he was created is being rebooted without him.

This film also won the Best Animation Award at Flickerfest. Michael Shanks was the VFX director on Lambs of God, the STAN series, and directed, co-wrote and has a credit on most other activities for The Wizards of Oz, the 6 by 15 minute fantasy comedy run on SBS in 2015. It was also produced by Nicholas Colla and Chris Hocking, along with Sumah Hurley.

Given to Samuel Lewis as the stop motion animator and puppet builder. He also worked on Lost and Found, the other stop motion standout of the last few years.

Here is the whole film.

And a fascinating behind the scenes..

Best Documentary: I Want to Make a Film About Women

‘I want to make a film about women’ is a documentary love letter to Russian constructivist women. It brings to life revolutionary women artists of the 1920s and speculates on what they said, did, and might have created had it not been for Stalin’s suppression.’

Karen Pearlman is an editor, theoretician and teacher, filmmaker and a dancer from the beginning, known to many as a teacher, firstly at AFTRS and now at Macquarie University.

Best Achievement in Indigenous Filmmaking: Out of Range

Eager to impress his estranged son, a father is forced to slow down when their road trip is suddenly interrupted.

John Harvey has.a varied background in theatre and film, both in drama and documentary, usually as a producer and the creative director of Brown Cabs. He produced the dance film Spear for Bangarra, which is a considerable achievement.

The film is available on SBS On Demand.

A homeless Irish alcoholic and an artistic backpacker clash on a Sydney street.

Best Achievement in Cinematography: Aaron McLisky and Andrew Gough for The Sand That Ate the Sea

In the opal mining red dirt of Andamooka, South Australia, a son faces the memories of the mysterious disappearance of his father in a great flooding storm, while the same storm appears on his own horizon.

The Best Achievement in Screenplay: Lee Zachariah for Audio Guide

A woman is told the secrets of the world through an art gallery-issued audio guide.

Lee  Zachariah first emerged on The Bazura Project for community TV, and is a writer, editor and director with a keen sense of social satire. Chris Elena has made five shorts in ten years; this film has done well in sci-fi circles.

The Best Achievement in Sound Post Production: Ramsay De Marco/Charby Ibrahim for Bright Lights – The Perils of the Pokies

A 25 year addiction to poker machine gambling has a cost. Sharon lost almost everything… and very nearly her life. This short, fully animated documentary, voiced by Claudia Karvan, not only asks people to pause and re-think their next spin, but asks a broader question of those regulating the industry; How many suicides will it take to see genuine poker machine reform?

The Under the Radar: Best Youth Short Film – Flip

A juxtaposition of narratives exploring miscommunication, reminiscence and resolution

The Your Place Film Victoria Award: Fish and Chips by Michael Jones

Directors Choice Award: At Home In Barandudah (where?) by Rosaleen Cox