Small Screen Highlights: Robbie Hood, My Life is Murder and Knock Down the House

Dylan Rivers delivers a tough love letter to Alice Springs, Lucy Lawless turns up for the murder of the week, plus a couple of inspiring docos and a video game.
Screenhub Hivemind
[This is archived content and may not display in the originally intended format.] 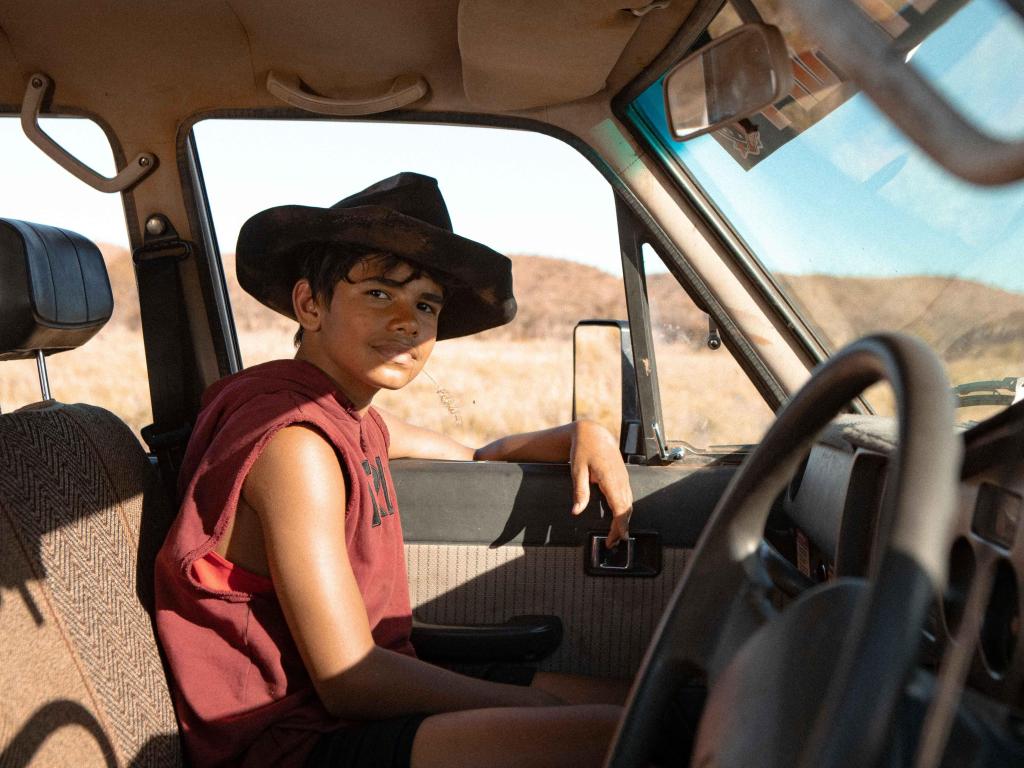 In this, 6×10-minute series from director and cinematographer Dylan River (Finke: There and Back, Sweet Country) and writer Kodie Bedford (Mystery Road), Robbie Hood is a cheeky, hungry 13-year-old incarnation of the legendary thief, played here by Pedrea Jackson. Together with his best mates, Georgia Blue (Jordan Johnson) and big Little Johnny (Levi Thomas), Robbie works to right the wrongs going on in their hometown of Alice Springs. They ride around on their BMX bikes, steal food and try to survive, mostly without adult supervision. The three kids, all locals, make their debut TV appearances in these roles. Screenhub’s Rochelle Siemienowicz recommends the series, but adds the warning ‘that this is sometimes tough viewing and may break your heart just a little.’

Dylan River has said : “Robbie Hood is my gift to the youth of Alice Springs and the rest of the world. It’s inspired by my own life and the first-hand experiences of my friends and family. The show is a combination of the highs and lows of our upbringing in a small desert town that we have a love hate relationship with.’

The ‘murder of the week’ format is still going strong in Australian free to air TV. The latest is Ten’s My Life is Murder, starring (and produced by) Lucy Lawless. ‘Xena like you’ve never seen her!’ screams the promo, and it’s a smart strategy given Lawless has an international fan base and a knack for playing strong, sexy characters with a twinkle in their eyes. Here she plays Alexa Crowe, an ex cop who keeps getting drawn back into investigations by her friend Detective-Inspector Kieran Hussey (Bernard Curry), and together with the department’s sparky young analyst (Ebony Vagulans) they bring an irreverent approach to solving murderous mysteries. Guest stars include Ryan Corr, Magda Szubanski, Danielle Cormack, Dony Hany and Diana Glenn. It’s directed by Leah Purcell, Mat King and Jo O’Shaughnessy, and has been picked up to screen on UKTV’s Alibi in September. Screenhub journalist Rochelle Siemienowicz says: ‘The show gives a tourist’s view of glossy Melbourne locations, and looks like it was made fast and cheap, but it’s fun, frothy and feisty, and worth it for Lawless alone. There’s also a really cute animated spinoff My Name is Captain Thunderbolt (Sometimes), about Alexa’s cat, which was developed with University of Newcastle’s animation school.’

Knock Down the House (Netflix)

This US political documentary, directed by Rachel Lears, won two audience awards at Sundance 2019 where it premiered. Now on Netflix, the film comes highly recommended by ArtsHub /Screenhub’s Head of Business Development Jane Chisholm, who writes: ‘Perfect timing after the recent Trump tweets, this inspiring documentary Knock Down The House follows four female Democrat candidates who ran for Congress in last year’s elections in America. Alexandria Ocasio-Cortez of New York, Amy Vilela of Nevada, Cori Bush of Missouri, and Paula Jean Swearengin of West Virginia. All walk their hoods and fight the tough fight against rich, well connected powerful incumbents in Congress. You watch and feel for the four of them, all doing it for very personal reasons, giving everything they can to change the system and really represent their constituents. Without political experience or corporate money, they build a movement of insurgent candidates and their efforts result in a legendary upset. I LOVED it!’

Screenhub’s Editor David Tiley saw this at the Castlemaine Documentary Film Festival last weekend and loved it. He writes: ‘Le Grand Bal is a ninety minute feature documentary about traditional European dancing. Sounds like Morris dancing with garlic but it is much, much more. It covers the annual festival in which two thousand people rise from their tents, learn dances all day and then do them until they drop. The director, Laetitia Carton, has gone to every festival for fifteen years so she is trusted completely and has wonderful access. There were four cameras which focused mostly on the people as they danced in the depths of love, or selected a stranger, or moved from person to person in sequence dancing. Festival audiences, including those at the French Film Festival, have loved the film, and now it has turned up on Stan. Even the trailer is lovely.

George Dunford, Content Director for Screenhub and ArtsHub checked out this ABC web series and writes: ‘Part of the fun is imagining the bemused looks on the faces of execs being pitched this series: a beauty vlog set after the apocalypse. It uses the tropes of the beauty vlog – freeze frames on goofy faces, haul videos of products that are no longer available and words blared across the screen – to tell a really uncomfortable story of the bullied mutants, with Sarah (Sydney comedian Claudia O’Doherty) switching from being their prisoner to self-obsessed tyrant. By turns ditzy and disturbing, it’s a great satire of YouTubers’ narcissism as Sarah barely clocks the end of the world happening around her. Three episodes in a row was uncomfortable viewing when the world is stockpiling cans for Boris’ Brexit.’

Jinghua Qian, ArtsHub’s Reviews Editor and Feature Writer, has been playing a new video game this week and recommends Life is Strange 2. They write: ‘The long-awaited continuation of Square Enix’s award-winning game franchise is another filmic, character-driven narrative adventure set against the stunning backdrop of the Pacific Northwest. As in the earlier games Life Is Strange and Before the Storm, the sunlight cuts sharply through upright firs and cedars while the adolescent protagonists slink around in hoodies, having lots of feelings and texting their mates about them. The graphics are gorgeous, and the writing is deft, with rich, charming dialogue and characterisation (so often not the case for teen characters).

Life Is Strange 2 starts in Seattle, Washington, and follows two Mexican American brothers, Sean and Daniel Diaz, as they trek south after a tragic encounter with police brutality and racist profiling. The gameplay is intuitive and well-paced, giving you plenty to do as a player while also letting the story shine. The US during Trump’s presidency is a fertile setting for a survival adventure game, and while there are a few moments that feel a little too obvious, for the most part Life Is Strange 2 is an intriguing and elegant take on how to live now, forcing the player to contemplate making moral choices in a world on fire.

Episode 1-3 available now, Episode 4 and 5 due for release in August and December 2019.