The executive producer of The Queen's Gambit, the Unreal Engine and the Canado-gallic mind behind the Assassin's Creed franchise. What more can we want?
David Tiley 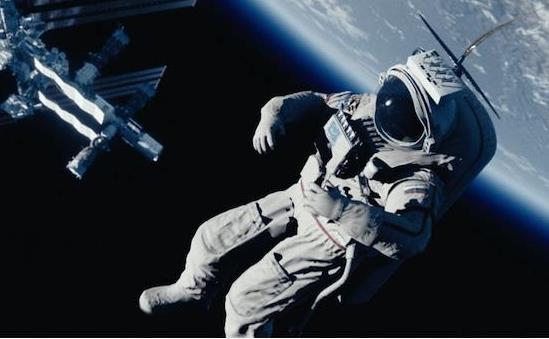 Josh Tanner’s short film Decommissioned, to be discussed at Screen Forever, was made with the Unreal Engine. Image: Bloody Disgusting

We have already explored the Screen Forever program carefully, but the conference has added more sessions to stir the forward-looking producer’s hopes and dreams.

Read more: Screen Forever program now available and it is lean and clever

For screen people, the making of The Queen’s Gambit and its final triumph as a smash hit is probably just as gripping as the series itself. If you have been living under a rock, here is the trailer.

Screen Forever will discover that interior narrative through an In Conversation with executive producer William Horberg. Once the senior vice president of production at Paramount Pictures, he stepped off the golden studio escalator for the visionary world of Anthony MInghella and Sydney Pollack. Over eleven years he produced the series Fallen Angels, and then The Talented Mr Ripley, Blow Dry, Heaven, Cold Mountain and The Quiet American, which was directed by Phil Noyce and shot by Christopher Doyle.

He went on to Sidney Kimmel Entertainment, then set up his own company, Wonderful Films, adding Lars and the Real Girl, United 93, The Kite Runner, Milk and ultimately The Burnt Orange Heresy to his credits, either as producer or executive producer.

Mike Beale, the MD of Global Creative Network, a facet of ITV Studios, will talk ‘about their global strategies, territorial markets, mass audience formats, changing audience behaviour, opportunities for the production sector, and dealing with the disruption caused by COVID-19’, according to the program notes. That looks like everything a producer needs to know about the thinking behind a globalised production conglomerate in the English-speaking world.

We all know that the golden goose of modern screen media is a multidimensional franchise, which used to be a book, then became a comics storyworld, and is increasingly a game. The film of Assassin’s Creed, for instance, was directed by Justin Kurzel, and wobbled at the box office in 2016. At the same time, the franchise budded into a series of novels.

One of the minds behind that franchise at games company Ubisoft was Alexandre Amancio, who then set up Canadian outfit Reflector Entertainment with Cirque du Soleil to develop ‘original cross-platform intellectual properties for a global audience.’

Seven people will crowd into the 45 minutes of the session titled ‘Another Brick in the Wall’, so we can:

‘Join the creatives behind this massive project as they discuss the concept bible, rules, decisions behind the stories used for the novel, podcast, and story book, IP management, production and release timeline, and marketing strategies. Will this multi IP approach be a game changer?’

We can’t have a production conference now without a session on the Unreal Engine. This one will feature Clayton Jacobson in discussion with head of Epic Games LA lab Connie Kennedy and Australian short film maker Josh Tanner.

Here is his Unreal film.

Kennedy is a serious catch for this event.