These hols are going to be harder than usual for kids and parents. Anthony Morris gives advice for the endless hours in front of the box.
Anthony Morris 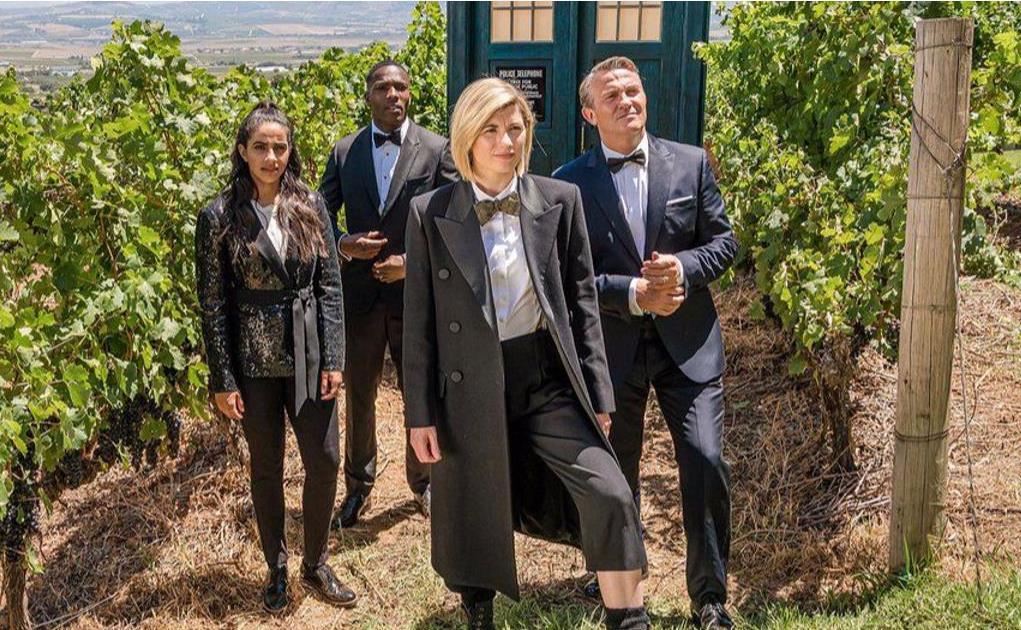 Being scared witless by Dr Who is a childhood tradition. Image via ABC.

It’s no secret that kids get all the best television. Which is fortunate, because who knows what they’d get up to if they weren’t constantly distracted by one screen or another? With most kids in pandemic lockdown, it’s more important than ever to keep them distracted, especially if you’re trying to work from home. Here are ten ideas across all age ranges.

Who doesn’t love Bluey? At this stage, not watching the playtime adventures of this loveable six-year-old blue heeler puppy is more un-Australian than panic buying. We’ve already reviewed the new season, but if you somehow haven’t jumped on board yet, there are a bunch of episodes up on iVew – and new ones aired every weekday.

Available on: ABC iView, ABC kids twice daily at 8am and 6.20pm

Stan has acquired pretty much the entire Cartoon Network line-up from the US, which means they have some of the best animated children’s series of the last few decades on offer. Adventure Time is a bondfide classic and one of the most influential shows in 21st century animation; Regular Show is basically a hilarious stoner cartoon for kids. But if pressed to single out one series – and sadly, I’m forced to admit that while Samurai Jack looks amazing (and actually is amazing), its mix of stylish action and not much else won’t appeal to everyone – then I’d recommend Steven Universe.

Initially the adventures of chirpy boy Steven and his three alien mums-slash-guardians as they divide their time between living on a rundown beachfront town and having weird outer space adventures, this gradually develops into something a lot more dramatic and grounded in real issues and traumas, while still remaining extremely funny and colourful.

The most recent season of the incredibly long-running BBC series was perhaps not the best, but even average Who is brilliant kids’ television. Current Doctor, Jodie Whittaker, is probably more kid-friendly than most Doctors, and while this season perhaps has slightly more scary moments than usual, watching Who from behind the couch (and with a parent close by to point out that alien space monsters aren’t real) is a rite of passage. But move fast: the current series is only available on ABC iView for another week. (Then, you can watch the previous 11 seasons on Stan.)

Superheroes are everywhere these days, so it’s important to instil a healthy disregard for them from an early age. Teen Titans Go! was born from the ruins of a fair more ‘serious’ animated version of the classic DC comics superhero team, and right from the start they’ve been making fun of just about every superhero trope there is. With an amazing joke rate, well defined characters, occasional fight scenes and an antic style that packs a good half hour’s worth of entertainment into every 11-minute episode, it’s easily the best superhero franchise around.

Available on: Netflix, NineNow, and free-to-air on Nine Go! at 10.30am Saturdays

Australian animation has been going gangbusters of late, and this ABC series about a trio of teens (one’s a ghost) who find themselves doing chores for a retired monster-hunter who lives up the end of their street, is a fast-paced, high energy delight. And yes, the chores do involves dealing with a lot of strange and creepy creatures.

The classic tale – or at least, the idea of robbing the rich to give to the poor – gets an all-Australian outback spin in this series where the titular Robbie (Pedrea Jackson) and his sidekicks Little Johnny (Levi Thomas) and Georgia Blue (Jordan Johnson) face off against good-hearted local lawman Shane the Copper (Dan Falzon). It’s a bit more hard-edged than many of the other kids shows here – the poverty of Robbie’s Alice Springs community isn’t glossed over – but its vision of teen life is spot-on and the performances are excellent all round.

Available on: SBS On Demand

More all-ages than Wallace and Gromit, this long-running series of wacky farm shenanigans from Aardman Animations is just as silly and inventive as their best-known series. Not only is the show itself highly entertaining, but once you explain how stop motion animation is actually made then a whole new layer of fascination comes into play. Well, it will if your kids find occasionally spotting a fingerprint in the plasticine fascinating. Maybe I just had a deprived childhood.

Over on 10’s digital channel Bold they’re showing a lot of Star Trek in the afternoons, but don’t be fooled – it’s just the somewhat average Voyager and the no-good-at-all Enterprise, neither of which are worth inflicting on your kids. But if you happen to be up at 8am on a Sunday (and you have kids, so of course you are), then you’ll discover a hidden gem: original Star Trek!

Parts of the show may have dated badly (those skirts!), but for the most part Gene Roddenberry’s utopian vision of the future remains a lot of fun, and can even occasionally be thought provoking. Plus the Kirk-Spock-Bones triple act remains one of the all-time best on television. You’re never too young to enjoy quality ham acting.

Available on: 10 Bold, 8am Sundays

Both Stan and Netflix have a wide range of kid-friendly movies on offer. Stan has locally made winners such as Paper Planes and Happy Feet; Netflix has Paddington 2, widely considered by many to be the best movie ever made. Strangely, while Stan has The Lego Movie (very good), you have to go to Netflix for The Lego Movie 2 (not quite as good), so if you don’t have both services this could be a great way to introduce your child to the wonderful world of international movie rights and how they limit your viewing options.

One of the downsides to the current golden age of children’s entertainment is that kids are denied the pleasures of having to watch old television shows originally aimed at adults (The Goodies, Get Smart) then claiming them as their own. Even a brief glance at any streaming service will reveal enough children’s programming to last any five year-old well into middle age, and yet can any of those shows really compete with the thrill of discovering that the early seasons of The Simpsons are really, really funny?

So while it might be tempting to just let the kids menu on Netflix scroll on into infinity, there’s plenty of perfectly watchable television on the free-to-air networks for kids to discover and puzzle over. Television is a window on the world (especially if they can’t leave the house), and sometimes that window shows old episodes of The King of Queens or Friends.

You’ll probably want to draw the line at Walker: Texas Ranger though.