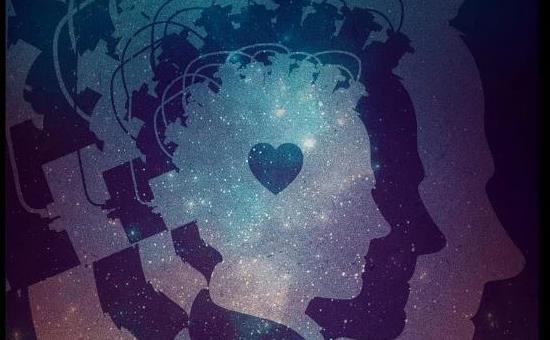 Here is part of the festival poster for The Infinite Man, created by Hugh Sullivan, produced by Sandy Cameron and Kate Croser, which went to key indy festival SXSW. Image: IMDB

Regional film agencies juggle the need to bring in external productions, mainstream local production companies and develop new, compelling talents. There’s a lot of trade-offs and choices, which depend on historic strengths.

Between 2009 and 2012, the original SAFC Film Lab program supported 52 Tuesdays, Shut Up Little Man, The Infinite Man, One-eyed Girl and Inner Demon to completion.The Closer Films Team, Julie Byrne, David Ngo, Christopher Houghton, Ashlee Page and Hugh Sullivan are among the beneficiaries. Indeed, the current CEO of the SAFC, Kate Croser credits the scheme as a valuable part of her career.

Now the SAFC is back with another version of a low budget film scheme with the same vital incentive of a production budget for one film at the end of the development process. It is guaranteed an audience because the Adelaide Film Festival is an investor and provides a festival slot.

Reflecting the rise of the diversity agenda, (seems like something missing here, (the statement read:) ‘At least one member of the team (writer, director or producer) must be from a group under-represented in the South Australian screen industry including: women filmmakers; First Nations filmmakers, Culturally and Linguistically Diverse (CALD) filmmakers, Deaf and disabled filmmakers, LGBTQIA+ filmmakers and filmmakers from regional and remote South Australia’, according to the announcement.

The previous version had an elaborate development program with workshops, pushed along by development executive Stephen Cleary. This version is less collective and more bespoke.

It is leaner with three teams developing projects over a year, assisted by industry mentors. Julie Ryan is now at the SAFC and will run the agency side with Industry Development Executive Kath McIntyre. The total budget is also more flexible, though it will be pretty low. The scheme will be hosted by Mercury CX, which evolved from the Media Resource Centre.

‘It means the filmmakers have an audience,’ said Kate Croser in an interview. ‘We will also work with the makers to navigate the international distribution landscape. There are plenty of opportunities for distribution now that were not available to previous cohorts. It was a time before crowdfunding, before audience on demand platforms and the big streaming companies. We’ll start with the Adelaide Film Festival because its a fantastic way to showcase new South Australian talent.’

Are you funding people to leave?

We find that South Australians are incredibly parochial, even when they leave to grow their networks and expand their experience. Many, many times they will come back and make work here. If you look at the first round of the FilmLab, the majority of those creators have chosen to stay here and build their practice.

Certainly we are trying very hard at the SAFC to create an environment where businesses can thrive and be supported in South Australia. People will make their choices but I’d like to think we’ll make it incredibly effective for them to be able to stay and work here.

Are you thinking of high quality independent films as a career in themselves rather than a career step?

Yes, absolutely. In our 48 year history we’ve been internationally renowned for our feature film work through the South Australian Film Corporation so we want to acknowledge that history and that reputation.

In our work developing new talent and developing new voice, we want to make sure we do it in a way that cuts through and gets noticed. We work very, very closely on this.

Despite all the opportunities in the online world with web series and platforms such as Youtube, we really feel that a great feature film that plays festivals is still the best way for new talent to get noticed. And to cut through on the global stage.

Adelaide has tried to define itself in terms of the arts for a long time.

Adelaide is a real creative centre, and it has been for many many years and that has been my experience running a real creative business myself here. I think one of the reasons is that a lot of inconvenience, and time wasting and the additional financial pressures that might exist in other centres just don’t exist here.

This enables you to invest more time and money into your creative practice and your growing business. So Adelaide really does attract those sort of artists and filmmakers who really want to be able to focus on building something special. There’s just not the same pressure to align you work with what everyone else is doing. You can really do your own thing in Adelaide and have a very successful living. And its communities are very connected.

It means we are supporting distinctive voices, which is exactly what the market is looking for. It is the holy grail of every streaming service, every commissioning editor, every distributor and exhibitor.

In the end the way to do that is to let people make their work, let people be individual and distinctive, doing bold, creative and ambitious work without tying them up with the restrictions and parameters which come further down your career, when you are working in a bigger budget space. And then you do have more masters to please.

But you do have to provide support. You can’t just rely on a community of ideas.

You have to look at where are they are and what they need. Where are their weaknesses? And you’ve got to either put money or resources into helping them and plugging those gaps. They will have that support from the SAFC and our partners Mercury CX without being too didactic.

‘It’s about paying as much attention to your development practice as it is to the actual production.’

Is there a strategic core you can focus on?

I’ve coined the phrase “green lighters”. We’ve got to create more green lighters here in South Australia that suit writers, directors, producers and production companies that actually have the ability to attract finance to a project because the more of the green lighters you have in a place, the more that you have an organic foundational level of production activity that’s occurring. And like you say that kind of community of ideas and sharing and creativity, then that’s flowing through the place so that’s what we’re very focused on here.