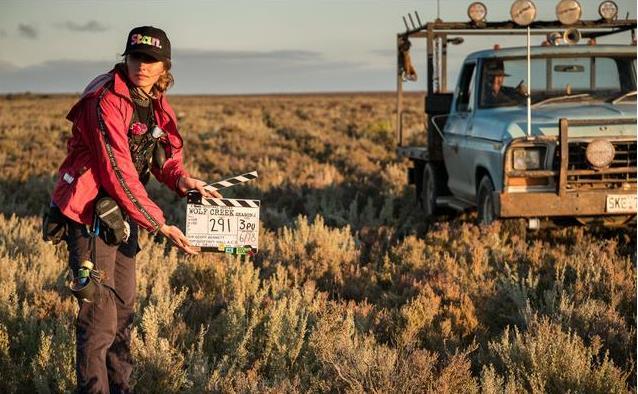 Behind the scenes on the second season of Wolf Creek. Photo: Sam Oster

Commencing May, 2021, the Stan and SAFC Development Fund will accept applications for the first round of development, taking selected projects from concept to pitch-ready stage. All projects must be intended for production and post-production in South Australia.

In her announcement, SAFC CEO Kate Croser spoke to South Australia’s storied history of producing episodic content, including Aftertaste, Stateless, The Hunting, and First Day. She described this new venture as ‘an exciting initiative [that] opens up new opportunities for South Australian producers and writers to create even more bold, innovative and unique series for audiences across Australia.’

The initiative takes a multi-pronged approach to supporting the development of original scripted series. It offers up to $20k as a Targeted Development Grant towards the development of South Australian-owned IP. This funding is intended to boost productions to the next stage of development, and while it is open to projects at all stages of development, it must be able to demonstrate a strong likelihood of being financed and produced.

READ: Screen Australia invests $1.3 million across five online originals, including one about the Emu War

The second is the Matched Market Program, which offers guaranteed matched funding to South Australian production companies who have already secured some support. This will give South Australian producers an edge in attracting market partners for their slates and projects, with the certainty that the SAFC will match their development contribution.

This is not the first time SAFC have partnered with Stan. The funding body has previously worked with 9 Entertainments’ streaming service on the two-season TV adaptation of Wolf Creek. They also recently partnered on upcoming thriller series The Tourist from Emmy- and Golden Globe-winning production company Two Brothers Pictures. The upcoming Stan Original Series stars Jamie Dornan and Hugo Weaving, and is currently filming in South Australia.

‘I look forward to seeing what exciting new series develop as a result.’

The Stan and SAFC Development Fund will open for applications from Thursday 13 May, 2021. More information is available.