The hashtag #IamPOCinPlay was created by POC in Play, a UK-based organisation that develops initiatives to promote and include People of Colour.
Jini Maxwell 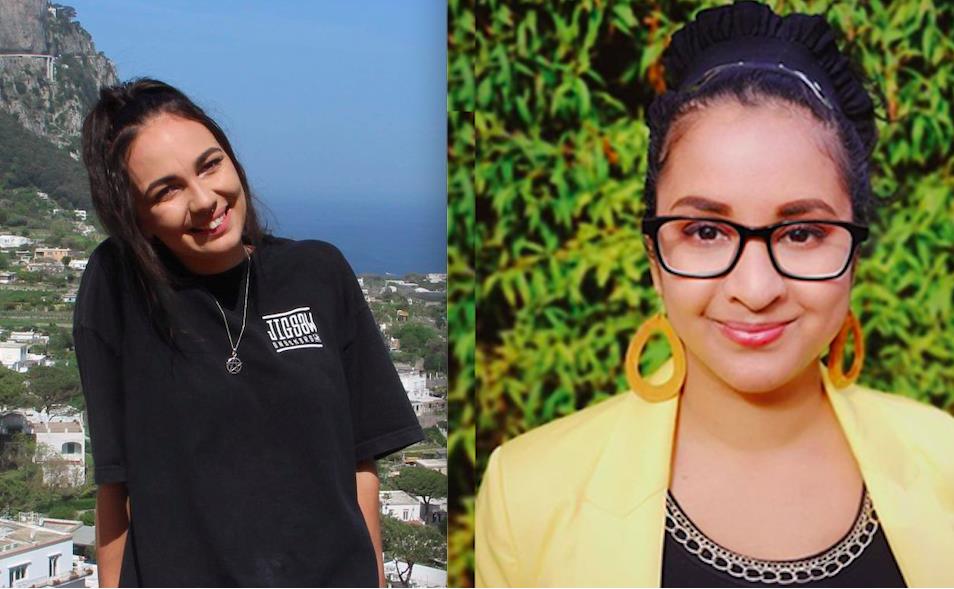 People of Colour working in Australia’s videogame development are adding their voices to the Twitter hashtag #IamPOCInPlay. Created by POC in Play, a UK-based organisation that develops initiatives to promote and include People of Colour in the videogame development industry, and it has since been taken up around the world, as hundreds of marginalised game developers use the tag to celebrate and highlight POC developers, and connect with other game devs.

As well as showcasing the contributions of POC developers to the local industry, the hashtag also offered insight into games, events, and studios that centre Indigenous and POC voices. Melbourne-based studio Dragonbear Studios stood out among these tweets; currently developing Innchanted, a fantasy game informed by local Indigenous cultures that has received funding from Film Victoria and Creative Victoria, the studio is led by Creative Director Paulina Samy, a queer Woman of Colour with a passion for cute games, puns, and inclusivity at every level. She mentions offhandedly that she thinks she’s the only QWOC leading a studio in Australia.

My name is Phoebe, Im a proud Yarrer Gunditj woman and I’m working in the Game Design field. I just completed my bachelor degree in Games Design at RMIT and I have been working on @Innchanted_Game with the team to showcase my culture in play! 🖤💛❤️ pic.twitter.com/aIcBQ5Q4TD

Samy sees visibility movements like #IamPOCinPlay as a crucial part of changing the culture of an industry that has a reputation for being dominated by white men, and in which white men are often treated as the default audience.

‘It’s hard to get motivated on a career path when you can’t see someone like yourself doing it – especially when even only a handful of videogame characters are women – so I think  that showing that there are Women of Colour in the creative industries is incredibly important,’ she said.

#IamPOCinPlay hello! I’m Creatrix Tiara, South/South-East Asian based in Melbourne, Australia. I’m currently running a Fringe Festival in #ACNH (@ACNHFringe), have worked on other games events such as Freeplay, & made a couple of autobio immigration games. https://t.co/FamlTzKugQ pic.twitter.com/hMk62RhLoW

Inspired to move into game development from working in government by the lack of diversity in media, both on and offscreen, Samy set up her studio to be inclusive from first principles, both by creating a welcoming space for marginalised game developers, and by offering training to artists and collaborators who had creative and cultural expertise, but limited experience with professional game development.

The studio applied for funding through Film Victoria to create two mentored, junior roles for Indigenous artists. When the team discovered that there were no Indigenous 3D artists working in Victoria, they hired 2D artist Letoya Muraru, whose art style suited Innchanted perfectly, and trained her in 3D software. Alongside other Indigenous artists and designers, and with extensive cultural consultation, she’s helped to define the culturally-informed creative landscape of Innchanted.

I’m an experimental game designer & independent curator, but have been tirelessly working as Director of @free_play, advocating for emerging game makers. pic.twitter.com/E0VlmO9Psl

‘Maybe three or four of our team are still in the middle of their degrees. And while that meant they were inexperienced in some things, it also meant they weren’t pummelled by the cruelties of reality!’ She laughed. She added that given how few studios have POC, especially WOC, in leadership positions, she treasures the chance to introduce marginalised developers to the industry in a supportive way: ‘I felt like I could cultivate their creativity, and give them experience of a supportive workplace and mentorship.’

She’s keenly aware of how difficult it is for all emerging game developers to get their first credit; working uncredited in junior roles is a trial by fire that, for marginalised developers already dealing with overwhelmingly white workplaces and a lack of support, can be one struggle too many. She’s proud to credit all her junior developers, and hopes that it will be a step towards greater things.

She believes that other studios, especially larger studios could also help change the face of the videogame industry by creating more POC and Indigenous-identified junior positions, or allocated places in their graduate programs. She applauds the good work that has been done towards gender equality in local game development and creative technologies by programs like The Working Lunch and Girl Geek Academy, but she adds that ‘this particular intersection doesn’t get a lot of air time.’

The whiteness of the videogame development industry is a creative limitation, but it’s also a limitation on business opportunities. ‘A diverse studio has a better understanding of the perspectives needed to make a game for a wider audience,’ Samy said. ‘One of our artists is of Chinese heritage, and her contributions to our style has made us very sought out with Chinese publishers and partners, which is a massive market.’

This hashtag helps celebrate the POC and Indigenous developers out there, but also the depth and breadth of their creative expression. Whether they’re working on highly culturally informed games, like Innchanted, running events, or working on incredibly popular titles, these game developers, games, and studios, paint an exciting, complex picture of who makes games, and what videogames can achieve.

Salaam #IamPOCinPlay.
My name is Mohamed.
I’m a child of Lebanese migrants living in the stolen land of Kulin nation.
I conjure works from a practice-based research probe called the ‘dijital djinni’. These manifest as poetry, artgames and immersive installations. pic.twitter.com/UCjzPVlNP2