Designed to target gender-based violence and discrimination in the screen and games industries, the ScreenMATE Bystander Program runs in Melbourne in November.
Rochelle Siemienowicz 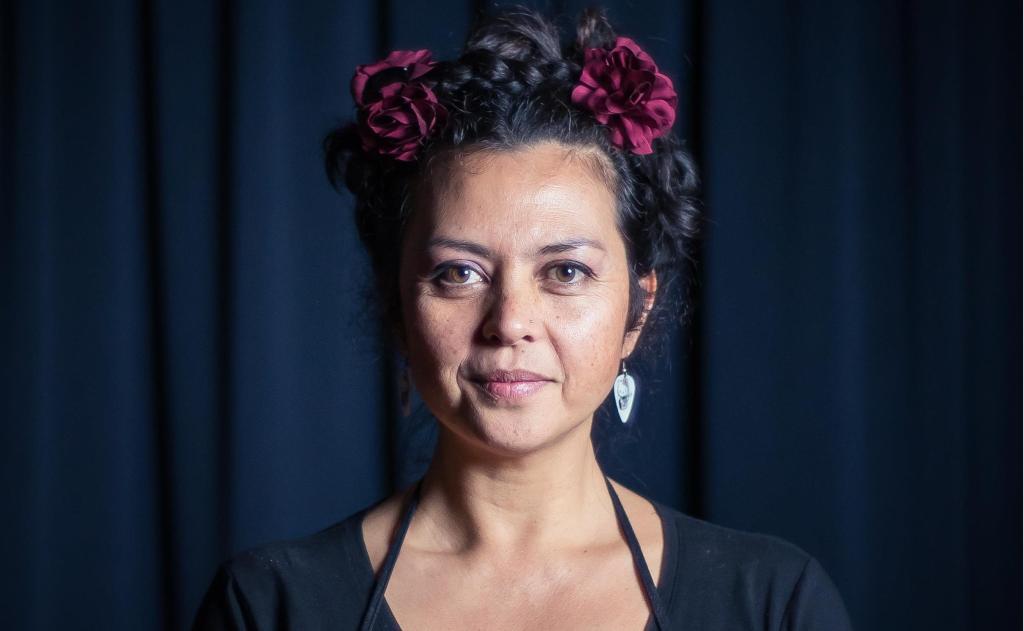 ‘Our industry should be a beacon of change,’ says Katrina Irawati Graham, Board Member of WIFT Australia and facilitator of ScreenMATE. Image supplied.

In a first for the Australian screen and games industries, Women in Film & Television (WIFT) Australia will be running pilot workshops to teach participants how to recognise abuse and harmful behaviours, and how to have the confidence to speak out and offer assistance.

‘I think the screen industry really needs this, and it has to be specific to the kinds of workplaces we have, with so many freelancers and the lack of the usual HR engines to deal with issues and complaints,’ says WIFT Australia Board Member Katrina Irawati Graham, on the phone to Screenhub from her hometown, Brisbane.

Irawati Graham, a filmmaker and playwright (she’s one of the contributors to the currently doing-the-rounds Dark Whispers women’s horror anthology) is also the trained facilitator of the ScreenMATE Bystander Program, and she says she has the benefit of being ‘both a practitioner and an advocate within the space.’

Two four-hour sessions will be run in Melbourne in late November, funded by Film Victoria with support from the City of Port Phillip. This is very much Irawati Graham’s baby and she played an integral part in adapting it from Griffith University’s MATE (Motivating Action Through Empowerment) Bystander Program, that’s been running for eight years and has been used in prisons, universities, mining corporations and even the New Zealand Army.

‘Once I saw the scope of what they did and the impact the program was having through word of mouth, and the ways it changes minds and hearts, I saw the potential for it to be made specific for our industry,’ Irawati Graham says. She credits Film Victoria’s Industry, Skills and Inclusion Manager, Jana Blair, with reaching out and asking for the program to be piloted in Melbourne, and helping to set in place a funding application which has allowed the program to offer a very discounted rate of $50 per person.

Fears, Confusion and Calling Out

This is all part and parcel of course, with a broader range of anti-bullying and anti-harassment initiatives and the 2018 Australian Screen industry Code of Practice (PDF). Irawati Graham says that part of ScreenMATE is about educating participants about those codes and what they cover, and how to deal with breaches. The biggest challenges involve a fear of speaking up, or of creating disharmony within teams or on set, and a confusion about who to approach about a problem.

When asked to give a specific example of the kinds of difficult problems the program is combating, she gives a shocking example that she says isn’t rare, where a female director is on set and all the crew are ignoring her directions or actively belittling her behind her back. ‘If you were on that set, what would you do? Who would you go to? These are the kinds of situations we workshop,’ she says.

‘I want us all to have a shared language and a shared knowledge so that we have the capacity to know what to do when we see a problem, and often the thing to do is to just call it out.’

The ScreenMATE program is all about bringing individuals into a safe space to have conversations that help them to (according to press release) ‘think critically and with empathy about the root attitudes and beliefs that underpin harmful gender stereotypes.’ The workshops, one each for the Screen industry and for Games, will cover areas including:

Each of the workshops has the capacity for 40 participants. When asked who it’s intended for, Irawati Graham says although it’s open to anyone, she wants people in the room who ‘want to be change agents’.

As for what’s specifically relevant to the Games industry, Irawati Graham says this was an area that was identified to her as being in special need. ‘People in games don’t have the same structural experience as someone who goes on set, like a cinematographer, or a makeup artist, for instance. It’s also a very male dominated industry with specific issues, like a 70 per cent attrition rate for women, so we will be giving them different content about making it a safe and inviting place for women to work and be.’

Asked if there’s a danger the workshops will just ‘preach to the choir’, she says that even among the educated and aware, there is scope for empowerment and change. ‘Every time I do one of these programs it changes me too. It’s about making us better human beings who are able to work together and to support each other.’

Has there been pushback against the MATE Bystander program, specifically from men who may perceive the current climate as overly sensitive or censorious? Irawati Graham she says she’s seen it turn around, ‘where they come in with their arms crossed, very resistant, but all we have to do is lay the evidence out in a really clear way that builds the case. We never tell people what to think. Just present it in a very human way. And then people’s eyes pop as they suddenly realise, “Oh my gosh, I’ve just realised what I’ve been doing all my life, or what my sons do, or what’s been happening to me and why I felt so bad.”

This being a Women in Film and Television event, there will be a free creche on site, an increasingly more common offering, thanks in large part to WIFT’s recent agitation. (See the Screen Forever Conference Creche next week.)

Irawati Graham says the Screen industry should be ‘a beacon of change,’ because ‘when our industry changes we also trigger larger cultural change because of what we do and how we do it. That’s our privileged position as storytellers.’

All information about ScreenMATE and the upcoming Melbourne workshops is available at WIFT Australia.