In response to the latest outbreaks of COVID-19, Revelation Perth International Film Festival have cancelled their opening night, and the following day of programming.
Jini Maxwell 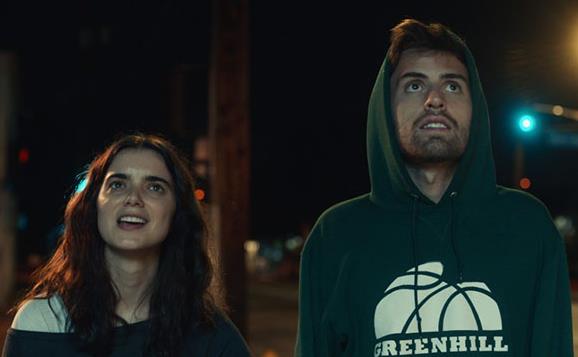 Freshman Year is one of the international indies to make its Australian debut at the festival. Image: Revelation International Film Festival.

In a tragic start to the film festival season, Revelation Perth International Film Festival has been forced to cancel their opening night and first day of programming. This decision comes after the announcement of a 4-day lockdown order across Western Australia, which coincides with both events.

The Melbourne and Sydney film festivals which cover the month of August will have their fingers crossed that the COVID Delta variant is brought quickly under control. While they survived 2020 pretty well, they would face another lockdown with depleted finances and depressed audiences.

Festival Director Richard Sowada reassured cinephiles that the Festival has every intention of continuing its program when the lockdown lifts on 3 July, until the festival concludes on 11 July: ‘The program picks up as soon as lockdown lifts – we come out of lockdown ready to rock on Saturday 3 July (for the moment)” he said.

In the spirit of the festival’s theme of ‘Distant but Connected, the team’ have announced they are looking into virtual options for the cancelled events, and plan to begin broadcasting events from 1 July.

‘Our first talk will be with Cooper Raiff – director, producer, writer, editor and star of the sensational SXSW award winning film Freshman Year,’ Sowada said. Details of these newly digital talks are forthcoming on the Festival’s website and social media channels.

This award-winning American indie is one of Revelation Perth International Film Festival’s diverse, exciting 2021 program. The festival showcases films from around the world, which this year includes police surveillance documentary The Monopoly of Violence, and award-winning cartoonist Dash Shaw’s first feature-length animation, a psychedelic delight called Cryptozoo, the screening of which has also been cancelled due to lockdown.

The program also highlights local, low-budget features, including The Neon Across the Ocean is made by Filipino-Australian Matthew Victor Pastor, which is the first in a trilogy about the pandemic.

Striking quite a different tone is a horror film with a distinct local flavour: We’re Not Here to Fuck Spiders, written and directed by Josh Reed, and produced by Rob Gibson and Sarah-Jane McAllan, tells the chilling story of a planned house invasion that goes horribly wrong.

From its inception in 1997, Revelation has earned the honour of being ‘the most hardcore arthouse film festival in Australia,’ according to Screenhub’s David Tiley. This continues to be true under the stewardship of director Sowada and program director Jack Sargeant.

Revelation is also executive producing four short films in collaboration with the local City of Vincent, which will be curated as part of a separate showcase called XR: WA. This showcase focuses on the immersive technologies of videogames, augmented reality, and virtual reality, and will run later this year, 17-9 September.