Palace Cinemas is the largest exhibitor committed to arthouse film and therefore festival-driven Australian productions. Now it seeks some changes in its financial structure.
David Tiley 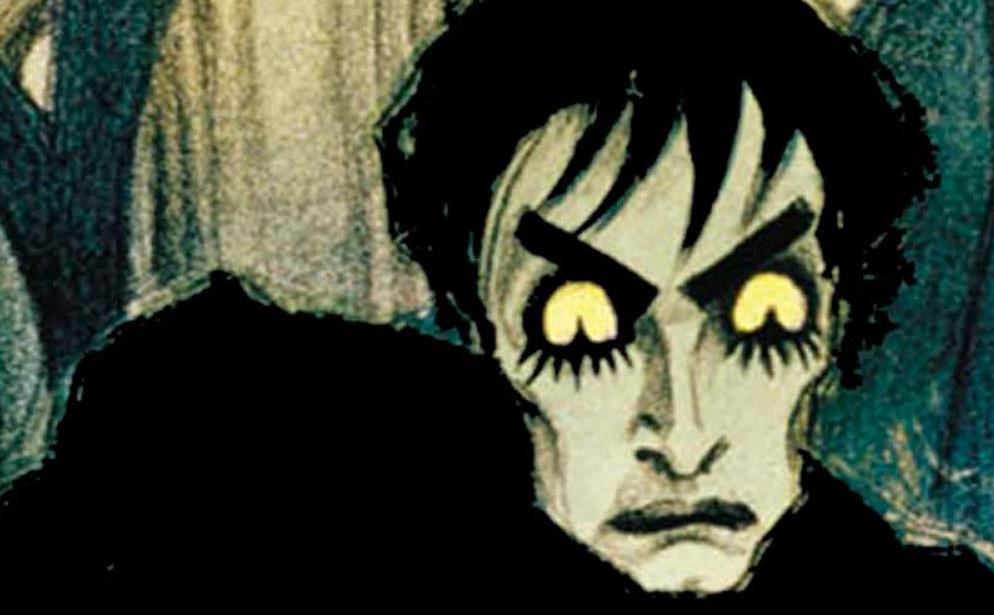 Is something dreadful happening to our arthouse circuits? Poster for a musical screening of Dr Caligari  for La Decontradora Festival. The full poster is for sale.

Eight days ago, the Australian Financial Review headlined a story, ‘Hoyts eyes off Palace Cinemas’. It was of course carefully written. ‘Street Talk understands Palace owner the Zeccola family has tapped PwC to run a sale process and Hoyts is one of a handful of parties to have expressed an early interest’, it remarked.

Concentrating on the Hoyts side of the story is a smart move because it does not comment on why the family would want to sell any part of Palace.

The article points out that Hoyts is expanding beyond its 450 cinemas as streaming becomes more of a competitor. It is owned by Chinese titan Dalian Wanda. We have reported the growth of that company which at times claimed to be the largest cinema chain on the planet with iconic exhibition companies around the First World. Wanda’s ownership is probably too high level to make much difference to exhibition strategies, and it has run into financial trouble and opened itself up to ferocious competition from another Chinese company with a firmer grasp of Western culture, Sunac Culture Group.

Hoyts makes its money like any other major chain, running tentpole movies to suck in young audiences, minimising staff, taking advantage of the occasional mature age title, doing deals with minority culture companies to serve student audiences, selling a heap of popcorn and staying as close to a carpark as possible. If anyone can run a stable exhibition company, Hoyts can.

Palace is a boutique company expanding from its 22 cinema base in Melbourne, Sydney and Brisbane.  It understands its local market and builds the foyers and fooderies to match them. It has a system of national film festivals which is considered to be profitable and gets a lot of data from the sales and credit cards in each location.

Above all else it understands the nature of its market segments, so it knows how to appeal to older people, targets folks who go in groups and is mainlining the power of stories that appeal to women. If anyone can run an audience-facing cinema chain it is Palace.

Why would Palace want out of a business it knows so well? And why would Hoyts take it on? There is speculation that Palace is under cash flow pressure. Their kind of exhibition business is expensive to run in all those pragmatic areas like maintenance, cleaning, penalty rates and perishables. It has certainly expanded recently, and has operations in very high rent areas. They have plenty of customers, but fickle is fickle and it’s hard to make a profitable buck.

They may have also looked into a crystal ball and seen a future which goes from tough but tolerable to a slowly shrivelling balloon as the streamers pick up the films they want and the tentpoles keep on delivering and the ageing Palace audience prefers the television. What happens, for instance, when too many older people are still paying rent? How fast is that wave approaching?

I believe the story that the Zeccolos don’t want to exit the business, but are open to other configurations. It is difficult to see how Hoyts would want to partner in a boutique business which is only open to it because the market is hostile. But we can imagine Hoyts looking carefully at a map of the Palace forts and wanting some to strengthen its own empire of tentpoles. It would be logical that those sites would have high rents, with maybe a demographic which is sagging towards the blockbuster audience, now carless but on the train…

There are other deals too. Palace is already in partnership with The Nova in Carlton, the Kino in Melbourne City and the Leederville in WA. Maybe that model can be extended. It could sell cinemas and continue to supply them… it could go international in partnership.. That is what PwC will work through.

The idea that Palace ceases to exist will give arthouse audiences the willies, while the Australian cinema relies on the boutique system for its current business model. So this is the kind of shiver in the foundations that we don’t need. But it has a long way to play out yet and may turn into a deal which makes no difference to the offerings in the cinemas.

Besides, Palace may end up in partnership with completely unexpected players.