The Entertainment space at the ABC is probably the most intense ideas machine in Australian TV. The ringmaster, Nick Hayden, gives a great interview.
David Tiley 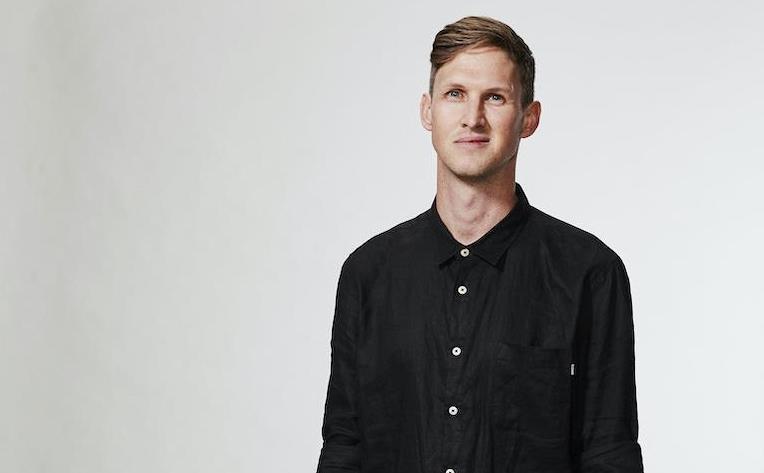 The man himself. Source: ABC

An interview with the Head of Entertainment at the ABC ought to be fun and Nick Hayden has had a fascinating career path. What I didn’t expect was the sense of surprise and challenge he would convey.

Hayden has been plunging around in the ABC’s formatted fun space since 2016 and is now ‘driving its popular slate of programs such as Gruen, Hard Quiz, Mad as Hell, The Weekly, You Can’t Ask That and the upcoming Reputation Rehab’, according to a statement he probably wrote himself.

From the outer suburbs to the world

He grew up in Western Sydney, with a lot of travel in his early 20s. ‘I will definitely say I’m adventurous,’ Hayden told Screenhub. ‘I love a little bit of danger and risk taking. But that is almost almost an Australian characteristic, especially I would say in my generation. And maybe that influenced my creative decision making.’

Hayden wove his scary passions round a BA in educational psychology and then a Masters in digital media, cinematography and film/video production at the University of NSW until 2006.

‘I learned a lot of the basic production logistics’, he said, ‘essentially just half of what it takes to get something made, which is from editing, shooting graphics, sound, all the bedrock of production.

‘But the thing I learned most from that was about creative thinking and being comfortable with a complex idea.’

That is not a usual answer – the sector is mostly about a ruthless hunt for simplicity. If you can’t pitch it you can’t make it.. and so on.

After graduating he fell in with the Jungle Boys, starting in 2007, moving onto Radical Media for a Showtime series called Six Beers of Separation.

Falling in with a Hungry Beast

Then he became part of the Hungry Beast crew with Andrew Denton and Anita Jacoby at Zapruder, where he edited the original Gruen series.

‘It was incredible,’ he said in a rush. ‘It was a hot box of learning how to make TV and content in a very specific way and a really rigorous way. Like, again, where do ideas come from – that was a huge part of the time at Zapruder. And then shaping and honing those ideas and working and reworking them to the best possible form. And defending them was a key part of that time.

‘It was half training wheels and half just chuck you in the deep end. And I think it probably probably taught me more about executing your creative ideas than any other experience in my professional life.’

‘[Zapruder] was half training wheels and half just chuck you in the deep end.’

Hayden then worked on commercials, became an award-winning TVC hero (a Cannes Gold Lion is pretty cool), went to Ten as a senior producer on the breakfast slot, and had an on-screen role at Foxtel despite his unlightable deep eyes and beetling brow. (That description comes from him).

From there life got serious at SBS, starting with the wondrous Lee Lin Chin on The Weekend Shift before setting up and executive producing The Feed for three years.

He began doing the preliminary work to prepare for a Masters in Business Administration, but went sideways into a six month leadership program run through SBS involving MBA units at the Melbourne Business School. They were designed to cover the career transitions from making to managing, budgeting and tracking outcomes.

Facing up to spreadsheets

For many people that is a long, slow journey from the fun of making shows to a glum life with business plans and budget shaving.

‘I don’t see it that way,’ he said. ‘Some of the most influential people I’ve worked with are far older and they continue to be fine and have fun. They have a sense of playfulness and they are still cheeky. The word management is kind of loaded but I prefer to use the word culture.

‘If you can foster a place, especially in the creative industries, where people are free to speak openly and discuss their ideas without being shut down, with the notion of the best idea wins. If you foster a culture like that, which is also supportive and inclusive, then you’re onto a winner.’

There is an underlying drumbeat of criticism about the ABC’s approach to entertainment. Auntie is supposed to be above the hunt for audiences, and a public broadcaster should wear a tie even on the radio. Meanwhile, the commercial broadcasters snipe because they want to own that space themselves.

Does Nick Hayden feel he runs the Department of Silly Stuff? He certainly has a sense of mischief.

‘The word entertainment is literally enshrined in the charter. The ABC is there to educate or entertain or inform Australians and that is exactly what a great entertainment program should do. Nothing is made that doesn’t have a layer of information – the best entertainment show makes you laugh and teaches you something you didn’t know. All those enduring ABC brands do those two things.

‘The word entertainment is literally enshrined in the [ABC] charter.’

‘For example, Gruen is a very funny but very considered program with experts in their field, but there have been times when panellists have cried on the desk. They have discussed mental health, suicide, genuinely serious moments, but the tone of the show allows it to shift.

‘But I totally can’t put it any more simply than I have –  a really great entertainment show is going to make you laugh and make you think and tell you something you didn’t know.’

Risk is still a dirty word

The entertainment space at the ABC occasionally explodes in nasty ways, which is tough when you make comedy and reach for new audiences. Wowserism still lurks in the shadows, waiting to pounce.

‘I’m very, very conscious of minimising risk’, Hayden said, ‘because creativity is so subjective. And just because you like something, there’s no guarantee an audience is going to feel the same way. So I think creative risk taking is important but you also need to mitigate those risks as best you can.

‘And that’s done in a number of ways. It’s the team you choose to execute the ideas or the amount of time you spent developing an idea, or the diversity of ideas so you don’t put all your eggs in one basket, for instance. So there’s lots of different ways to get around it and it’s a balancing act.’

The original preparation of doing an MBA came back with an unexpected offer at the AGSM@UNSW Business School. He is now deep into it, as well as running Entertainment at the ABC and participating in a busy family with a small child and a new baby.

Read more: ABC takes another battering as we are distracted by the plague.

‘The other thing is it uses a different part of your brain. Like I said, to go back to my comment on complexity – the creative industry or media is built on subjectivity. Creativity is subjective, what you know and like is not what somebody else is going to get. So you need to be comfortable in the grey area. And that’s what I really love about content creation, and about generating new ideas, is that you really need to be comfortable moving in that very grey space and contesting your ideas and defending what why you think something is good versus bad, why it isn’t working and what you think can be done to improve it.

‘Whereas there are a lot of elements like that in the MBA, but there is also way more black and white. The financial elements are the bedrock that is mathematics. And it’s often a question with a yes or no answer. Or this number is correct and every other number is incorrect. And that aspect of it uses a completely different part of the brain than I use usually in my day to day work and life.’

In some ways the screen sector is a giant test bed about the changing Australian identity, particularly at the ABC and SBS. So the question just bubbled to the top of my mind. How would you, Nick Hayden, describe the Australian identity?

‘I don’t think I’d be qualified,’ he replied. ‘Because the Australian identity is 40,000 to 60,000 years old. And its so complex to marry our Indigenous history and then our colonial and post colonial history. I don’t think I’m qualified to sum it up’.

The words that reverberated through our discussion are creative, and ideas.

‘A new idea is one of the most exciting things. I find them electric. That’s the way I’m wired and there is nothing I can do about it.’

That’s a good thing given the pressure the ABC is under at the moment.