NFSA defended by Zali Stegall, independent MP with a sense of humour

The National Film and Sound Archive has been battered for a long time. MP Zali Stegall mounts a forlorn defence in Parliament which may well be mocked.
David Tiley 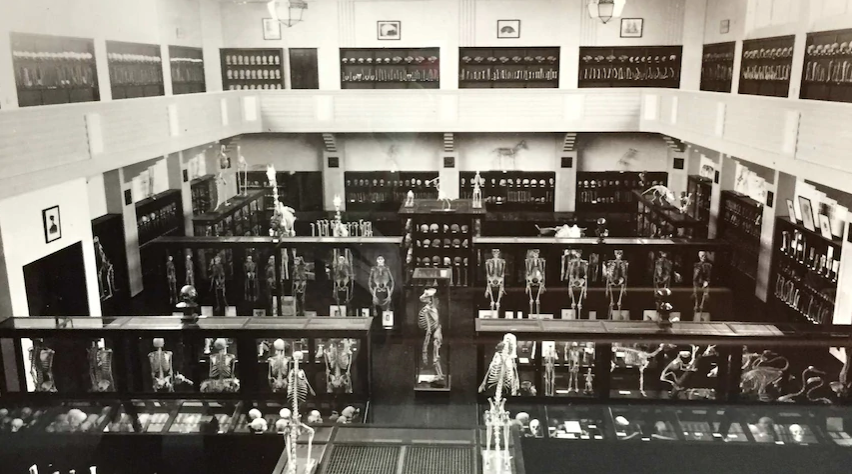 In the 1930’s the NFSA building was the Institute of Anatomy. This is truly what the main atrium looked like.

Zali Stegall, the Independent Member for Warringah, has put a question on the House of Representatives Notice Paper, addressed to Paul Fletcher. It was discovered by Film Alert 101.

Fletcher is used to ugly questions and evasive replies and knows how to deal with this one. But it is a doozie.

Primed by any one of a thousand people in the sector, Stegall points out that the budget for the NFSA has declined by 20% in real terms over the last decade. To restore the loss, the government needs to allocate an extra $6 million.

The government which turned an undergraduate history degree into the most expensive course in the country is unlikely to favour the opinion of wet-eyed fogies with a passion for the past. So we guess no, which in turn will not be said directly.

The NFSA has slid not-so-quietly away from it initial mission of a) stopping film footage from exploding, and b) copying it onto safety stock and c) putting the nation’s audio-visual heritage into giant fridges with a 300 year guarantee on them. Now it is being run by a highly civilised theatrical guru from the Sydney Theatre Company and the pressure is on to turn senior management into travelling picture impresarios.

Read: New head of NFSA is a culture vulture faced with a techno trap

So, wrote the clever Stegall, will the two empty NFSA Board positions be filled by pundits who ‘satisfy one or more of the following criteria: (i) background in the management of memory institutions, especially audiovisual archives, and their relevant professional disciplines; (ii) academic standing in the history disciplines, especially the history of the screen and sound media; and (iii) active professional connection with the screen and sound industries..’ which is an awfully long way of saying experts.

The government’s answer is likely to be cribbed from The Modern Poltician’s Guide to Smartarse Questions. And mean no.

Will they legislate to make this mandatory? You have to be joking.

The Minister will have ideas about this. He will send over NBN technicians to install some extra software to do the work. And then the whole sad flock of deep time superheroes can be sent away forever with free library cards and a discount on ABC iView.

The government gave the NFSA $5.5 million to digitise the endangered material by 2025. Zali Stegall really did stretch credibility by suggesting a further allocation of the same size for 2026 and beyond.

Fletcher will be shocked, shocked I tell you. How could Australia’s loyal civil servants work so slowly? This emergency will not be fixed by 2025, even though the work does not actually provide an opportunity to cause suffering?

But we know that the NFSA asked for twice that amount in the first place. Pensioners can find cheaper brands of cat food but technical stuff is not compressible in the same way.