NFSA: making the collection matter in the world beyond screen

The National Film and Sound Archive is becoming a different beast. Who better to explain than the Chief Engagement Officer? He turns out to make his magic from story.
David Tiley 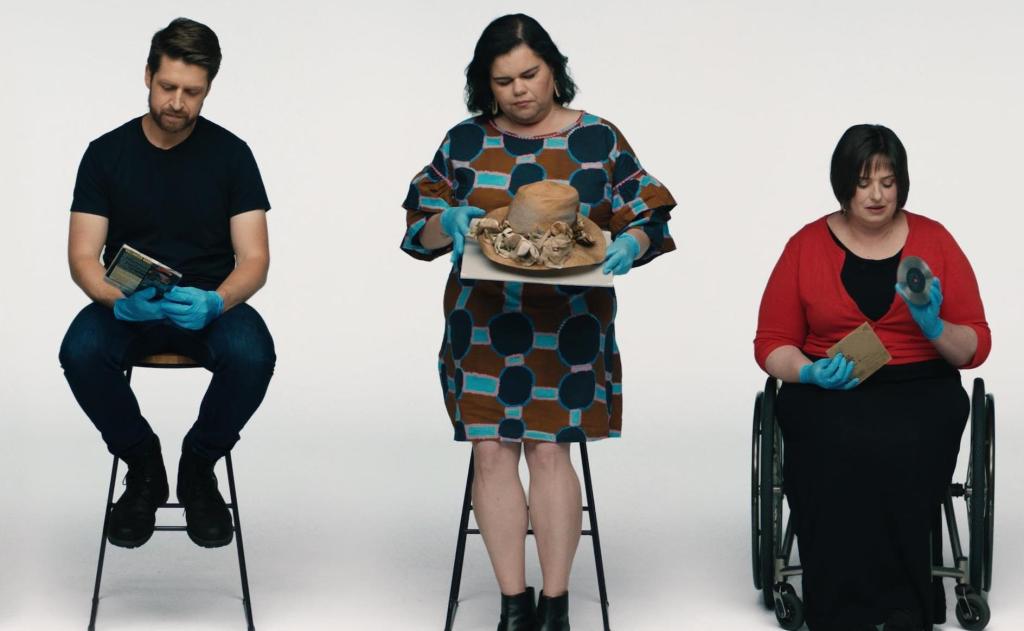 To the screen sector, the National Film and Sound Archive (NFSA) exists to store their work, to give them a place in history, to create monuments to careers. Documentary makers want easy access to the material for their own films. But the NFSA talks about access to the collection by the public, which is a very different view.

A new vision for the NFSA

This wider role is run by the Chief Engagement Officer. His name is Mathieu Ravier and he comes from France, and fell in love with Australian cinema. The reason why opens the door to his different vision of the collection.

‘It’s a really really hard question to answer,’ he says, ‘but I’ll give you a couple of things just off the top of my mind.

‘One is, unlike France, Australia has an incredible sort of contradiction. It is home to the oldest continuously living culture in the world. And also it’s a new country which has been seeking to define itself culturally, and I find that fascinating.

‘Coming from France we grow up with the burden of history and national identity and it seems harder to create new avenues for thinking about who we are. And I think in Australia we have an incredible opportunity, especially through reconciliation, to define the cultural identity of Australia and our present and what our future looks like.’

Thinking about who we are

He continues: ‘Film in particular has done a really great job of helping us think about those things whether in documentary or fiction. The work of Warwick Thornton is an example. I just love this idea that there is an opportunity to write that story, collectively, and that filmmakers can help us do that.’

‘Everyone who comes into contact with a collection will have a different experience. We’re not going to dictate what that experience looks like; we can provide avenues to explore or we can provide stories, starting points.

‘But really, there’s nothing better than the moment when a visitor connects for whatever personal reason with a piece of the collection. And then takes that home with them, either to create or to develop new ideas, or to confirm or evolve their beliefs. Collections have the power to do that and all we have to do is just to facilitate that encounter.’

The NFSA has a million physical objects in its collection.

But the encounters are not about endless screenings of The Sentimental Bloke, or rows of Akubras in glass cases, though these too have their place. Instead, the NFSA provides context in a way that opens up the myriad meanings.

The Archive runs screenings, works with schools, streams on systems like Canopy accessed through libraries, and participates in restorations. Curated exhibitions are sent out across the country; the dresses from The Dressmaker were shown in Canberra last year and will travel after the pandemic. The NFSA has quietly loaded a lot of its most intriguing material on the website, from clips to posters, articles to exhibitions and posters to publicity shots.

‘We now have deep dives as well,’ says Ravier, ‘which are recorded events with talent from the screen and sound industry as triggers to explore more as a collection online. Our YouTube channels also share a lot of the collection.

‘During the lockdown we’ve launched online live events, which are screenings, or talks, or our virtual vinyl lounge, for example, which are free and available to anyone in Australia as a kind of live event with special guests Q and A’s, etc. So it’s been a really interesting way to share the collection further and with new audiences as well; as tragic as the lockdown has been, it’s been a really great accelerator for us in terms of thinking about how we use digital technology to share the collection.’

That concept of contextualisation is dear to any contemporary museum, though a moving image collection has a great head start. It is modern and crafted for entertainment, and takes audiences deeply into the world view of the artefacts. Here’s just one example: in 1936 the NSW Police turned on a carnival for 50,000 people. It was a festival of brawn, an orgy of masculinity which climaxed in a motorcycle chariot race using pairs of Harleys bolted together. The clip shows the extraordinary amount of effort involved, and the amazing number of working hours to create these demonstrations of precision. It wouldn’t happen now, though lines of black-armoured police at a demonstration maybe has the same effect. We of course are left to ask why, to track our braids of experience back into the cloth of the times.

The National Film and Sound Archives is a public-facing government institution which actually looks out into the broad fields of Canberra. While it navigates that particular problem, it has maintained a genuinely funky architectural treasure in the former Institute of Anatomy Building, almost certainly the only Art Deco building decorated with symbolic platypuses.

The task of turning the contents into a process of public meditation is a serious challenge, which feels like it has only just begun. The building will re-open on 1 August to reveal a new public space and an exhibition experience called Hive.

Mathieu Ravier’s description shows us how the ambition can grow.

‘We always have to find the balance between looking after these items in the best way possible, and sharing them with the public. And so one of the ways that we’re doing that with Hive, for example, is a story wall installation, which features six of our staff members, each with one object from the collection that particularly speaks to them.’

They are presented as life-sized projections composed between the NFSA and the SBS Digital Creative Labs. They talk to individual visitors through their mobile phones, engaging with the intimacy of friendship.

‘It’s a really wonderful way to experience very personal and very passionate connections that the people who work in the archives have with the collection. And it’s very hard not to be affected by that enthusiasm as a visitor, when you come to the NSA and hear from some of these team members around their passion for the collection,’ Ravier explained.

‘The point is always the story. In our team, we look at everything from the perspective of what makes a good compelling story. And then sometimes that uses an object, sometimes it uses a piece of footage, sometimes it uses an expert’s interpretation of a piece of footage, but always it’s about telling a story that resonates with an audience, and hopefully telling diverse enough stories that a multitude of audiences can engage and in ways that are accessible for a very diverse range of people.’

One of the Storywall staff members is Tasha James, seen with a hat from The Fringe Dwellers. The film, says Ravier, ‘is the first time she as an Indigenous woman ever saw her identity reflected on film. She tells the story of that very, very personal connection with a great film from history. That, in turn, allowed her to tell a story about herself and her place in the world, which can resonate then with the viewer, which is incredibly important because it’s how we form, collectively, a sense of who we are as a culture, and as a country,’ said Ravier.

‘So, even with a very very simple object, a piece of costume from the film, you can tell stories that are incredibly rewarding and incredibly empowering as well. So it’s always about the story. The story is what gives the object or the piece of footage or the song or the sound that we’ve collected its real relevance.

‘Unlike filmmakers, our team don’t come at it as artists, telling a particular story. We come at it as facilitators who want to get the best out of an encounter between a visitor, and the collection. What story they end up leaving their visit with in their minds or in their hearts is is partly up to them, and that’s perfectly fine to think.’