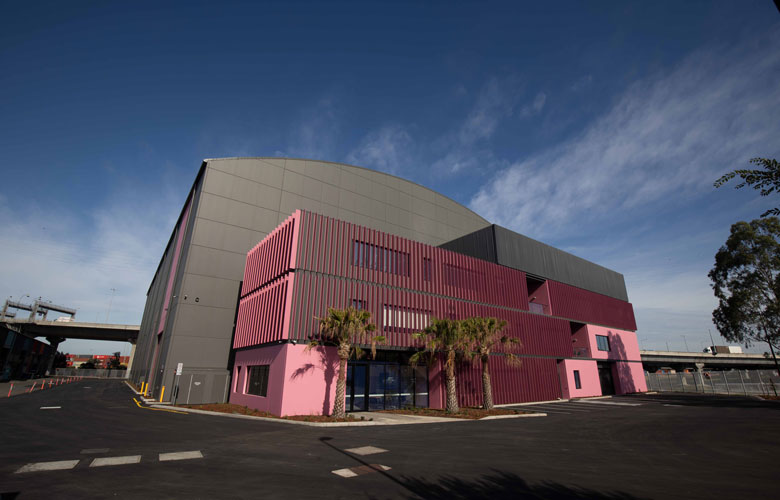 Victoria’s Docklands Studios has opened a major new sound stage which is set to accommodate much larger-scale sets.

The $46 million stage, which is simply called Sound Stage 6, includes a completely soundproof set and a 900,000-litre tank for underwater scenes. It increases the Docklands Studio’s capacity by 60%, with an adjoining three-storey building housing studio operations and production offices.

Local and international film productions are already booking into the sound stage, with the first in line being Better Man, the new Robbie Williams biopic.

Australian actor Rachel Griffiths said: ‘I’m so excited to see this state-of-the-art studio open in my hometown and I thank the Victorian Government for recognising the cultural and economic value of ramping up our studio capacity’.

‘While the facility has long been at the heart of the state’s screen production sector, the opening of Sound Stage 6 will boost our fast-growing reputation as a go-to destination for international producers,’ Docklands Studios Melbourne Chair, David Hanna, said.