A cartoon about a young boy with big dreams, ‘Mansour’, will celebrate the Arabic language and provide a role model for young people.
ArtsHub
[This is archived content and may not display in the originally intended format.] 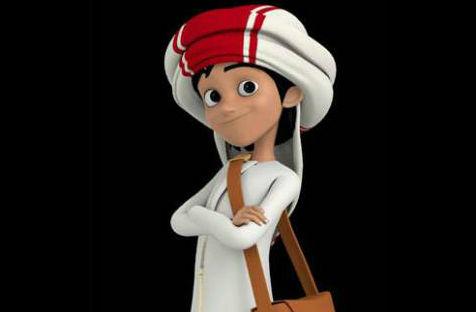 While Aladdin may still be the most famous young animated Arabic man on international screens, there is a new contender in town. Mansour, a cartoon about a young boy who dreams big, will start in the United Arab Emirates this month.

Funded by the Mubadala Development Company, Mansour has signed on with Abu Dhabi Media and Dubai Media Incorporated, which means that both organisations will have the rights to broadcast the cartoon’s first season.

Being a relatively new boom country, the UAE has undertaken drastic transformation over the past decade alone, but Emiratis only constitute 10 per cent of the country’s total population, which causes problems surrounding identity and culture.

Mansour was created as somewhat of an antidote to this problem, and is hoped to provide a role model for young Emiratis by encouraging children to keep the bonds to their heritage strong.

The storyline will encompass issues facing young UAE Nationals, and is the first Emirati production to use high quality global animation techniques, such as those used by Disney and Nickelodeon.

‘The power of the cartoon comes through the richness of the characters, the challenges they face, how they overcome them, and the strength of the storylines. Communicating important values and principals is something that will happen naturally throughout episodes.’

The show will run for 13 episodes per season with each episode lasting 11 minutes.