Love this! Netflix wants your Two Thumbs Up and here’s why

Like, love it, or hate it – Netflix's new feature is a means to collect all-important data on its subscribers' most heart-felt preferences.
Silvi Vann-Wall 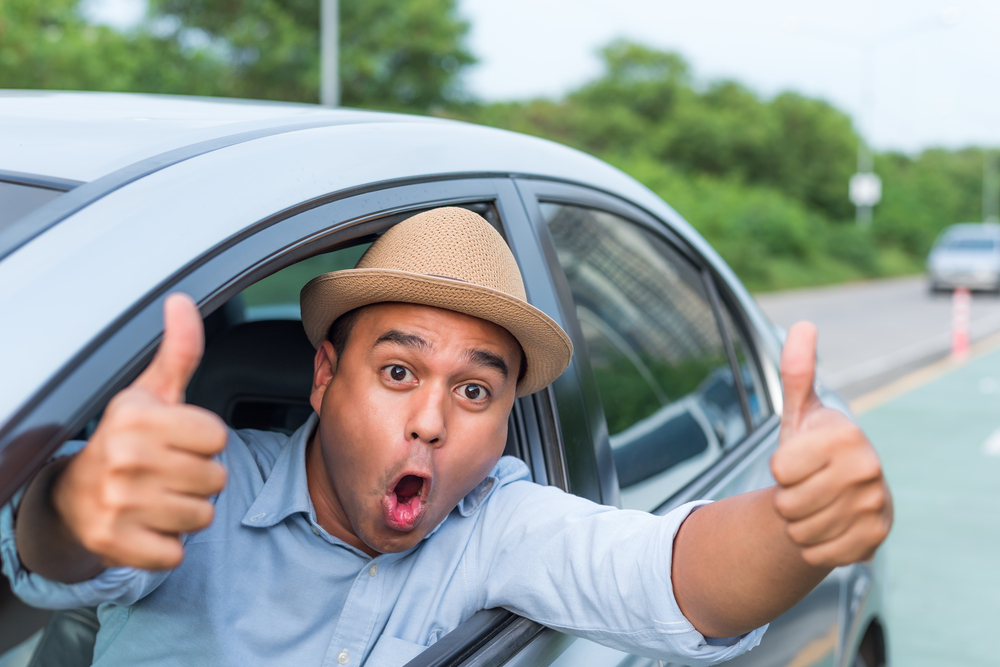 Remember when one thumb-up was good enough? Image: Shutterstock.

If you’ve been watching titles on Netflix in the last couple of months, you’d have noticed the new inclusion of a ‘Love this!’ button, denoted by two thumbs up. While the platform already had ‘I like it’ and ‘Not for me’ options as a means for users to give feedback about what they were watching, this addition helps you tell Netflix which shows are your most favouritest shows of all time.

Netflix is trying so hard to figure out what we want to watch, you’d think it would stop cancelling excellent original shows like The OA, GLOW, Tuca and Bertie, and so on and so on … but alas.

This is the final article in our report on Netflix’s shares and subscriber drop. Click here for part one and part two.

Professor Amanda Lotz from Queensland University of Technology’s Digital Media Research Centre and School of Communication said the ‘two thumbs up’ approach is not just a publicity ploy.

‘Asking subscribers to indicate what titles they love helps Netflix prioritise titles likely to keep people paying. They are doing this in an environment in which subscribers are starting to cancel as much as add new services.

Professor Lotz has also authored a new book titled Netflix and Streaming Video: The Business of Subscriber-Funded Video on Demand.

‘Netflix wants to know what you love because it is core to maintaining those monthly fees,’ Lotz said.

The move can essentially be seen as Netflix testing the waters to see which titles we love so much that we’d forgive a bunch of ads playing through them.

‘The metric of success for ad-funded channels and for movies in cinemas is simply the number of people who turn up to see each title. But the titles that attract the most viewers generally aren’t the ones that resonate most deeply. To earn a monthly fee, subscriber-funded services need titles that resonate.

‘A key difference in the business of subscriber-funded streamers is that their business model prioritises serving viewers rather than advertisers’ desire for the most viewers.

‘Subscriber-funding allows services to benefit from creating or offering titles that clusters of viewers truly love, even if they don’t attract an exceptionally large audience.

‘As the number of streaming services grows faster than household budgets, it’s those titles scoring ten that are more likely to keep you paying, even if those titles aren’t among those on Top 10’ most-watched lists.’

Lotz said the problem for Netflix was that it was not easy to know what titles earn the highest satisfaction factor.

‘There are indicators – such as the first content a new subscriber streams, how quickly someone consumes episodes, or titles that are rewatched, but this rating feature suggests those indicators aren’t sufficiently effective,’ she said.

‘I think of the titles that deliver my highest satisfaction and it would be difficult to identify just from my consumption. Often, I’ve found them long after they entered the library and I didn’t watch them quickly because, well, life.

‘In some cases, I savoured the final episodes, spacing them out because I didn’t want the story to be over or wanted to save them for special occasions. None of that behaviour would register just how much I value those titles, while I often view titles that everyone is talking about quickly to see what the fuss is – although rarely do those titles earn a high satisfaction mark.’

I can relate – some of the best TV shows I’ve seen on Netflix are things I’ll only ever watch once, because watching them a second time would cheapen the experience. This isn’t something I can communicate to the streamer directly – only that I watched it and I liked it/didn’t like it.

Professor Lotz added that while streaming services have access to exponentially more data about viewer or household-level viewing relative to the pre-digital industry, it’s not always enough.

‘Asking viewers to indicate most highly valued titles helps the service understand how its subscribers value different titles and to target spending on new titles efficiently,’ she said. ‘This is a very different programming logic than has previously driven our understanding of successful series and movies.

‘On-demand delivery doesn’t require the whole audience to watch the same thing at the same time, which is important because it expands the scope of stories that can be commercially viable.’

Are you still watching?

Regardless of which direction Netflix moves in, it will be interesting to see what it does next. Although it is facing its greatest revenue and viewership loss to date, its influence on the world of streaming video on demand is undeniable – so whatever it decides to do is likely to be copied by other streaming services.

Unless, of course, it’s all a colossal failure, which would led to the first giant of streaming going supernova and all of the world watching in real-time.

I can hear Disney+ and Hulu salivating.