The Lost City of Melbourne presents a picture of the city as it once was, and what it could have been – including places that were nail factories by day; cinemas by night – before 'Whelan the Wrecker' changed it all.
Silvi Vann-Wall 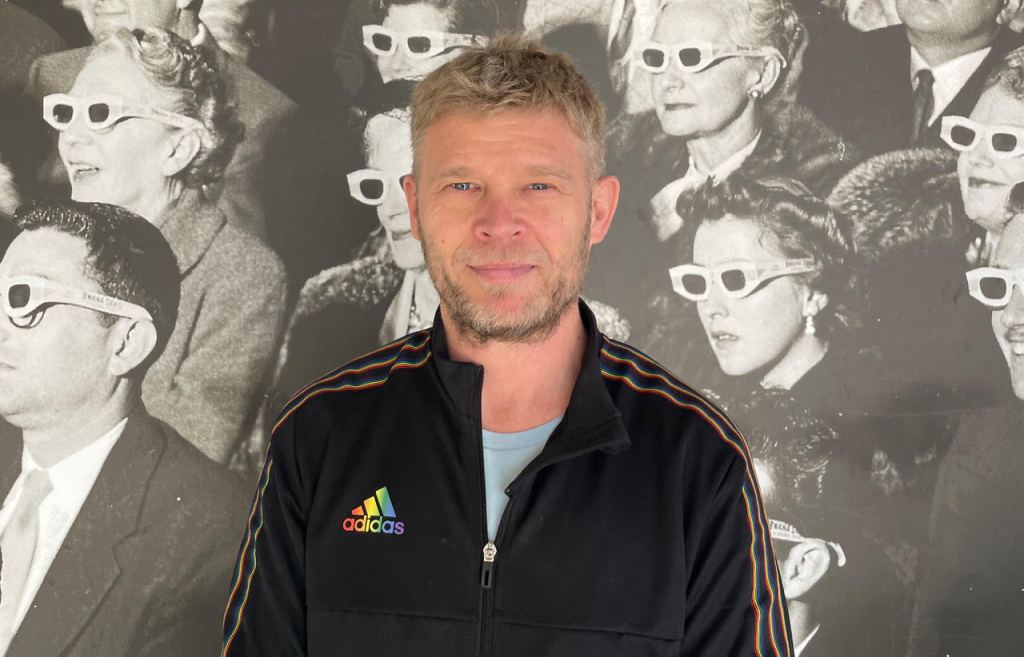 Gus Berger is a Melbourne based filmmaker and owner of two cinema companies; the pop-up Blow Up Cinema, and Thornbury Picture House, a lively independent art-house venue.

When both of these businesses were forced to close as part of the Victorian lockdowns, Berger started to formulate a film on his city that was in a whole world of pain. Empty streets and shuttered shops. Closed schools & full hospitals.

Berger started to look at what Melbourne was like during its ‘boom’ years, and was not only amazed at the pioneering and enterprising people that shaped the city at the end of the 19th century but was also shocked by the size and beauty of some of its buildings – buildings that are sadly no longer with us.

The Lost City of Melbourne will screen to a sold-out session at RMIT’s Capitol cinema, a venue which was also once lost to time. After that it will show at various Melbourne cinemas such as The Sun, Thornbury Picture House, The Classic and The Lido.

We sat down with director Gus Berger to discuss the documentary ahead of its premiere at MIFF.

There are so many aspects to Melbourne, why did you decide to make a film about its architecture?

100 years ago, St. Kilda had these huge, 1000-seat outdoor cinemas and movie theatres looking out over the bay, which actually predated some of the freestanding theatres that came later – and have all since gone as well. Some have been repurposed into tyre shops or Italian wedding reception venues and things like that, but the outside is still very much a theatre; you can see that the the shape of the building would have housed a theatre.

During the lockdown, my little cinema here in Thornbury was one of the first businesses to close. And once I’d dealt with the shock of hibernating the business, I realised that I suddenly had time on my hands to dive back into new projects. I also felt that being creative was an important way for me to cope mentally throughout the pandemic and the lock downs.

I spend a lot of time going through the State Library of Victoria’s photographic archives, and once I’d gone through the photos of cinemas and theatres, I started looking at the street scenes of Bourke Street at the turn of the century, like 1900-1910, and was just fascinated by the bustling and busy Bourke Street, Collins Street and Elizabeth Street that had been so incredibly well-documented by the photographers. At the same time, I was coming across a whole lot of photographs of these incredible buildings, like hotels and markets that weren’t standing anymore – including skyscrapers, the Australia building, Prells Tower, the APA building – and I was like, ‘what’s happened to these buildings? Why did we lose these incredible structures?’

How did you get access to all of the archival material, and why was it essential to the narrative?

The photos from the State Library were mainly out of copyright, so I was able to use those with correct context and credit of course. There were some amazing photographs of that era – pre 1950 – that I was able to get really good copies of. The photographs from the 50s, 60s and 70s are still in copyright, but I was luckily able to contact the rights holders and seek permission to use them. I had all this pandemic time, see, so I could make those contacts and get the high res photographs I needed to create a timeline of Melbourne.

Read: Discover the photographer behind Australia’s most iconic moments

At the same time, I was doing a lot of research at the National Film and Sound Archive (NFSA), which can be done almost totally online because they’ve digitised a lot of their catalogue. And I started forming a professional relationship with the archive researcher who was also based in Melbourne. He was really helpful in finding stuff that that was relevant to my film that wasn’t available online. The ABC archive was also able to do a search for me, and they found that incredible interview with Tony Weil and Barry Humphries, which gives brevity to the film.

Read: Nine ways ABC footage is used in the arts

Luckily, I’ve got a bit of an understanding of editing software like Premiere Pro, so I was able to do a lot of the initial assembly of audio and images myself. I got my five protagonists to do their interviews at the Thornbury Picture House, which I then transcribed and sent off to a very experienced Melbourne filmmaker called Rosie Jones. She kind of formulated a story from that, by re-arranging all of the transcripts and pulling out all of the important bits, the relevant parts and putting them back together in a semblance of a narrative.

Once that was done I felt there was a strong narrative arc, which begins with Melbourne as it was, when it was booming in the 1880s, and continues through to the 20s when cinemas were the peak of entertainment in Melbourne, and into the 50s when Melbourne was a very wealthy city and had some of the best hotels and the highest buildings in the world. And then, suddenly, it became a bit tired and old fashioned.

Tell me about the interview subjects: who did you decide to interview and why?

I felt that I needed at least two people with a really good knowledge of Melbourne’s history, and number one on my list was Graham Davidson. I read a couple of his books during the lockdown and thought he wrote really well, so he was just my first choice. And Robyn Annear had written a couple of books on Melbourne in the 20s and 30s, and she agreed to an interview too. That was amazing.

How does your love of cinemas, and your ownership of two cinema businesses, inform your filmmaking?

I’m not sure that it does affect the style or the way that I tell a story. I’ve made some short films before and they’ve all been stories that I’ve felt very passionate about. Like when I was living in London in the early 2000s and was fascinated by the Jamaican immigrants that were bringing music and their Jamaican culture into the UK, so I started making a film on this old Jamaican man that was DJing in his 70s. He was probably the first person to build a sound system and bring Jamaican music to the UK in the 50s. I felt that his life should be celebrated.

During lockdown, I felt a combination of wanting to tell the story of Melbourne theatres that no longer exist, and worrying that it couldn’t be done precisely because they don’t exist anymore – they’re like ghost cinemas. There was one opposite me here in Thornbury, and there were about four on the local shopping strip on Sydney road. Not to mention the 1910 theatres that were nail factories by day and cinemas by night.

I was feeling so disconnected during the pandemic, and I felt that Melbourne as a city was in such a world of pain. Through the lens of cinema I was able to find the bigger story – which was, essentially, that there was this wanton vandalism and demolition that was happening in Melbourne in the 50s. It was just rampant, and it was unchecked. And amazingly, no one then was marching in the streets to stop it.

Why did you decide to crowdfund The Lost City of Melbourne?

Well, I didn’t get any other funding from other government sources at the time. I didn’t have time to wait for the next round of Screen Australia funding, for example. When the possibility of it being accepted into MIFF came up, and the limited screenings that will happen now at The Sun in Yarraville and The Classic in Elsternwick … I realised that I needed to license all of my archive, and to get a composer in and do a colour grade to make sure it sounded and looked good. Especially because there’s so many different formats of film that we’re using.

I knew it was going to be expensive, and I thought crowdfunding was always a good way to raise money to help pay for those final things that are so important in the film’s journey. That’s that’s why I decided to do it. In the meantime, Film Victoria [VicScreen] have come in with a little bit of money to help me finish it, which has been great. But the lion’s share of the cost is still coming from me, so that crowdfunding helps me pay for some of those last touches.

How do you feel about it playing at MIFF?

It’s exciting and daunting, all at once. It’s my favorite film festival in the world, and it’s my hometown. I’ve spent a lot of time watching films that MIFF. And I think the team behind it are a tremendously creative bunch of people. It’s especially nice for the film to be playing in three venues that are all mentioned in my film, those being The Capital, The Forum, and The Sun – three very important cinemas that have lasted longer than most. They’ve all got a lot of history in them.

Read: MIFF and me: waiting for the 2022 fest is agony and ecstasy

But it’s also pretty scary, especially the idea of my film playing at a venue like the Capitol with its 500 seats! I don’t want to think about it too much, because I’ll just have an anxiety attack. But I’m happy with the finished film, I think it’s looking great. The colour grade and sound is really good. So I’m proud of it, but it doesn’t make it any less scary.

What sort of reaction are you hoping to get? Are you looking to galvanise people into protecting more heritage buildings?

I’m hoping that people enjoy the ride, and you know if it connects to them on an emotional level, then that’s a bonus. I think a lot of people who know Melbourne and value our heritage buildings will probably enjoy it. It’ll resonate with them because it’s fascinating to see what Melbourne look like at different stages of its life. There’s some pretty powerful imagery. For everyone else, I’d like it if they just looked up one day and appreciated the old structures that have been kept in Melbourne.

I hope it challenges the way that people feel about the heritage of Melbourne, and the buildings that we’ve still got. The film isn’t all doom and gloom and demolition, it does celebrate what we’re lucky enough to have held onto. If it wasn’t for people protesting in the streets in the 70s and 80s, we would have lost a lot more than we’ve got. It’s really important for us to realise that we still have to fight for the buildings and the streetscapes that we value in Melbourne.