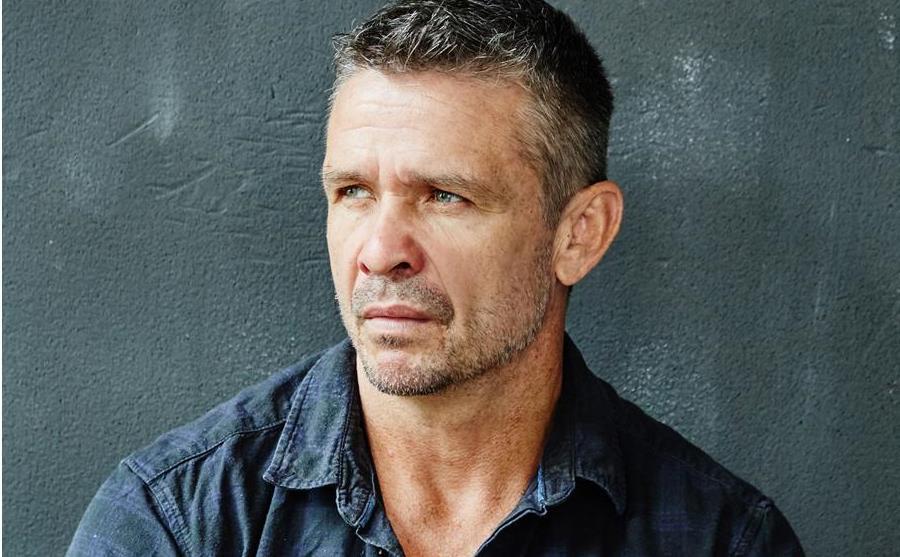 Stan announced this week that filming has commenced in Sydney on the ‘taut muscular thriller’ Transfusion, with Matt Nable as director, writer and co-star.

The lead actor in the film is Sam Worthington (Avatar) who plays Ryan Logan, ‘a former Special Forces operative, who is battling to cope with life after the loss of his wife (Phoebe Tonkin) and is thrust into the criminal underworld to keep his only son from being taken from him.’

Nable said: ‘The opportunity to write, direct, and co-star alongside talent such as Sam and Phoebe is phenomenal.’

Acting in Transfusion Nable is playing ‘Johnny’, who as far as we can tell from limited synopsis is an ‘underworld’ figure, or certainly some kind of fascinating tough guy, which is his speciality. Nable is the son of a soldier and is a former professional rugby player and lightweight boxer. He has the busted-up nose and intense physicality that added cred to his roles in projects like Hacksaw Ridge, Killer Elite, East West 101, Mr Inbetween, Bikie Wars and most recently, Robert Connolly’s The Dry.

Transfusion is his first film as director, but Nable has worked solidly in the industry since first bursting onto radars with his screenplay for the critically acclaimed independent film about a sports club, The Final Winter (2007), based on his own unpublished novel. The Final Winter was a project he also fundraised and acted in, and speaking as a former critic, I remember being blown away by the strength of the script and performances. Interviewing him at the time, he talked about the blend of the athlete’s mind and the artist’s mind, a killer combination for drive, determination, discipline and creativity. Released by Paramount The Final Winter failed to break out at the Australian box office, but it remains a film to seek out.

Alongside his subsequent acting career Nable published four novels including the debut We Don’t Live Here Anymore (2009, Penguin) and most recently Still (2021, Hachette). Mentored early in his career by Booker Prize-winning novelist Thomas Keneally, Nable has said that writing was always his first dream, and that his own battles with bipolar disorder led him to realise it. Those kinds of admissions, and his interrogations of masculinity, insecurity and mental health, raise my expectations for this next project.

…he has said that writing was always his first dream, and his own battles with bipolar disorder led him to realise it. Those kinds of admissions raise my expectations for this next project.

Transfusion is produced by John Schwarz and Michael Schwarz producing through their Deeper Water Films banner and Cailah Scobie from Stan, together with Madman’s Paul Wiegard, Will Clarke, Andy Mayson and Mike Runagall also be serving as Executive Producers.

Cailah Scobie, Chief Content Officer at Stan, said: ‘The Stan Original Film Transfusion is set to be a powerful and thought-provoking Australian thriller. We’re delighted to welcome Matt Nable as actor, writer and director, along with the star-studded cast of Sam Worthington and Phoebe Tonkin.  We’re also very pleased to again be working  with John Schwarz, Michael Schwarz, and the entire creative team, on another fantastic Stan Original project.’

Michael Schwarz of Deeper Water Films, said: ‘In Transfusion we’ve found a movie that has that special combination of visceral action and achingly beautiful emotion. Matt is an already accomplished writer and actor, and it’s incredibly exciting to watch him step into the director’s chair and bring his own words to life. With Sam he has the perfect actor to showcase the rugged vulnerability of this very powerful script.’

The Stan Original Film Transfusion will premiere on Stan and in cinemas through Madman in 2022.

Worldwide sales will be through Altitude Film Sales who are taking the film to the Cannes’ virtual market.