Judi Levine took her family with her as she made films like Falling for Figaro around the globe. David Tiley caught up with her in 2021 about the experience.
David Tiley 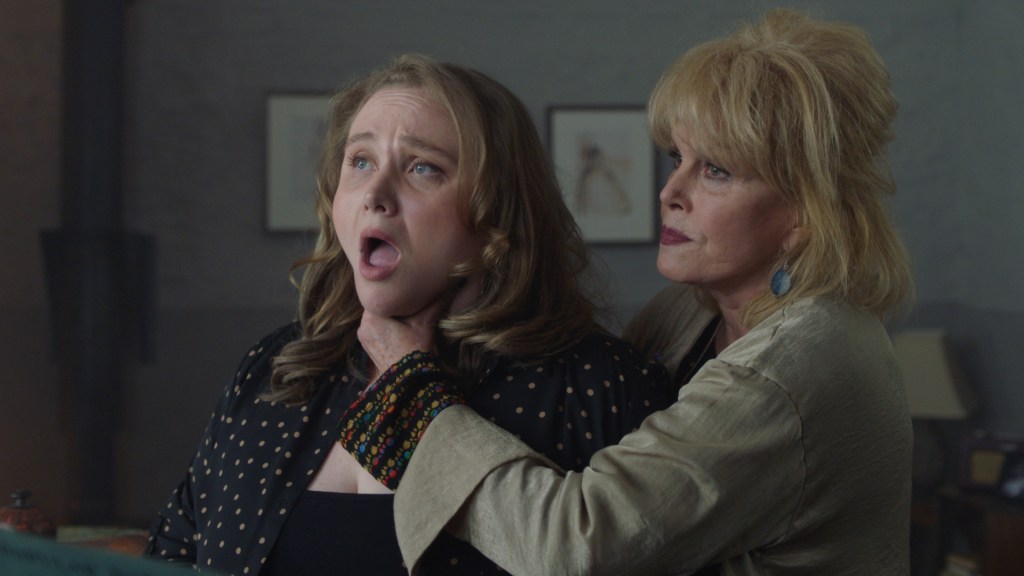 Joanna Lumley wrestles with family in Levine’s Falling for Figaro.

The screen sector defines fame and success pretty narrowly. Key creatives can be high cards in an agent’s contractual poker. They can run a production company which attracts investors and does studio deals. They can be outlandishly chirpy on breakfast television, or fill the multiplexes or thank lesser mortals from the Oscar stage.

Far from glory, creatives who raise a family, take pride in making people happy and are respected on productions get a nod in the lunch queue at a conference and a wave at markets.

At this level, Judi Levine and Ben Lewin are a power couple between Australia and Los Angeles, who started to breakthrough around 1984.

‘If you wanted to qualify me in some way, I gravitate towards character driven stories that have happy endings,’ said Levine. ‘They don’t have to be broadly comedic or romantic, just really tight nice stories that move me. They just have to be something that gives people something to talk about afterwards. But even that is not a hard and fast rule.’

They are getting attention now as the Joanna Lumley rom-com Falling for Figaro which is running on Netflix in the UK and is coming out on Paramount+. It was set in Scotland, but finished in Melbourne. Soon to come is How to Please a Woman, shot in WA, written and directed by Renee Webster, with a producing gang of nine women led by Tania Chambers and Judi Levine.

Levine admitted she has told young people that the secret to success as an independent producer is to marry money, before confessing to her own failure.

‘I have not successfully married money but it is helpful if you’ve got somebody who is also working, some of the time, so my husband is a writer, director, and an independent writer/director.’

Her husband is Ben Lewin, a child migrant from Poland, who was raised in Melbourne, survived polio, became a criminal barrister and took off to England on a scholarship at the National Film School. He started as a director in the BBC and came back to Australia a decade later – by his own account a move tied up with the Best Television Award at the Melbourne Film Festival for his comedy drama, The Case of Cruelty To Prawns.

Judi Levine was a graduate in film and drama from Rusden College, which is where the really arty Melbourne students went by pretending to study teaching. She heard about a documentary involving friends of her family, to be produced by Philip Adams. The Dunera Boys were a shipload of Jewish internees deported from Britain to Australia and imprisoned on the Hay Plain as enemy aliens until common sense prevailed and they went into the army. It was not a nice story.

She contacted Adams and discovered the project was actually a drama. He sent her to the director as a potential assistant. Yes, it was Ben Lewin. He also knew people from the Dunera and developed the production over ten years so this may be more sociologically inevitable than a cute real life rom-com coincidence.

After a false start, the miniseries was finished in 1985; he then directed the multi-POV thriller Georgia, produced by Bob Weis from a story by Mac Gudgeon and written by Lewin, Weis and Joanna Murray-Smith, which starred Judy Davis, Julia Blake and John Bach. It launched at the Toronto International Film Festival in 1988. Agents and producers did their hollow blandishment routine but neither Lewin nor Levine felt any affinity for Hollywood.

Instead they pitched up in Europe where Lewin wrote and directed The Favour, The Watch and the Very Big Fish, a farce starring Bob Hoskins, Natasha Richardson and Jeff Goldblum. Made for a French company, it was shot in English and produced by Michelle de Broca who met her husband Philippe on the set of 1966 comedy-drama King of Hearts, starring Alan Bates and Genevieve Bujold.

The film went to TIFF, more blandishments occurred, Lewin and Levine wrinkled their noses again and went back to Paris. As Levine said, ‘We weren’t working, which was lovely, and we were spending the money we had made just living there and buying schoolwear for the kids.’ But the French government withdrew from its scheme of funding films for the English language market and they no longer had a future.

‘A friend of ours called up from the states and said, “Look, there’s a house next door that’s going up for rent and why don’t you guys come over here”, and there were still agents kind of knocking on our door saying come to LA. And so we went.’

From sad to tough

‘I was really miserable for the first couple of years. Ben had an agent and doing meetings and getting writing gigs but I was just waking up every day thinking, “What am I doing here because I really didn’t have a clue where I fit in?”. I had two kids, and further down the road we had a third, and it took a lot of emotional energy to establish ourselves and settle in. I got distracted by being the one to do that while Ben was writing.’

After three years she started to network and meet people and learn the system and pick up projects. ‘There is a cliche that if you go to LA for a year you’ll stay for ten and if you go for two, you will stay for thirty. We’ve been there for 25, and we still have three kids and a dog in the house and we are now American citizens.’

That was a practical decision because she still feels Australian but she needs to move backwards and forwards and two of her children will probably stay there forever. There is a certain poignance in that idea. Do they still remember being dressed for school in France?

Over the years they moved from being happy little vegemites to a couple of tough cookies.

‘We did not have a stable income between the two of us. Sometimes when Ben was writing I took on jobs which had nothing to do with the film industry. I took on a job publishing a very high end catalogue for a company that auctions vintage cars for six years while we were in development. I was basically working at night to raise money while he wrote during the day on spec scripts. But my job provided health insurance while we paid the mortgage.’

For Judy Levine, there was a lot to learn, even on a three year stint on catering for commercials. Screen dialogue is different, the crew functions and language is unique, while the financing system has almost no government support. A lot of it is sheer cultural difference.

‘For the English the food is always pretty stodgy and they have crazy things like chip butties for breakfast. In the US, if you are lucky the food is terrific with these huge craft services tables.’

How crucial are these arrangements? On the French shoot for The Favour, The Watch and the Very Big Fish, the art department bought two of the aforementioned edibles and stored them in the catering fridge. But the caterers were then fired off the production. As an act of revenge they made off with the fish, which was a nasty discovery when the art department came to dress the set… Cue tiny actress trying to put a giant replacement swordfish into a food grinder.

Just before that move to the US in 1994, Lewin wrote and directed Paperback Romance with Bob Weis as producer and Levine as co-producer. They did very well with The Sessions, which won the US audience (drama) award in 2012 at Sundance, and gave Helen Hunt a nomination for a Best Supporting actress Oscar. They are both credited as producers along with Stephen Nemeth.

Lewin directed the 2017 comedy-drama Please Stand By with Dakota Fanning, Toni Collette and Alice Eve, shot by Geoffrey Simpson and produced by married partners Lara Alameddine and Daniel Dubieki. He moved on to direct The Catcher was a Spy, with Levine as co-producer, which opened at Sundance in 2018.

Ben Lewin’s career as director is closely tied up with his personal identity. Dunera Boys and The Catcher Was a Spy both involved Jewish characters, Paperback Romance and The Sessions had heroes with polio, while Stand By Me has a central character with autism who is trying to become a screenwriter.

This is a story about two people deeply attached to each other both professionally and in real life. It is one solution to the problem of being a filmmaker and a rounded human being. But Judi Levine is still realistic about the role of women in the sector.

‘I’ve had to prove myself a little too often, you know, where people have sort of thought, “Oh well, he’s the one with all the talent and I’ve just sort of somehow come along for the ride.”

‘It’s a hazard, I guess, of partnership. People are not doing their due diligence, but I’ve done enough now, particularly over the last few years where I’ve got other producing partners vouching for me.’

Now she is discovering the pleasures of working with other partners, often women, who complement her in different ways. She knows the American system, has a global perspective, and has useful relationships with agents and performers in Los Angeles. At the moment, she and Tanya Chambers are waiting in hope for the audience response to How to Please a Woman, which is another milestone for both of them as they patiently climb from film to film.

Read: Screen Australia engages with a sector on fire

As Levine concludes, ‘A lot of producers make a lot of films and only one or two of them really make money. But they’ve got them made, and that is already a huge win.’