Screen Australia engages with a sector on fire

The production investments since Covid really struck may be a short list, but we should sense the power rather than feel the size.
David Tiley 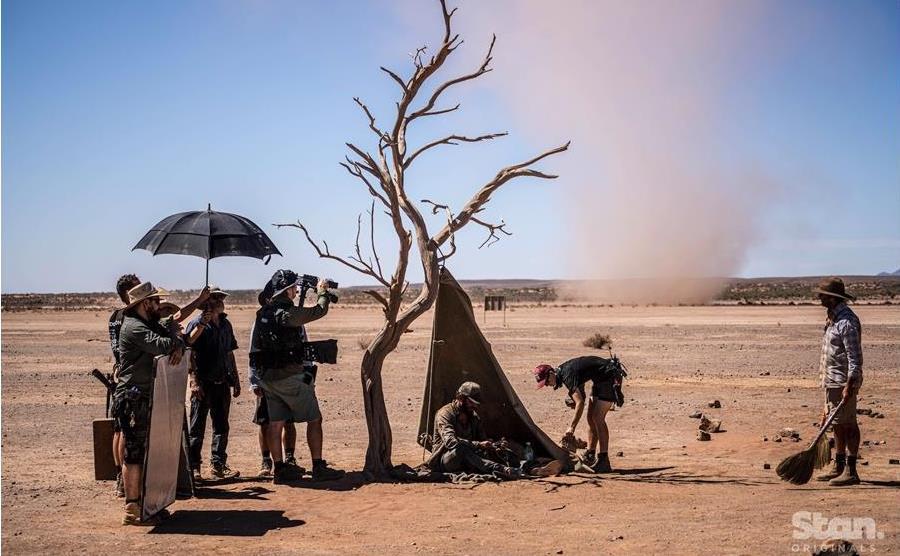 The most recent public list of Screen Australia production investments reveals a WA – Victorian production alliance which assembles plenty of experience and a common passion for simple entertainment.

How to Please a Woman is a thoroughly WA production, with a thoroughly female crew. Even the executive producers have strong feminist credentials, led out by Deanne Weir, Roxana McMallan, and Olivia Humphrey. The production company is a new entity, Such Feisty Dames, run by Tania Chambers and Judi Levine.

Writer/director Renee Webster has threaded her way through the local production companies since 2010, starting with TVC work, while Tania Chambers optioned a feature script in 2016. Webster moved into television drama  through Matchbox Pictures, until she series-directed eight episodes of The Heights series two.

Tania Chambers runs Feisty Dame Productions, ran ScreenWest and Screen NSW and is a useful backroom board member. She went back to Perth and hung out a producing shingle which led to the short Tango Underpants, funded through a zany combo of agency and online finance. She produced the Simon Pegg vehicle Kill Me Three Times, written by James McFarland and directed by Kriv Stenders, then the follow up film for A Few Best Men, called A Few Less Men, written by Dean Craig and directed by Mark Lamprell. Then she moved into kids’ TV with Itch, made with Komixx Entertainment for the ABC.

Now Feisty Dames has grown a another company called Such Feisty Dames as Chambers moves into business with Judi Levine, for a new strand of production. Levine’s story is much more geographical  – she comes from Melbourne, has a film degree from Deakin in 1977, and worked mostly from the US with Ben Lewin, her director and life partner. They have a sure hand with lower budget and socially conscious films, of which The Sessions is the best known.

Levine most recently produced rom-com Falling for Figaro, shot in Scotland, written by Ben Lewin and Allen Palmer, and directed by Lewin. The other producers are UK’s Arabella Page Croft and Philip Wade. The film is an official Australian and UK co-production with Film Victoria, Screen Australia and Film Scotland were the agency financiers. They should be happy as sales agent WestEnd Films has been selling it to the UK, Benelux and the US, where it was picked up by IFC Films.

One small indicator – IFC has already released previous Levine production The Catcher Was a Spy, which points to the depth of her US connections. Falling for Figaro has the odd claim to fame of being one of the very few features which were completed through Covid.

The new company is not just a temporary joint venture, as Levine and Chambers have built a trans-Australian slate with probably more drama and less pratfalls but wearing its collective heart on its indy-entertainment sleeve.

Both of the films in the most recent Screen Australia announcement seem to fit into a pattern with the three local features currently doing well on the domestic screening circuit. All of them come from a creative era established at least three years ago, which may demonstrate that the current success is more than a coincidence. They are different genres but they are driven by conviction and a huge affection for popular storytelling.

The other recent(ish) film propelled over the financial finishing line by Screen Australia is Gold, which is very happy to make a story with a tiny cast, in a genre trope explored in Hoillywood by films like The Maltese Falcon, or even the sweaty masculinity and picaresque accidents of Wages of Fear. We will see if Gold honours the inner energy of its antecedents.

The picture has has been out in public since an announcement at Cannes 2019, so it has been through the works with Covid.  It has an excellent cast with US Disney-powered heartthrob Zac Efron, key Australian performer Susie Porter, and ever-reliable local tough guy Anthony Hayes.

Hayes is much more than that of course, as he directs and produces Gold which was written by co-creating married team of Hayes and Polly Smyth. This picture is an obvious romp and we bet it was really enjoyable to write.

The South Australian Film Corporation has been deep in support and the picture has been shot in the Flinders Ranges, probably kept sane by co-producer Julie Byrne.

John Schwartz, a former actor turned producer is producing, along with Michael Schwartz in a tight double act which also covered Danger Close. Stan has swept the film off to streamer land and is happily promoting it. With Madman’s Paul Wiegard as one of the executive producers, the film will also have a local cinema run this year, run of course through Madman.

The SAFC describes it like this: ‘When two drifters travelling through the outback stumble across the biggest gold nugget ever found, the dream of immense wealth and greed takes hold. They hatch a plan to protect and excavate their bounty with one man leaving to secure the necessary equipment. The other man remains and must endure the harsh desert climate, preying wolves and intruders, whilst battling the creeping doubt that he has been abandoned to his own fate.’

We can’t resist that word ‘wolves.’

Screen Australia has also formally acknowledged a small swag of three adult television series, one children’s series and an online series in the same set. Dive Club is a Steve Jaggi series for Ten, which we hope is not a remnant of a former world when commercial TV did kids.

The big news of the set is Fires, a hugely ambitious series for the ABC about the 2019/2020 fires. This one is a gathering of production leaders in their prime. As Screen Australia says:

Remember Frayed, back in the olden days of 2019? That was an official Australia-UK co-pro as well, for the ABC and Sky One. Produced by Nicole O’Donahue, line produced by Lisa Wang, made for Kevin Whyte’s comedy shingle Guessworks, it was written by comedian and actor Sarah Kendall.

Season two, also supported by the agencies, is now shooting in Sydney. It turns out that both the ABC and Sky saw the potential of a storyworld with their particular narrative craziness, in a classic ‘How far out of control can we go with this?’ way.

Spreadsheet is a six part tres moderne series about sex without commitment, the power of computers and the perils of divorced single mothers. As Screen Australia says,

Spreadsheet is for Viacom CBS Networks, which owns Network Ten.

The online series continues this plunge into 21st century sex with a dilemma present since we were living in trees, according to bona-fide researchers who picked an unfashionable but important career. It is called Me and Her(pes)

Expect lots of clicks on Youtube for this one.