An exceptional film about an extraordinary relationship between a disabled man and his sex surrogate.
Deborah Stone
[This is archived content and may not display in the originally intended format.] 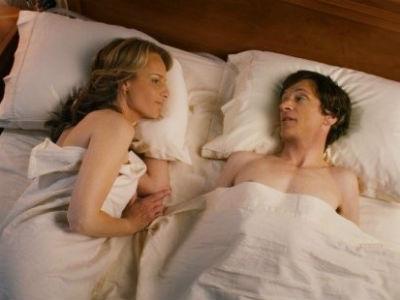 Mark O’Brian was an extraordinary man, the kind of human being who humbles and inspires others. As a result of polio when he was young, he lost the use of almost every muscle in his body and was forced to spend most of his life inside an iron lung.

Despite profound disability O’Brian lived a full life: he graduated from college, built a career as a professional writer and eventually even managed a fulfilling sex life.  He wrote frankly and insightfully about how he managed finally to have sex in an article entitled On Seeing a Sex Surrogate.

That article has now been made into the film The Sessions, an uplifting, joyous, funny, and sensitive work, which is rightly already being touted as a likely Academy-Award winner.

So many things could have gone wrong with this film. It could so easily have been sentimental, vulgar, painful or voyeuristic. But filmmaker Ben Lewin, himself a polio survivor, has said he had no interest in making the ‘cripple of the week’ movie and he certainly has not done so.

Instead he has produced a genuinely human story that manages to ring true even though its truth is almost unbelievable.  Clearly Lewin had exceptional material to work with. O’Brian’s original article is insightful and genuine. By all accounts he had a great sense of humour – which The Sessions utilises to capacity. He was also a devout Roman Catholic which allows the film some of its funniest moments as a young priest is confronted with the ethical and practical dilemmas of sexuality. There clearly wasn’t a script for responding to these problems at the seminary.

Entering middle-age, confined to a gurney and dependent on carers who feed, wash and even toilet him, O’Brian yearns for the ordinary human pleasure of a sex life. But his opportunity to connect with a woman in the usual way is non-existent so he decides (after consultation with his priest) to see a sex surrogate. This positive therapeutic relationship not only gives O’Brian the physical experience he craves but also builds a real relationship, challenging  the surrogate’s professional boundaries but giving O’Brian confidence and broadening his opportunities for a satisfying life.

John Hawkes plays O’Brian with fine humanity, scraping every last possibility for emotional variety out of a role in which he was unable to use any part of his body below the neck (the irony, of course, being that the subject of the film is well below the neck). He manages charm without the asset of beauty and pathos without self-pity. It is a remarkable feat, a gold-standard performance, playing against so many of the conventions of film which give us beauty and physicality ahead of wit or insight.

Helen Hunt is marvellous in the role of the surrogate, Cheryl. Her unselfconscious use of her body, warmth, and pragmatism provide an incredibly grounded performance. William H Macy plays Father Brendan for laughs and delivers in buckets.

The sex scenes so central to the film are handled superbly. The film is neither coy nor voyeuristic,  it meets its subject with an unparalleled honesty that makes this a genuinely adult (meaning mature, not pornographic) movie.

This is a remarkable film, pleasurable to watch and profound to contemplate. It stands to single-handedly smash the conspiracy of silence around sex and disability.

Rating: 5 stars out of five

In limited release from 8 November