Filmink Presents distributed the first Australian film since COVID-19 arrived. It is a modest kid's film which is taking advantage of the void in product.
David Tiley 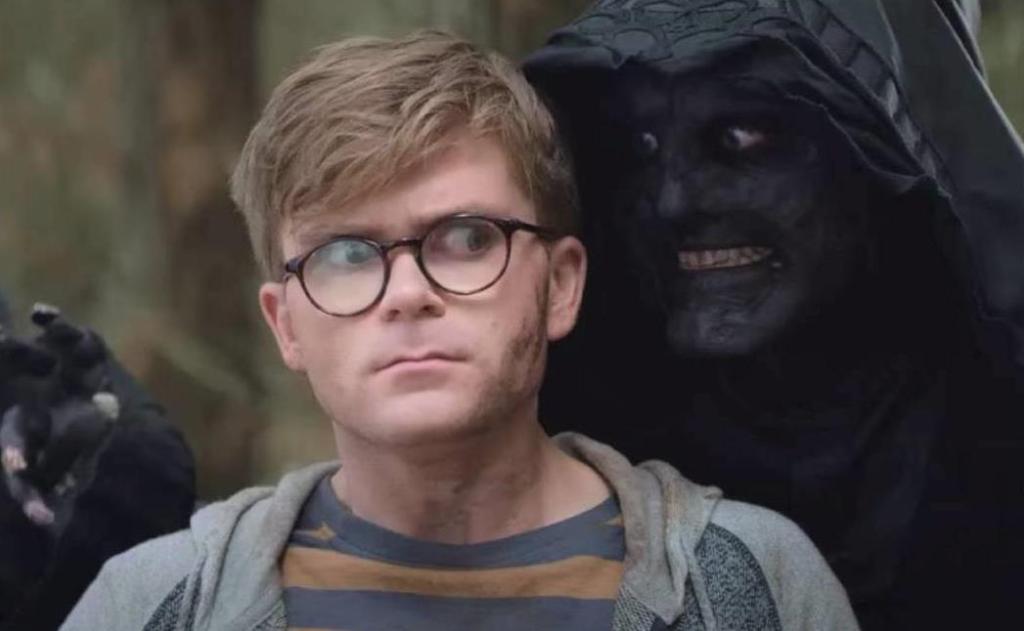 Legend of the Five. Image supplied

‘Shooting in the Blue Mountains was great. I’ve lived here for quite some time and it’s a great creative community here,’ said Joanne Samuel.

‘I know lots of actors, directors, writers, lighting guys that come from this area. The kids in the youth theatre we used as extras and they were awesome.’

Samuel is a mature woman with a long history of performing. Long before she played Jessie, Mel Gibson’s onscreen wife in the first Mad Max film, she was a five year old tot singing in South Pacific.

But she also loves working with children. While continuing to act across a roll call of popular Australian television, Samuel  also created a local youth theatre. ‘They usually produce around six shows a year,’ she told Screenhub. ‘I’ve got kids who started with me when they were little who went on to NIDA and are out working, or at AFTRS and UTS.

She has also wanted to make a film since forever, so researched genres enough to reassure herself that kids’ films can in fact be viable, and cooked up the idea for The Legend of the Five, which is a quest film for eight to 11 year olds.

After raising some investment money, setting Peter McLeod loose on the script and plunging into a five week shoot, she was safely ensconced in the edit when COVID struck.

She had already connected with Dov Kornits and his distribution company FilmInk Presents via a chain of friendships and in-laws. You may sense a theme in this article as I portray Kornits as a writer, filmmaker, magazine editor and distributor with strong connections with exhibitors. With this combination of skills he has gone into business with Louise Balleti, the former Senior Vice President Digital at Entertainment One on the grounds that experience and rational behaviour can pay off with indy films.

Together they released the first Australian film since COVID-19. ‘We didn’t expect a lot’, says Kornits. ‘We believed the film had limited potential if it was up against the usual Pixar or Sony or DreamWorks film. So it was a really pleasant surprise that the the film has done so well because of the lack of competition.’

As a kids’ film it was released in the school holidays, mostly in daytime screenings in slots that exhibitors are eager to fill. It had good press coverage but not much advertising costs beyond postage. Kornits even provided the posters as PDFs.

It went out at the end of June on nearly 60 screens and has taken nearly $150,000 so far. Not a huge haul but it is still running in regional cinemas and may hit the next set of holidays.

In exactly a year, FilmInk has been involved in six films, including Little Monsters from Abe Forsyth, Locusts and The Swallows of Kabul. The Legend of the Five has done much better than any of them.

The Swallows of Kabul is a French animation which did well at Cannes and won its category in the Annecy Animation Festival. But here COVID is a menace because in normal times it would do well in Victoria, and may well have brought them $500,000 at the box office. There were high hopes too for Little Monsters,  the kindergarten zombie comedy, but it may have been too patchy for the general audiences.

Now The Legend of the Five is to be released on TVOD (aka Transactional Video on Demand) in Australia on the usual suspects – Apple TV, Fetch, Foxtel Store, Google Play, Telstra TV Movies and YouTube – on 23 September. Families stuck in lockdown for yet another holiday may well be grateful. After that, the film could go to a streamer on a non-exclusive basis.

At the same time, Steve Jaggi production Romance on the Menu, will release on Netflix. Directed by Rosie Lourde, written by Alison Spuck McNeely and Casey Tabanou, it is a rom-com about a hotshot New York restaurateur who becomes entangled in an Australian country town. Filmink Presents did the deal, which is really the high point of the company’s trajectory through the gentler glades of Australian screen production.

As Joanne Samuel says, ‘I love wholesome’. This could be her time because Kornits is reporting that exhibitors are on the hunt for positive films to counter the civilian gloom.

After that, the film could go to a streamer on a non-exclusive basis. Kornits has already picked up Talking About Trees, a Sudanese documentary which did not make the cinemas but has been released on Movies at Home, a streaming service built by Eddie Tamir of Classic Cinemas to get us through the pandemic. It is well worth inspecting, by the way.

Talking about Trees went to Berlin, has good reviews, and is about four elderly Sudanese filmmakers running informal, clandestine screenings of important films to counter the Islamists who have shut down filmmaking in their culture completely.

In a way it makes explicit the love of movies which suffuses this article.