Actors Shareena Clanton and Meyne Wyatt have alleged they experienced and witnessed racism, sexism and homophobia while working on the set of Neighbours.
Jini Maxwell 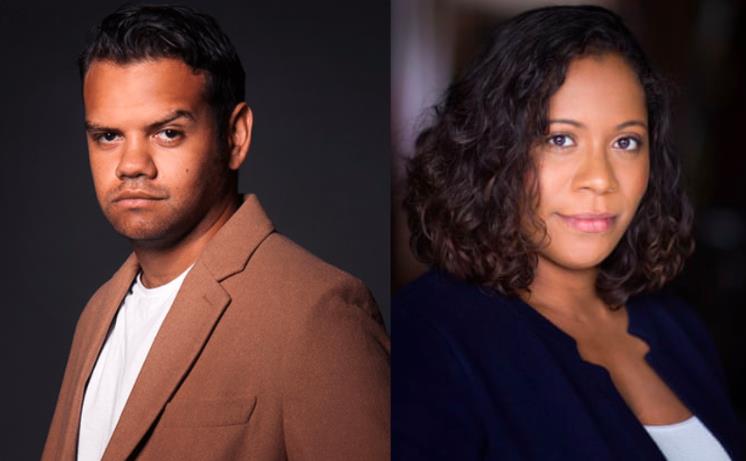 Meyne Wyatt and Shareena Clanton have described the set of Neighbours as ‘culturally unsafe’ and ‘toxic.’ Photo credit: Marnya Rothe

Shareena Clanton, an actor of Wangatha, Yamatji and Gidja descent, is best known for her role as Doreen Anderson on Wentworth. This year, she joined the Neighbours cast in a guest role – but in an Instagram post this week, Clanton said that she was ‘struggling to post anything positive’ about her time on the show.

In her post, Clanton outlined ‘multiple racist traumas and navigating ongoing counselling from this highly problematic show.’ She continued, ‘It’s been lonely, triggering and traumatising to work in such a culturally unsafe space.’

In the same post, Clanton describes a series of interactions on set, including a white actor referring to an actor of colour as a ‘lil monkey’, and the use of the racial slurs on-set and in the green room, and alleged that she had to pay for cultural consultation with a Wurundjeri Elder out of her own pocket, after her request for a consultation budget was denied by the production team. She also described the regular use of sexist and sexually charged comments that were dismissed by HR.

Her testimony was quickly supported by Yamatji and Wongatha actor Meyne Wyatt, who played series regular Nate Kinski on Neighbours between 2014-2016. He described Clanton’s allegations of racism as ‘disappointing but not at all surprising.’

‘These attitudes are prevalent throughout the industry. And we are fucken tired of calling this shit out.’

On Instagram, he described racial slurs being used on set, and he said he has ‘no doubt things were being said behind my back. I have too much experience to believe otherwise.’

Wyatt added that homophobia was rampant on set, with ‘comments and jokes and innuendoes’ creating a ‘very unsafe environment.’

He condemned racism, homophobia, and sexism in the film and television sector, stating that: ‘These attitudes are prevalent throughout the industry. And we are fucken tired of calling this shit out.’

Wyatt joined the Neighbour’s cast just before the show’s thirtieth anniversary, and noted despite the show’s long history, he was the first Indigenous series regular.

Following these allegations, MEAA released a statement condemning racism in the workplace. The statement read: ‘The situation highlighted at Neighbours shows that as an industry we need to get serious about how we are ensuring our content and workplaces are culturally safe for all workers.’

It followed on to say that MEAA have written to Fremantle Media, the production company behind Neighbours ‘to insist on the development of anti-racism, sexual harassment and discrimination training for all staff on a screen set.’

Last year, a clip from Q&A of Wyatt delivering a monologue from his autobiographical play City of Gold went viral. In the monologue he condemned tokenism, and the racism experienced by Indigenous people in the public eye:

‘Being Blak and successful comes at a cost, you take a hit whether you like it or not. Because you like your Blaks quiet and humble – you can’t stand up.’

‘Fremantle is committed to providing an environment where employees and others in the workplace are treated fairly and with respect, and are free from unlawful discrimination, harassment, victimisation and bullying. We do not tolerate behaviour that does not align to our Anti-Discrimination, Equal Employment Opportunity (EEO), Harassment & Bullying Policy and take all complaints very seriously, investigating all allegations fairly and thoroughly. We have asked Campfire X, creative leaders in Indigenous Cultural Protocols, to conduct an independent review of Neighbours and the production process.’