The Australian box office is rent asunder by an explosive freedom-fighting mytho-history in a minority Indian language.
David Tiley 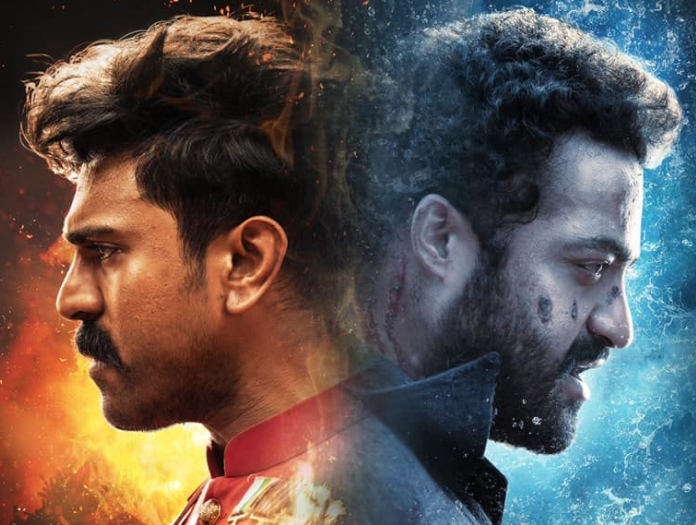 Let’s get the bad news out of the way. Feature documentary River is out on 37 screens for its first week, made $39,000 over the weekend and has taken $69,000 including previews. I am hearing stories of almost empty cinemas – indeed, I saw it with a friend and we were alone in the dark.

We were also thrilled to bits as Jen Peedom’s lush visuals worked magic with the Australian Chamber Orchestra’s music. Peter Bradshaw, the Guardian critic we often use as a reliable source of opinion, was snitty over the narration, but he is wrong in this case.

Ivan Sen’s Loveland has made $30,000 in two weeks, dropped three screens to 19, and lost 87% last weekend to take $2,900. This is a potential cult film which could really have taken off, but word-of-mouth and reviews are not being kind. It is interesting that pundits are mumbling about the script because films with this kind of moody Asian location are almost invariably subtitled so any dialogue clunkiness is erased – which erases any chunkiness in the dialogue.

Read: the joy of filming Loveland

Wash My Soul in the River’s Flow has made $1,900 in its third weekend, which is 62% down as the number of screens halves to eight. The choc-top profits would be better.

But who knows these films are actually on? I feel like a prophet in the wilderness as I tell my friends. But the Asian genre tragics will get it.

The surprise of the week is RRR, an Indian period drama shot in the minority language Telugu, in which a pair of humanitarian revolutionaries take on the Raj in 1920. In its first weekend it reached number-two on the box office table, with $1.8m in its first weekend off 209 screens, fed by a release in four different languages.

This is extraordinary. We are seeing a trickle of Indian films in the market, suggesting that the lucrative student audience is coming back. Kashmir Files started very quietly three weeks ago, then blew out for weekend two by 439% and then went back to the original scale, to yield $1.07m so far. Radhe Shyam has taken $463,000 in two weeks, though it dropped 96% last weekend.

But that is nothing on RRR. To get a sense of scale, we can go back to Sanju, which performed exceptionally well in 2018 to make half that amount in its first weekend, on its way to $2.4m in a month.

Sanju had everything to gladden Indian audiences – it was a comedy biopic about Sanjay Duff, a sad-eyed action veteran who stumbled from drug addiction to a long, messy battle with the law over his alleged involvement in the 1993 Bombay mafia bombings. So the award-winning action hero was in and out of prison, continually protesting his innocence. You can see why this Hindi film took more than $100m around the world.

However, the Australian story of RRR is a mere blip in the international breakthrough. Deadline has thought the numbers through, to say its estimated $25m is the highest first day box office for an Indian film in India; it made $41m around the world; Box Office Mojo claims $12.7m in the US for the weekend off 1,000 screens.

It looks as if RRR has everything on an international level. Again, it is based on a true story, but this time it is fictionalised by bringing its major revolutionary heroes together, though they never actually met. But it has also set the VFX button to ‘crazed’, bouncing mythic symbols through the explosions.

Pushed along by the Indian industry’s increasing aplomb with VFX, this picture could wreck a lot of preconceptions about the international appeal of its movies.

Other than that, our local report is a lot of blah blah, caused by the almost total absence of English language crowd-pleasers. The Batman is still on top with $33.07m in four weeks, though screens dropped by another 66 to reach 529, and the weekend figure slid a further 31% to $2.87m. Despite our excitement over Indian figures, this is still $1m more than RRR.

Dog, with its pooch and grieving soldier, is at number-three after taking $1.01m over the weekend, and dropping 52 screens to 347. It has made $2.7m after its second weekend. In the US it has made $77.3m against a budget of $15m, a success which is sweetened even more by $13.9m from the rest of the world. The Youtube audience has spoken and real estate agents will be chasing actor/producer Channing Tatum down the Hollywood streets.

Uncharted continues to exert its treasure-seeking charms, losing 10% of its weekend box office in week six and deflating slowly since the end of week two. It has now made $17.49m. It will be making exhibitors happy because their percentage on the deal improves around week four.

Over the last two months, Uncharted has made around $480m across the world, with $178m from the US. All against an estimated budget of $160m. Sony will be very happy with this, as it comes from a video game franchise, has substantial sequel possibilities, and is able to defray costs over several media.

Jujutsu Kaisen 0 is rocking its anime socks with $1.6m in two weeks. Madman’s best performing anime in pre-Covid 2019 is Dragon Ball Super: Broly which made $1.32m in its first weekend but only $305,000 after that. Again, that looks like a pre-pandemic level of audience.

Executives around the world will be noting that none of these films are streaming yet. Although RRR will already have been pirated like there is no tomorrow.

We know that Australian audiences like domestic dramas, particularly with familiar television actors. We also know that they suit the values of many Australian producers because they are family friendly, ultimately positive and probe the mysteries of human characters.

Last week I found eight Australian films which were showing on at least one screen and published some of their figures. I missed A Stitch in Time for which I have been justly rebuked on social media. Sigh. It was written, directed and produced by Sasha Hadden, shot by Don McAlpine, and pushed along by Glen Shorrock’s performance.

Roughly in this category I would put Fanforce documentary Rosemary’s Way which took $889 over the weekend and $18,000 altogether.

I also snuck in a tiny re-release of Never Too Late which started in October 2020 on 173 screens which has now run for two weeks on a single screen with a weekend total of $88, to reach $968,000. It is a comedy with Jane Seymour and Denis Waterman.

Read: Never Too Late is manic by the end

I had more about these Australian releases in our March 15 box office coverage.