Flesh After Fifty: challenging stereotypes of ageing females in film

A program of six films resists older women's invisibility. 'Flicks after Fifty' Programmer Kirsten Stevens says finding them was harder than it should have been.
Rochelle Siemienowicz 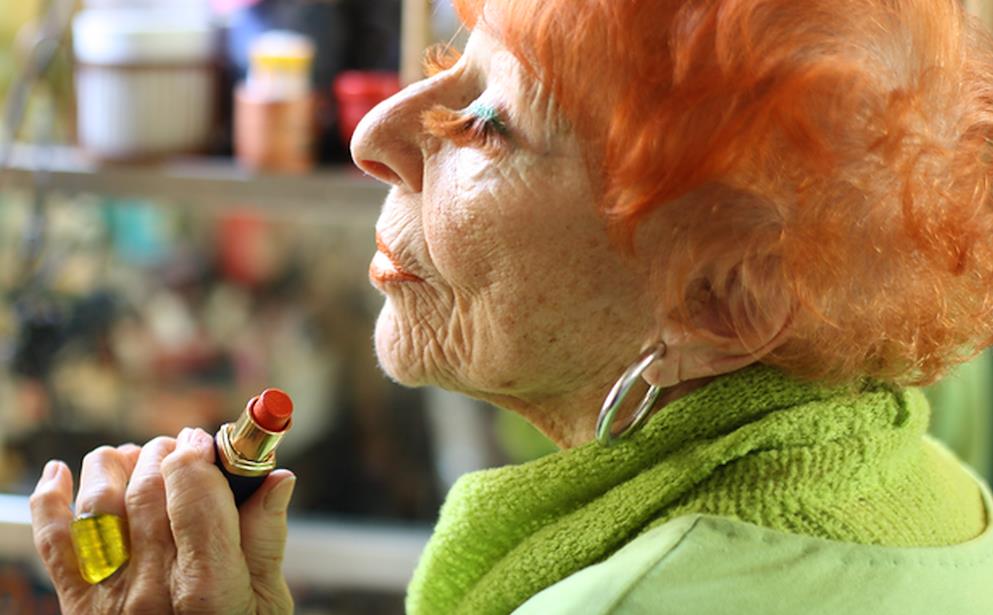 The fashionistas in Advanced Style refuse to be invisible. Image supplied.

‘Something happens to flesh after fifty.’ This was said with some sadness by the famous screen siren Joan Crawford when she was in her early 50s, posing for publicity shots for her film Autumn Leaves, about a spinster wooed by a man many years her junior. The fact Crawford also insisted that photojournalist Eve Arnold record her in the nude suggests something of the actress’s sass and defiance; her refusal to become invisible.

Resisting invisibility is also at the heart of the Flesh After Fifty program of art exhibitions, public events, author talks and film screenings that are all aimed at changing images of older women in art.

Taking place at Melbourne’s Abbotsford Convent from 7 March – 11 April, it’s an initiative led by Professor Martha Hickey, a clinical psychologist and gynaecologist whose work focuses on healthy ageing in women, including both physical and emotional health. The Lead curator and program manager is Jane Scott, who offers an intriguing exploration and celebration of older women through mediums of painting, photography, sculpture and prints – including over 500 images of the 50+ naked female body from some of Australia’s best contemporary artists.

Sitting alongside this exhibition is Flicks after Fifty a weekend program of six films that celebrate older women in their diversity, and challenge negative sterotypes about what they should wear, how they should look and what they should do as they age.

The ticketed program of films (half of which are free) are dominated by documentary. They include: Lina Plioplyte’s colourful and inspiring Advanced Style, focusing on New York’s fashionistas aged 60- 90; the feature film Gloria about a 58-year-old Santiago divorcee’s search for love; The Songkeepers, documenting the Central Australian Aboriginal Women’s Choir; Brazen Hussies, Catherine Dwyer’s critically acclaimed documentary history of Australian second-wave feminism; Hip Hop-eration, following a dance troupe of senior citizens from New Zealand’s Waiheke Island in their quest to perform at the World Hip-Hop Championships in Las Vegas in 2013; and Morgana, Isabel Peppard and Josie Hess’s empowering documentary about the middle aged housewife turned erotic filmmaker.

‘It was interesting to realise just how few films there are, not only with older women in them, but older women who push against the stereotypes of what we think about older women,’ says Kirsten Stevens the programmer behind this strand of screenings.

Stevens is the deputy director of the Melbourne Women in Film Festival and also a lecturer in Arts and Cultural Management at Melbourne University. Lead curator Jane Scott sought her out to make a list of films that might fit with the ‘Flesh after Fifty’ theme, but it was sadly harder than she would have liked.

‘We wanted films that were working against expectations and weren’t just depicting older women as wives and devoted carers, but as active people who were loud, or claimed their sexuality, claimed space and resisted this invisibility.’

‘We wanted films that were working against expectations and weren’t just depicting older women as wives and devoted carers, but as active people who were loud, or claimed their sexuality, claimed space and resisted this invisibility.’

Stevens says that although globally there are some high profile older movie stars like Helen Mirren, Judi Dench and Meryl Streep, ‘beyond them, we don’t really have an array of older women that you think of as leading women.’

‘In programming, I wanted to look beyond rom-coms, and have some local stories, and a diversity of stories about older women, and I ended up finding these more in documentary than in feature films. So the shortlist was a lot shorter than I would have liked it to be! I was hoping to have 50 films that I’d have to whittle down, but in the end, in terms of finding positive images, there was really only a small group.’

Stevens quotes producer Sue Maslin, who at the recent Melbourne in Women Film Festival, said that older women were by far the biggest buyers of movie tickets, and that serving them well made sense on so many levels, but especially financially. And yet they are not served.

Stevens cites the global Ageless Test, the research done by the Geena Davis Institute on Gender in Media, which found that no women over 50 were cast in any leading roles in 2019’s 30 top-grossing films from the US, the UK, France and Germany. ‘We’re still fighting to see women of any age represented, and then it’s worse for older women. And if you’re an older woman of colour you’re even more invisible.’

no women over 50 were cast in any leading roles in 2019’s 30 top-grossing films from the US, the UK, France and Germany.

‘It needs to be the work of our media producers to show images of older women that are relevant and vibrant and diverse. We’re taught to feel  the older body is somehow shameful and should be hidden, and it’s this absolute focus on youth and stereotypical ‘beauty’ that causes such stigma. We’re all going to be old one day and we need to see older women on film as fully rounded characters who are not just housebound, senile, unfashionable and cranky.’

Flicks after Fifty screens at the Abbotsford Convent Collingwood from Friday March 26 – Sunday March 28. Bookings are essential, though three of the six screenings are free. Filmmakers will be in attendance for the screenings of Morgana and Brazen Hussies.