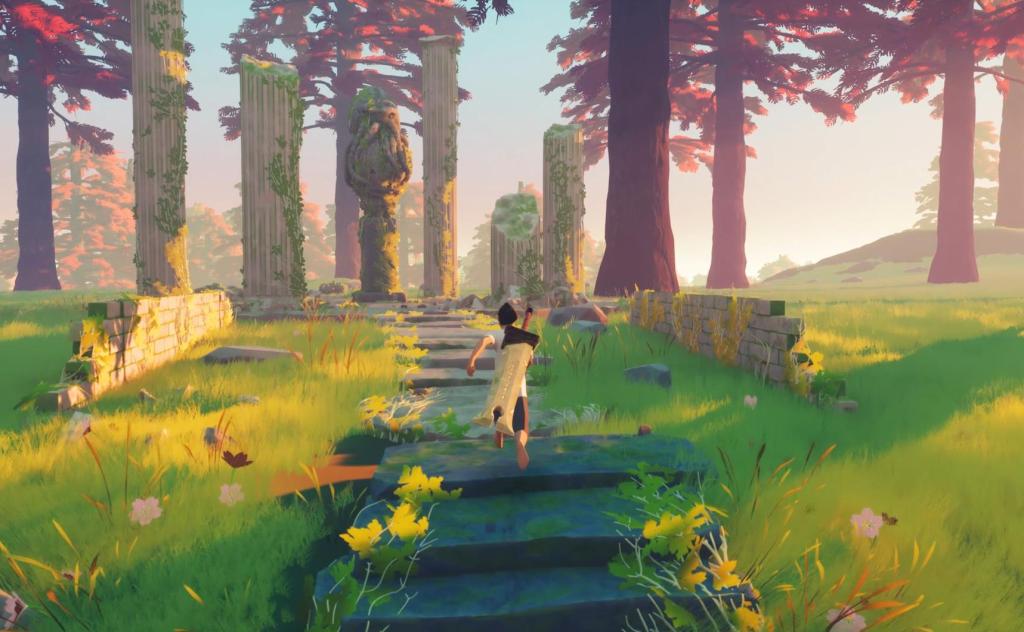 Kristian Kebbe will use the funding to hire animators and sound designers for action-adventure game, Lucen. Image supplied.

The latest crop of Film Victoria funding has been announced, and eight new titles have received support. The funding in this round has gone to projects at all stages of development, from concepting to release, and developers from a range of backgrounds and experience levels. These are the eight projects supported this round:

With this funding, Kebbe will bring his expertise in visual effects and animation to his first game, Lucen. Kebbe is using the funding to bring additional animators and sound designers onto the development of the atmospheric action-adventure game, which will be developed for PC.

From Umbrella Party Studios, Miska is an environmentally conscious problem-solving narrative game, where a player revisits a Victorian National Park from their childhood, only to find it hopelessly overgrown. For studio leads Victoria Gyors and Alan Robinson, this funding will make full-time game development possible.

Gyors feels that making a narrative game about place and belonging is more urgent than ever in 2020: ‘The current situation, and even the bushfires that occurred earlier this year, has really highlighted the importance of the connections we have with family, friends and the environment around us.’ Miska is being developed for PC.

MacLarty is known for his design-driven, devilishly difficult puzzle games, and Logical Lawns promises to scratch the same itch. He’s developed Logical Lawns, a meditative, multi-layer logic puzzle about landscaping the lavish grounds of a curious estate. The logic puzzle will come to mobile, Mac and PC.

Sound engineer Allison Walker is developing a game for Mac and PC about exploring surreal sonic landscapes. The game, which will be played entirely through sound, will be accessible to visually impaired players.

David Chen’s Spiritwell won the inaugural ACMI/RMIT Game Prize, awarded to a graduating student from the RMIT Bachelor of Design (Games) whose work explores the artistic potential of the medium. Now, he has won funding to continue developing the fantasy RPG adventure for PC, which uses pixel art to tell the story of a lost child who falls down a well into a world of spirits.

Untitled, Olivia Haines
Haines is an artist and game developer known for tiny games like Terracotta and Dollhouse, which received accolades for their feminine aesthetics, and reflective, gentle stories. Her latest project, which is being developed for Mac and PC, will explore the story of a woman who returns to her hometown to examine an old relationship.

The Stranger Next Door, Fae Daunt

SAE lecturer and games researcher Fae Daunt has received funding for a new narrative game for mobile. The Stranger Next Door is a horror game that plays out in real-time through a fake social media interface.

Local studio Samurai Punk are developing an as-yet unnamed sequel to Roombo: First Blood. The action-comedy game follows its robot vacuum protagonist onto a cruise ship. It will be developed for Xbox, PS4, Switch and PC.