Film Victoria has a new attraction incentive of $19.2 million which will be used quickly as a longer term plan evolves.
David Tiley 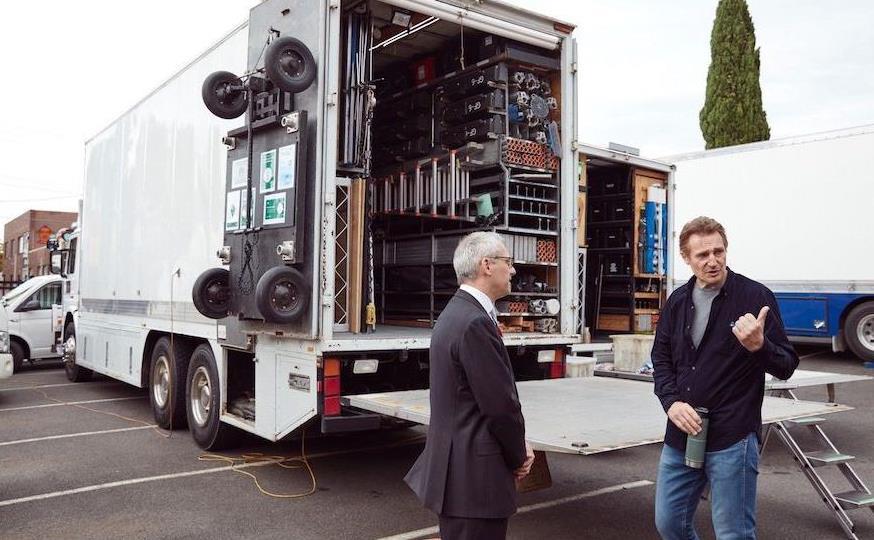 Two worlds being polite to each other as actor Liam Neeson talks to Minister Danny Pearson on the set of Blacklight. Image supplied.

As producers hunt for crews and cash across Australia, Film Victoria announces its stimulus package.

Danny Pearson, the new Minister for Creative Industries, has put his name to ‘a record investment of $33.8 million in Victorian screen productions and programs, to allow more international and local projects to be to be made in Victoria, with the vast majority of the fund to be committed this financial year.’

So a pause in investment, plus a transfer to development, has become a pulse of new activity. It includes the Liam Neeson vehicle Blacklight, which is now shooting under COVID-19 rules.

In addition, the announcement said: ‘There will be $4.7 million for the development and production of local content across film, television, online and digital games and $8.6 million to continue Film Victoria’s successful local production investment and industry and skills development programs. More than half of the investment will be allocated in the current financial year, providing significant immediate job stimulus. Film Victoria’s investment in the development of locally generated digital games will double.

‘Some $19.2 million will be allocated to attract international and interstate screen projects through a new Victorian Screen Incentive. This incentive will target physical productions, visual effects, animation, post-production and, for the first time, digital games projects.’

Meanwhile the new soundstage at Docklands is under construction, which will be supported by $1.3 million to create “a trade and technical hub”.

This is very much a holding operation. Film Victoria is busily creating a new five year plan, with its own strategic survey which aims to create a coherent sector in a time of mind-boggling change.