We peruse the lineup of Castlemaine Doc Fest, 'the Festival to go to when you're not allowed to go anywhere else!'
David Tiley 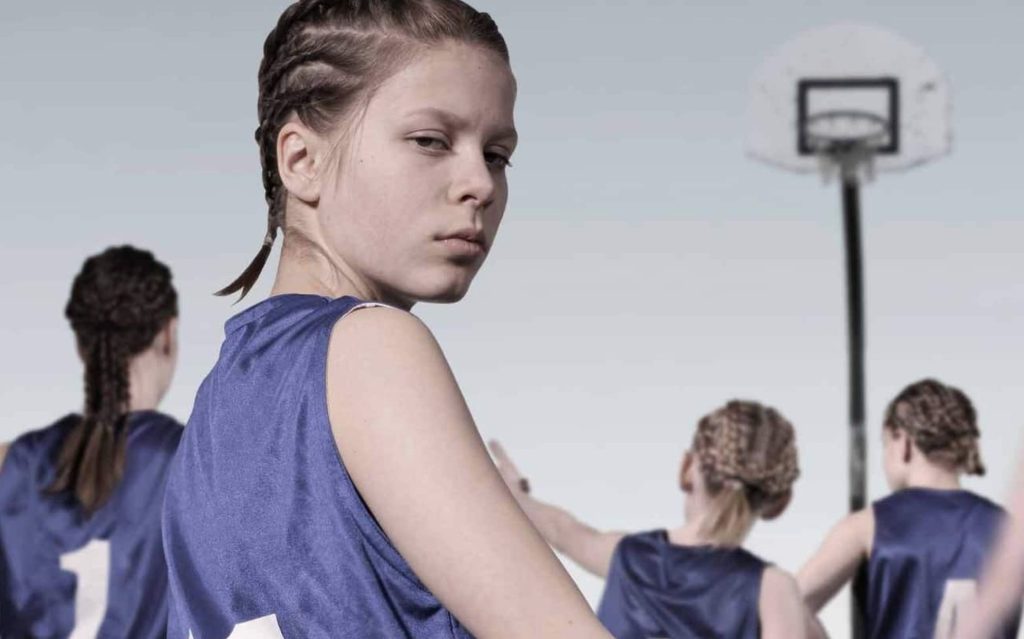 Captured in Raise the Bar, a young Icelandic girl takes on the fight to play against boys.

Right now, the Castlemaine Documentary Festival is a flurry of frantic changes and bitter jokes. At least, artistic director Claire Jager acknowledges, there are people much worse off than first world organisers locked down with a stash of good coffee and a veggie garden outside.

But a huge amount of planning has been wrecked. Castlemaine (known to insiders as Upper Fitzroy) is a buzzing creative town, where even the railway station coffee is sold by an excellent actor. Each year the documentary festival gets better and better, so the films are carefully curated with excellent panels. They are screened in the Theatre Royal which is late goldfields, post-hippy shabby-chic and a great nest for a festival.

All those in-person events are gone now. The festival is back to a repeat of last year, which means the delivery, scheduling and contract issues are easy to solve. As Jager told Screenhub, ‘We were in the cloud last year, and the support that people gave us from all over the country allowed us to future proof the festival for this year. So we are primed and prepped for this switch.’

The transition to cloud-based online delivery is a wrench. ‘This is hitting regional festivals all over Australia,’ she said. ‘We created this festival with films we think are going to resonate with our community and our audience, and we are really missing that local energy.’

The result is inevitably more abstract. As the Theatre Royal remains dark, the organisers have to watch the digital numbers climb and imagine people from Albany to Cape York curling up with strangers filmed around the world.

These films are assembled with filmmakers’ eyes. They are all beautifully organised, with fantastic access and unique visions forged by experience. At the same time they are built around unique solutions to documentary problems, with a sense of surprise and deep achievement. Raise the Bar, Faith and Branco and Bitter Love are Australian premieres.

China’s 3 Dreams, for instance, was finished in 2014, which makes it a doorway to the past now. Even its festival successes are just a list on websites. The last in a series of films by Sydney observational documentary expert Nick Torrens, the film was made over eleven years, based on deep friendships with Chinese people who explore their memories of Maoism, the Cultural Revolution, and Deng Xiao Ping’s injunctions to get rich. Tender and patient, it is the opposite of polemic.

As the program says, ‘”In the 1970s we had only 3 dreams: a watch, a wireless and a bicycle.”‘ A parable of China in the twenty-first century: eleven years inside the dilemmas and dreams of its people.’

Welcome to Chechnya explores the terrifying campaign to exterminate the LGBTQ community by the government of Ramzan Akhmadovich Kadyrov. Director David France protects the anonymity of participants with face replacement technology, an early constructive use of deep fake methods.

Maxima, directed by Claudia Sparrow, follows Máxima Acuña in her battle against the Newmount Mining Company which wants her tiny farm. This is the kind of saga in which hired goons attack by digging up the family potatoes, before Máxima Acuña takes her battle to Lima and Washington. As POV Magazine says, ‘In the end, it’s Máxima Acuña’s presence that gives the film its power. The little woman in the sombrero and poncho whose courage and will to continue her struggle will never be defeated.’

Claire Jager brought the story home in our discussion. ‘We have exploration mining licenses all over Victoria at the moment. It’s the second gold rush. So that is why we programmed this film.’

In stark contrast, Alison Ellwood’s Laurel Canyon – a Place in Time is there because it is a hoot. As the advertising says, ‘Celebrating the music of Joni Mitchell, Jackson Browne, Linda Ronstadt, The Eagles, The Mamas And The Papas, Carole King, Crosby, Stills, Nash and Young, James Taylor, The Doors, Frank Zappa and more, the film takes us back in time to a place where a rustic canyon in the heart of Los Angeles became a musical petri dish.’

For those of us who have replaced bad drugs with $20 Shiraz, this may be an exercise in nostalgia. But lurking at the edges are much darker questions, as the boomers (known in more civilised societies as elders) confront their own mortality, everyone else gets to ask the how, why and what of their place in history. Or at least the flower power version of American exceptionalism.

Because ob-docs are so attached to reality they can exude a particular kind of sad poignance, a complicated mess of hope, comedy and disappointment. Bitter Love by Jerzy Sladowski is about the passengers on the Maxim Gorky, a battered Russian cruise ship drifting down the Volga River. ‘Everyone on board is yearning for something in their lives: happiness, love, companionship – and the lucky ones find what they are looking for. Most of them have their best years behind them, and they know it. Life is long, happiness is fickle, but the tragicomic tone is above all witty and heart-warming, and without revealing too much, there is a prospect of a happy ending even before the journey is over,’ says the program.

Subcurating a tightly curated group of films, we want to emphasise two films which are true Covid antidotes.

‘In 2011, Faith travels from England to Serbia to learn gypsy accordion. She falls hard for Roma violinist Branko, and despite language barriers, they fall in love through music. Passionate and collaborative, their onstage chemistry fuels explosive performances and a star-crossed love affair’.

In Faith and Branko, Catherine Harte follows them for seven years.

Even better, music tragics know that they are still together, married to their music and each other, performing to delighted audiences but now trapped like us in their living rooms. The documentary is a wild collision of cultures, which explores the power and human genius of music.

We’ve kept the best to last.

‘In 2016 a basketball team for girls was formed in Iceland. The coach was uncompromising and constantly raising the bar. He parented each preteen girl into an empowered young woman. It worked. The girls were trained as leaders off the field and as professional athletes on the field. They set their goals high, and were victorious in girls’ and boys’ tournaments. Until they were no longer allowed to compete with boys…’

Gudjon Ragnarsson’s Raise the Bar is a hoot, and the sheer unashamed joyous energy of the team is totally infectious.

Here is the normally financial Business Doc Europe, which interviewed actor turned emerging documentary maker Guðjón Ragnarsson. ‘”One of the big points in the film is that we are underestimating kids,” says Ragnarsson. “That is the main [point], not to say that we can’t yell at them or be harsh with them, it’s just that kids are awesome and their brains are better than ours. So we should both listen to kids and trust them more, and give them a voice, uncorrupted by politics.”’

The festival streams across Australia on Saturday and Sunday. A weekend pass costs $150 for seven films, or $120 concession. The Saturday pass is 3 films for $70 and $60 concession; the Sunday pass is 4 films for $85 and $70 concession. Plus booking fees. This is what it costs to deliver the service.

You can also buy individual tickets using the button on the page for each film.

While the films have a start time, you can watch the film for the next 48 hours after the streaming window opens. More information on the website and Facebook.