Can we out-compete the world in production hunt?

Australia looks good in the international marketplace but the competition will get fiercer and fiercer. We have to urgently solve one serious problem in the subsidy system.
David Tiley 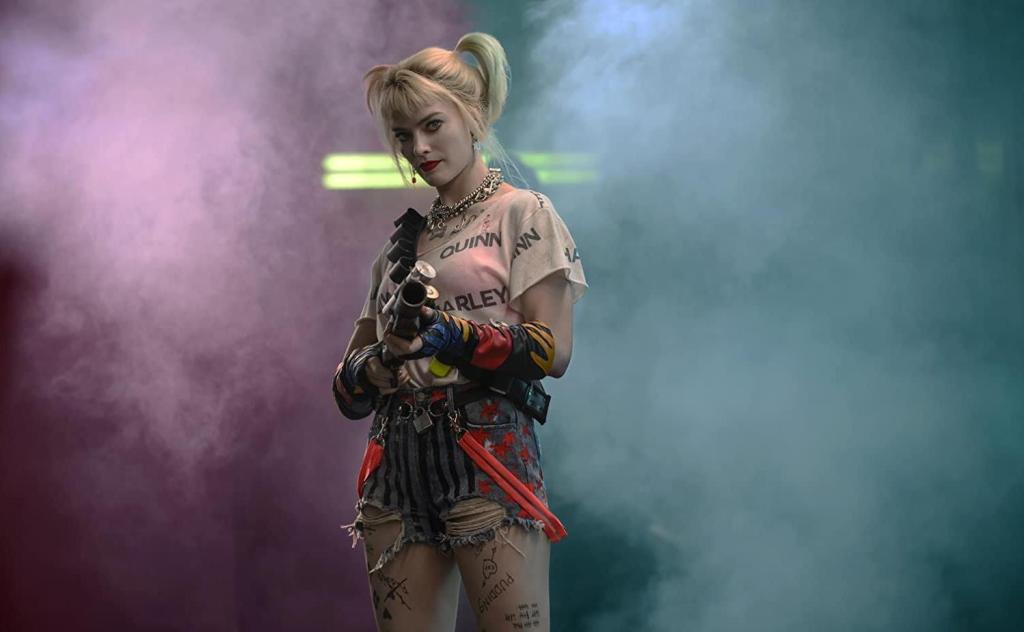 Much as Hollywood loves sass and energy, deals are made with money. Government money. Image: Margo Robbie in Birds of Prey.

While the screen sector copped a belting from the virus shutdown, producers quickly realised that an international pandemic also provided opportunities to attract footloose productions. By opening quickly, Australia could beat the fierce competition for this market.

In so doing, the agencies were looking ahead. Studios were already booked on existing productions which would surge forward; the task is to get the second layer of shows for 2021 and beyond.

The coming fight over footloose productions

Now the sector is faced with the reality of that competition as the system unfreezes. Australia has a viable and confidence-building set of guidelines for safe production in place, but so do the competitor markets. I am hearing across the board that the agencies are receiving serious enquiries in which the details of any possible arrangement are up for discussion. Kate Marks, CEO of Ausfilm, has identified nearly $1 billion worth of projects kicking tyres in just the last month. The South Australians are bullish as well.

But Marks argues that the deals need to be made in the next three months to come on stream late in 2021.

But there is one huge long running problem which will bite us on the bum. It is contained in the government’s approach to the financial carrots we offer the international sector. The Locations Incentive is stuck on 16.5 per cent while competitors offer much more. Attempts to get this regularised have failed as government prefers to use specific tranches of money to build that 16.5 per cent to 30 per cent.

In the latest round of these, the government found $140m which was supposed to run until 2023. But it was scooped up very quickly to pretty well fill the industry dance cards over 2020. By November 2019 the government committed $122m of the total so the cupboard is bare. To the government, it has provided a robust pipeline to get the craft side of the sector going strongly. The problem only turns serious as we bid for the next round of productions whose producers are trying to set up deals from now on.

Meanwhile, Minister of Communications Paul Fletcher has been determined to solve the regulation problem in broadcasting once and for all. He is using the  ‘Supporting Australian Stories on our Screens – Options Paper’, released on April 15.

Unfortunately, the question of the 16.5 per cent is tangled up with this. The final comments on the current Screen Australia/ACMA Options document are due on Friday and the levels of tax offset are included in the debate. Right now we do not know for sure what the various players are campaigning for and we will have to wait until the government posts the public papers online. But we do know that the issues remain intractable and the Location Offset problem is stuck in the same mud.

In the past the sector has always known that the government would solve this problem by directly subsidising the shortfall on the Locations Offset. This time round, there is no word.

In the past the sector has always known that the government would solve this problem by directly subsidising the shortfall on the Locations Offset. This time round, there is no word. And certainly no word about the next three months.

On June 3, Walter Secord, the shadow Minister for the arts in the NSW Legislative Council, made a statement about the NSW film industry. It was an odd document, in which he said, ‘I would like to see the New South Wales Government, through Screen NSW, develop a program to target international productions including those of American and European film companies to consider New South Wales as a destination, subject to strict quarantine.’

That looks like a coded way of saying that the NSW government should pony up that 13.5 per cent for productions heading to Fox Studios.

What about the international competition? Patrick Frater has done a thorough analysis of our region, pointing out, ‘Right now though, the problem [in Australia] is not whether the federal location offset should be 40 per cent or higher. Rather, it is how to get film production moving again in a country endowed with modern studios, stunning locations and world-class crews and talent.’ The various local industries are venturing cautiously out of their lockdowns.

The Czechs are in business, production is rolling in Iceland and Slovakia claims it never stopped. The Irish playbook is similar to ours with development and mentoring etc, and a theoretical start date of June 29.

The Czechs are in business, production is rolling in Iceland and Slovakia claims it never stopped. The Irish playbook is similar to ours with development and mentoring etc, and a theoretical start date of June 29.

The UK government signed off on the British industry COVID protocol at the end of May, officially allowing production to restart on shows like The Batman, Little Mermaid and The Witcher. The industry is used to an annual spend of £3.6 billion, with almost £2 billion on film alone, around three quarters of which went on blockbusters.

The US restart is messy as the industry has to unite enough to come up with guidelines and get them approved by various levels of government in different states, as per this description from Screen Daily:

‘The Industry-Wide Labor-Management Safety Committee Task Force submitted its 22-page report to the governors Gavin Newsom and Andrew Cuomo on Monday (June 1) after consultation between studios, streamers, guilds and other labour groups under the organisational aegis of Alliance of Motion Picture and Television Producers.

The partners consulted with the U.S. Centers for Disease Control and Prevention (CDC), the Occupational Safety and Health Administration, health experts and others with deep experience of production.

The report stipulates all personnel follow local, state and federal guidelines, and physical distancing be implemented where possible.’

Production in Vancouver was never officially frozen, and the government of British Columbia has endorsed the industry work safety plan so companies can theoretically reconvene now,. But they must still obey the two week border quarantine regulations so Hollywood Reporter puts the US back in BC in late summer or autumn.

Fine for a while

What does this tell us? The international production problem is not serious in itself as long as the sector is working on existing deals. The issue here is whether smaller companies are still standing to take up their contracts. Once we are back in the zone with 16.5 per cent on offer as a subsidy, the sector is no longer competitive on a purely financial comparison.

But all those rules are under serious threat. We don’t know how many skilled-up cultures will be socially stable, or have functioning economies or open to travellers. Enough markets will surely be functioning for that 13.5 per cent to turn our pitching dance into a plod past an embarrassing fact.

This is a great time to think about the longer term future. That is another question, but our best option is to sustain a domestic sector funded to reach local audiences which are financed in the international market. With our population that is the only effective way forward. Which brings us back to ensuring we have a viable domestic television sector. For which we need Minister Fletcher and Treasury to pull the right system from the current options.

Hopeful but nervous is a fair description of the situation.