There will be a lot of hard tussling over the proposed reinvention of the sector in 2021. Screen Forever offered a taste of the issues.
David Tiley 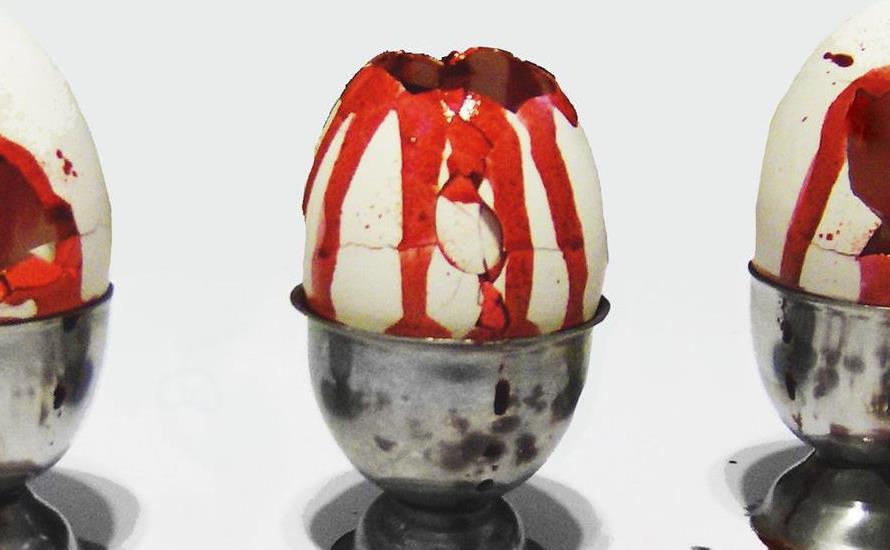 The ambiguities of our Brave New World, from a cover by Meifu of Aldous Huxley’s 1932 novel.  Image: Nextnature.

Brave New World is such an ironic term, used here to reflect both the hopes and fears about the future, and an underlying concern about corrupting, hypocritical opportunism. Here, it is a title of a Screen Forever session which brought together a variety of forces with different institutional points of view, wrangled by Karl Quinn, the senior cultural writer at The Age & The Sydney Morning Herald.

By simply listing the changes of the last year or so, Quinn sketched an industry In tumult.

Alaric McAusland, once a leader in post production and now the CEO of the Australian Directors Guild, was pungent on the government’s new strategy. ‘It seems to be well informed but poorly implemented,’ he said. He believes that the consensus on supporting Australian stories is going backwards.

Reform is necessary but all the action so far favours the commercial broadcasters. ‘Overall, it’s just creating instability and insecurity. And we would prefer a holistic and staged presentation rather than the patchwork of reforms that we’ve had.’

Michael Tear is both the president of Screen Producers Australia and CEO of a diversifying and growing production company, Wildbear. ‘I am a little more optimistic than Alaric,’ he said.

‘It’s not going to affect all businesses the same way and I do think it will be slightly harder for smaller businesses.’ He sees the increase in the Offset to 30% for television as an increase to the whole sector, and takes growth where the audience wants to go.

But, he said, ‘There is a potential for a gap and and the worst thing for producers running production companies is a lack of continuity around projects. You need certainty going forward. And the sooner we can lock that in the better, and then the industry can adapt to the new environment.’

Graeme Mason, CEO of Screen Australia, likes to integrate that ecosystem approach around the focus on audience. ‘There’s an enormous opportunity and most of our screen community is doing very well,’ he said. Key to that is the rise of broad-based companies who have abandoned specialisation.

He cited the current example of The Dry, which has succeeded well beyond expectation to pull in a variety of audiences. Distributor Roadshow ‘worked on making a campaign using the younger character’s storyline and did a campaign for TikTok to get that young audience to come. I’m not saying you have to make everything for everyone because that is ludicrous, but recognise who you’re making it for, and work with different patterns.’

Australian Children’s Television Foundation CEO Jenny Buckland is responsible for an extra $20m in funding as the commercial networks exit kids’ programs. All, as she pointed out, when the sector is booming and confirming its international reputation as one of the best in the world.

’I don’t consider that the funding that was given to the ACTF for these two years is intended to fund those shows that missed out on a commercial broadcast commission. I hope we can persuade those broadcasters to look at children’s content in a different way, and you will notice that Channel 10 said last week it is going to have a focus on children’s drama.

‘I think we need to stop thinking about how can we put a deal together for a commercial broadcaster that is cheap as possible, and actually show the high end content that is doing really, really well for us. So we’ll be putting a lot of money in to help producers develop really really strong concepts’.

Fiona Cameron, an authority member at the Australian Communications and Media Authority and formerly the COO of Screen Australia, acknowledged that the commercial TV content requirements are now easy to satisfy, as SPA has argued. But, there is still a lot of detail, often around the legal definition of terms.

At least she believes some loopholes have closed. ’Now, acquired programs are not eligible, except for feature films, so you can no longer buy a wholly New Zealand television drama and get significant points for it. That door is closed. You have to commission. Commission is defined as being meaningful and material, and the ACMA unfortunately has the job of determining what that is. I think for a little while we’re gonna have to suck it and see.’

The industry position is much tougher on the question of a content levy, in which streaming companies will commit a portion of revenue to production. Foxtel works like this already, but the government has dropped the percentage from 10% to 5%.

It seems that 5% could be the figure applied to the streaming companies. Though estimates about Netflix income varies between $500m and $1 billion, the levy tops out at under $50m/year, which is less than the company already spends. What is more, it is building its war chest and playing Good Citizen. Is that enough to compensate for the probable loss of local content, including Foxtel?

‘I think the 5% is not enough,’ said the producer-savvy Michael Tear. ‘It’s not enough. Our expectations are closer to 20%.’

Kylie Munnich added her agency point of view. ‘Five percent is a very polite number. It’s really not enough. It is not enough to stimulate the industry. If you are going to put regulation in place, it’s got to stimulate not stifle the industry so I think we need to be far more ambitious with that target.’

If that is the case, then all the huffing and puffing and posing to get a deal with the streamers will still just bring a bucket to a bushfire.

There is another problem with the streamers. As Tear said, ‘It’s really important that there is a lot of work on what they are actually buying and for how long.’ At the moment producers are focusing on the one big deal in which Netflix buys all right in perpetuity outside Australia and there is no further opportunity for revenue.

‘Yes we want shows like that, but we also want smaller shows with smaller budgets, higher risks, new players, and new voices. And I think if we get the policy mechanisms right, then that will be allowed to flourish.’ Only then can producers truly take advantage of a global market, and claw back some rights which are damaging other creative professionals.

Graeme Mason reiterated Screen Australia’s basic commitment to emerging careers and the evolution of the form. ‘It is essential that we have new voices, diverse voices, inclusive voices and brand new people coming through. It’s essential we have second and third projects because it’s really hard to get that career step up and you also have to ensure that we don’t become ageist and block the experienced side either.’

Alaric McAusland found the real point of tension. ‘The breeding ground for innovation and new faces and new talent has historically been theatrical release feature films under the producer offset. The threshold change [with some other details] is killing that alive.’

‘That is simply not true,’ Mason replied.

McAusland kept going. ‘We talk about the great success of movies like The Dry, Penguin Bloom, High Ground and Long Story Short, but talking to the filmmakers, clearly they advise that these films would not be financed at 30%.’

It is a trickier question than it seems. Screen Australia and the state agencies will try to compensate, and the financial environment is evolving quickly. Rather than put it to the Senate, the government might back carefully away. But everyone around the sector probably agrees that the changes are silly and destructive and not worth the bill for the band-aids.