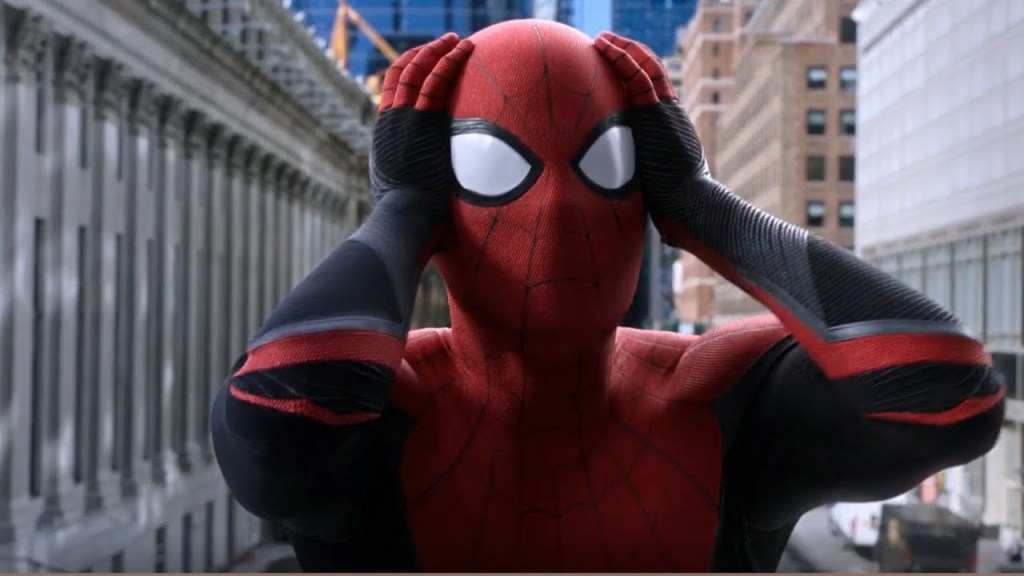 Could this be….. a CONTRADICTION?

Before Christmas, Spider-man: No Way Home emerged as the juggernaut of 2021, taking no less than $26.19 million when it launched on the weekend of December 19. It did six times of the business of No Time To Die. The screen average was a delicious $33,000, to the relief of the exhibition sector which gave it 1121 screens.

The health of Spider-man

How does that compare with Christmas 2019, just before the plague arrived? The audience candy was Star Wars: the Rise of Skywalker, which arrived on 1056 screens, and made $22.57 million for its first week with an opening screen average of $21,000.

So Spider-man did better, which means the cinemas can now deliver stunning figures for the right film, despite the battering Australia has taken over the last two years.

What is more, both films behaved similarly in week two, collapsing from Gold Rush numbers to the merely yummy.

As the bells jingled across our Covid-addled culture, Spider-man added a modest $7.18 million for the next weekend, a drop of 74% as it also surrendered more than a third of its screens. The screen average dropped to $25,300.

However, it still took an astonishing $52 million across Australia by Wednesday December 29.

Singing along with Sing

Here is an interesting comparison while we ponder the impact of Omicron.  On December 26, 2016, animated musical Sing opened on 389 screens, to make $4.7 million in its first weekend, and $7.8 million for the full week.

Also opening on Boxing Day, Matrix Resurrections has made $6.5 million, well ahead of West Side Story despite a similar release pattern.

Gucci glitter for a new year

The New Year’s Eve releases added three very different films to the mix. Ghostbusters: Afterlife took $4.25 million in its first week, while Clifford the Big Red Dog did $1.5 million on just over half the number of screens. House of Gucci performed pretty well in this context, with $2.82 million.

House of Gucci has ‘mature mainstream’ all over it, with a true story, murders, European trash high society and lashings of frocks. As well as Lady Gaga. In ordinary times, it should be a solid performer through January.

The King’s Man from Disney took $1.6 million in its first weekend. The Addams Family 2: Road Trip is a family animation which made $685,000 off 268 screens, so everyone knew that streaming would hit it hard from the start.

The two Australian documentaries in the cinemas have performed very quietly in their first week. I’m Wanita is in six cinemas, and has taken $14,000; Shane was given a push to 81 theatres by Madman on its way to Amazon Prime on January 25 and took $11,000.

Read: I’m Wanita not just and other Star is Born story

Encanto, which climbed from $5 million to $6.05 million over Christmas, a disappointment for an energetic family animation from Disney, which mugged its screen audience by streaming it on everything except radio.

Dune climbed from $11.8 million to $13.7 million in five weeks, which is pretty dire because it is not streaming yet, as it is one of those Disney/Legendary Pictures deals which are controlled by Warners and heading for HBOMax.

Venom: Let There Be Carnage was cleaned out by Christmas. Last weekend it took all of $50,000 off a miserable 35 screens. It is not even streaming.

The Tragedy of Macbeth arrived on December 26, supported by glowing reviews, but A24 is not releasing statistics – not anywhere in the world. Presumably, Apple insisted on secrecy.

Read: Best, worst and most bizarre films and TV of 2021

According to Deadline, ‘Tom Holland’s Peter Parker now fronts the No. 8 movie on the all-time global chart with No Way Home leaping past Marvel’s The Avengers, Furious 7, Frozen II and Avengers: Age Of Ultron across the current frame.’

It has done all this without China, where it has not passed the censors, who get hives when anyone even mentions the word Marvel. However, this picture is still controlled by Sony which may help.

Even though China tightened restrictions with the rise of Omicron, it remains the biggest market in the world, with around $9.75 billion or 37% of the total planetary box office. With 1.5 billion of the world’s 8 billion people, there is still plenty of room for growth.

At the moment its box office is dominated by local titles, with Embrace Again at the top with $15.3 million so far, followed by G Storm from Hong Kong and then Another Me, a period comedy according to Variety.

West Side Story has made $74 million around the world, which is depressing; Venom: Let There be Carnage is up to $700 million; Ghostbusters Afterlife is on $266 million; Dune has made $550 million; there was no US release for The Power of the Dog.

Hollywood was right to allow the tentpole storyworlds to splinter around culture, gender and style. For a while The Eternals seemed to bump its nose against the edge of possibility as Chloé Zhao gave her story time to breathe, but Cate Shortland’s Black Widow held the tentpole audience. And the Spider-man franchise now takes the piss out of itself with wonderful glee.