Box Office: no rush to the movies yet but some gems are hanging in

A turn to older audiences underlies Rams, and gives a bit of bite to some imported flicks as well, as we get some US Hulu releases in our cinemas.
David Tiley 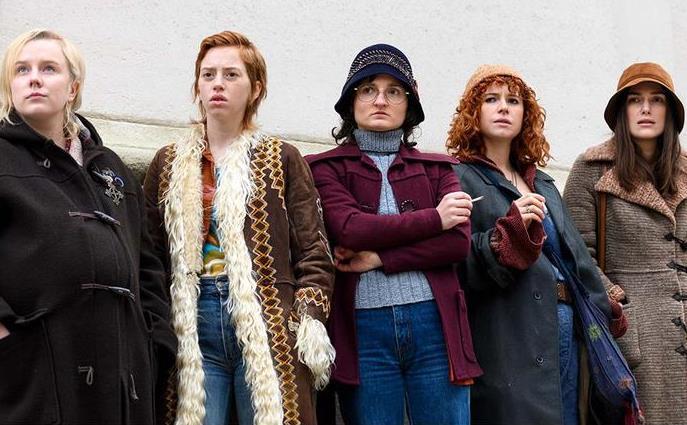 Guess who pressed the start button on change?  Image publicity.

Babyteeth, the overwhelming winner of the film AACTA awards, is still in cinemas after 19 weeks though it is creeping about on four screens for $7.4k over the weekend. The total now stands at $409k.

Babyteeth has Universal and Rams is run by Roadshow so the both have major distribution outfits behind them. They are hugely influenced by the chaos of the year, but the results surely point to domestic star power plus a strongly Australian environment, and maybe even the condensed scale of two brothers, each played by actors we have known for generations.

Dirt Music is hanging in on 25 screens after eight weeks, but the total weekend box office dropped by 70% to $3878, bringing the total to $642,791. Again, this is a Universal distribution deal.

Brazen Hussies, distributed by Film Art Media which understands distribution very well, has been out for four weeks, dropped ten screens to 28 and made $9332 over the weekend so the total is now nudging $100,000.

My report on the current box office for Ellie & Abbie (& Ellie’s Dead Aunt) in the first iteration of this article provoked an objection from Arcadia, the distribution company which enables me to tell a much more informative story about the film.  I figured it is doing much worse than it deserves and not even hitting its core audience. It dropped from 17 to 11 screens, and made $16,907 altogether. For me, this is an example of a company with none of the resources of a major distributor, and the numbers show us how the landscape plays without traditional clout.

Arcadia pointed out the cinema release is part of a much longer campaign. Without that larger picture, they argue that my analysis misrepresented their intent and insulted the company.

Although Arcadia been releasing films with a core emphasis on cinema release since 2017, the release strategy in this case is designed to promote the TVOD release on Wednesday 2 December. In the festival release it was the opening night film at Mardi Gras Film Festival and had program attention at  MIFF, BIFF, and Cinefest Oz. So the cinema release was ‘a short 1 week window which was focused around event screenings, and a very limited session allocation per site (1-2 on average).’

The pre-November take was $70,000, which is a solid amount by any standards. And 11 of the 17 cinemas kept the film for a second week with the film coming out on Google Play, along with Babyteeth, Acute Misfortune, Black Water: Abyss, Combat Wombat, and In My Blood it Runs.

In the conventional world the top player in Australia now is Happiest Season from Sony, which went out on 247 screens and took $553,424 over the first weekend. The finale looks grotesquely sentimental in the publicity, but the picture has been doing well with critics, so the feels must be managed well. There is a place for that. In the US it is released on Hulu, while here it comes via Sony Releasing with Entertainment One in the UK and Canada.

In third spot is neo-western Let Him Go, decorated with Kevin Costner and Diane Lane as oldsters trying to retrieve their grandson from a hellish family. $336,000 off 275 screens in its first week. There is always something satisfying about good old people with shotguns.

Misbehaviour, an occasionally cartoonish but always fun dramedy about the feminist assault on the 1970 Miss World pageant, is at number seven. Everyone seems to be used to the $300-350,000 slot, and this one has 283 screens and $313,000 at the turnstile. The Brits always do this kind of film with aplomb and the costume work is understated and superb. Also, it gets emotionally and politically complicated in the middle in a thoughtful way which made it really worthwhile.

David Byrne’s American Utopia opened on 89 screens and did $68,000 in its first week. Critics have screamed with joy over this Spike Lee film, which went to Hulu in the US.

Baby Done is wallowing; $4000 this weekend off nine screens; see it now if its on your list.