Babyteeth and Stateless haul in AACTA Awards in a strange year

Our democratic hearts would love to see a broad sprinkling of glory but two productions dominated. All the winners are listed here and congratulations to them.
ScreenHub 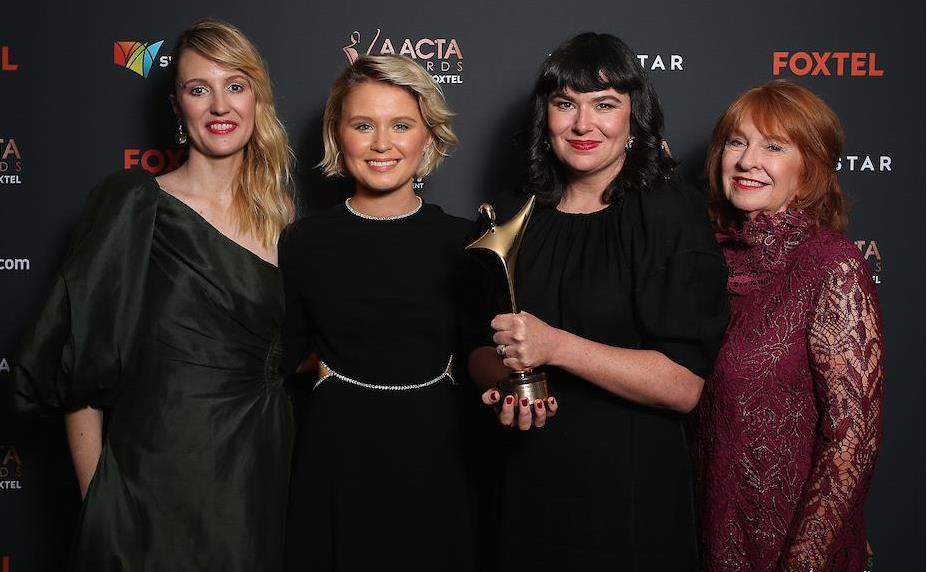 Another year – though what a strange year – and another AACTA Awards, and they too were a little strange, though some would say they always are. Due to Australia’s current good luck and good management of the pandemic, an actual physical AACTA Awards Ceremony was possible yesterday (Monday 30 November), presented by Foxtel at the The Star Sydney event centre.

With social distancing in place, this came complete with red carpet, fancy frocks, musical performances by the likes of Tim Minchin (who won Best Comedy Performer) and lots of local talent in attendance to present and accept awards, in amidst the now-requisite sprinkling of homely pre-recorded segments.

2020 marks the tenth year of the Australian Academy of Cinema & Television Arts (AACTA) Awards, which grew out of the AFI Awards. The nominations process and awards are always an important celebration and survey of the past year’s achievements in Australian film, television and online entertainment. With production shutdowns and cinema closures this year, they were also a celebration of actual mere survival, and an occasion for many to call for further support of Australian screen stories.

New AACTA President Russell Crowe used his address to urge the Federal Government to support the local screen industry in the wake of the pandemic and to help facilitate the rise in Australian-based production seen in recent months, saying that, ‘Given the right support, the screen industry can be used as a powerful driver for economic recovery.’ You can watch his presentation here:

As part of the AACTA Awards, the Industry Awards are generally celebrated with a non-televised luncheon to present the gongs for those all important craft categories, including editing, cinematography, costume and production design, score and sound design. This year, they were a purely online affair, announced on Friday 27 November and broadcast via AACTA’s ScreenFest website and Foxtel Arts. The Invisible Man took out Best Editing, Best Cinematography and Best Sound at these awards, while True History of the Kelly Gang took out awards for Costume, Hair and Makeup and Production Design.

The full list of AACTA Awards Winners is copied below, but here are some quick highlights and observations:

Best Screenplay in Television: Elise McCredie, Stateless Episode 1 – The Circumstances in Which They Come

Best Direction in a TV Drama or Comedy: Emma Freeman, Stateless Episode 1 – The Circumstances in Which They Come

The Byron Kennedy Award was also presented, recognising the impact of Australian low-budget genre filmmaking and celebrating the outstanding creative enterprise within the screen industry. Jennifer Kent was announced as the recipient for her international success on the AACTA Award-winning film, The Babadook.

Presented at the Industry Awards

Best Cinematography in Television: Bonnie Elliott (Stateless Episode 1 – The Circumstances in Which They Come)

Best Costume Design in Television: Mariot Kerr (Stateless Episode 1 – The Circumstances in Which They Come)

Best Editing in Television: Mark Atkin (Stateless Episode 1 – The Circumstances in Which They Come)

Best Production Design in Television: Melinda Doring (Stateless Episode 1 – The Circumstances in Which They Come)

Highlights from the 2020 AACTA Awards presented by Foxtel Ceremony will be included in AACTA’s Best of the Decade: Australia Decides – a reimagined broadcast celebrating a decade of Australian screen on Channel Seven, Wednesday 2 December at 8.30pm AEDT and encore on Foxtel Arts, Sunday 6 December at 9.30pm AEDT.