Australians invited to join Academy in push for diversity

The organisation behind the Oscars is continuing to enact major changes. Here's how far they've come.
ScreenHub 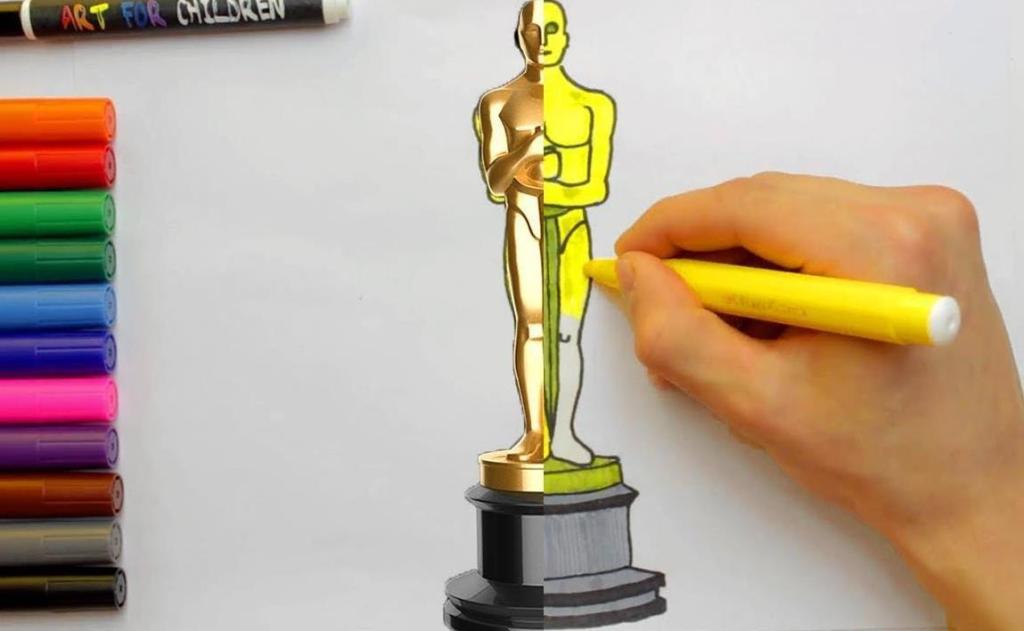 Still from Youtube clip ‘how to draw and colour an Oscar’.

The Academy of Motion Picture Arts and Sciences (AMPAS) has announced the 395 new members invited to be part of the organisation that determines the Oscars. They come from 50 countries, including Australia, reflecting a remarkable change in Hollywood’s attitude to the world outside.

The first Oscar was presented in 1929, to Emil Jannings, for his work as lead actor in The Last Command and The Way of All Flesh. He was a German actor lured temporarily to Hollywood, a pebble in a vortex that sucked people from all over the world to build the imagination of America. The award also (allegedly) symbolised so much of the scheming and salesmanship that underlies the Oscars – the first winner of the Best Actor Award was apparently Rin Tin Tin, so the prize went to the highest number of votes given to an actual human being. Indeed we can go even further, as Jannings left after the talkies revealed his German accent, so he made The Blue Angel with Dietrich in Germany, starred in Nazi propaganda films, was shut out of the industry after 1945 and was given a posthumous star on the Hollywood Walk of Fame in 1960. Such are the twists and trials of fame.

The structure of the Academy ended up mimicking so many exclusive and reactionary clubs. Seventeen different crafts, all requiring enough credits to be honoured, voted on categories and chose new Academy nominees, put forward by two members. Those names were then filtered by the main Academy board which was filled by invitation. Previous Oscar winners were accepted automatically.

Seeing the films in order to vote became increasingly difficult, as working members could be scattered around the world, while many were not citizens of the US at all. They could see films when they were released, or in special screenings in designated major centres in the US. With the invention of VHS, parcels arrived in letter boxes from Kansas to Kazakhstan.

That became much easier with DVDs – which were much easier to duplicate. Key Australian screen people would slip away to watch the piles of films at home, furtively lest they were stolen, privately in case they became tall poppies.

Eventually everyone worked out that this backslapping gang of success stories was mostly pale, stale and male as excellent nominees were passed over or left out entirely. By 2009, the Academy was scratching to reform its cumbersome voting procedures. Fiddling at the edges in 2012 just surfaced the horrid truth that members didn’t actually watch all the films they were judging and were not even sent the whole lot. In a weird piece of parochialism, all films in competition had to be reviewed by either the New York Times or the Los Angeles Times.

Falling ratings and sponsor twitchiness added to the sense of gathering panic. It didn’t help that films were supported by huge, hectoring campaigns refined as a tactic by an unknown huckster called Harvey Weinstein. As moralists pounded on the doors, organisers sweated over the impudent rise of streaming companies.

In 2014, pesky journalists worked out that 94% of voters were white, 77% were men and the average age was 63. Younger people were too busy. At the very beginning of 2016 The Academy changed the rules so members had to be active in the sector at least once every ten years. They added new board members and started a global hunt to find more diverse members.

A few weeks later, Faye Dunaway and Warren Beatty, looking like a pair of ancient, unlubricated puppets, announced La La Land as best picture winner, until the organisers realised the award really belonged to Moonlight. Which is both Black and LGBTQ. Times were really changing.

And now for the change

We have left out the early protests of wiser artists, the huge amount of organising and the continuing back and forth about the rules. The result is those 395 new members this year. A colourful report released by AMPAS names the new members in each branch and includes statistics emphasising the organisation’s strenuous attempts to address lack of diversity.

Remarkably, this seems to mark the end of that long journey in which international artists are mostly honoured when they orbit around Hollywood. Australian screen artists are being honoured for films that never even reached the American exhibition circuit – which is surely an extraordinary symbol of change.

Among the invitees are actor and director Wayne Blair, who will join to the Directing branch, in recognition of his films like The Sapphires and Top End Wedding.

The producers of both those films, Goalpost’s Rosemary Blight and Kylie Du Fresne, join the Producing branch, as does Darren Dale of Blackfella Films, with his documentaries Deep Water: The True Story and The Tall Man recognised.

Composer and musician Amanda Brown joins the Music branch, with her work for the acclaimed Babyteeth and Red Obsession mentioned. Brown’s name was put forward to AMPAS by English composer Gary Yershon who was nominated for Mr Turner.

Speaking to IF about the invitation, Brown said: ‘At first I wondered, why was a respected British composer from the other side of the world contacting me about being represented in the Academy? I did naturally wonder if there was a “token” element to it; obviously there was a broad push to diversify the Academy in terms of gender and ethnicity. I wasn’t sure how I felt about that at first. Then I thought, ‘Well, you know what? It’s an organisation that has acknowledged that it needs to change, and a seat at the table is not to be sneezed at.’

Read:Amanda Brown: ‘Music is in danger of being taken for granted’

Also invited were costume designer Margot Wilson (The Nightingale, The Dressmaker), VFX artists Genevieve Camilleri and Matt Everitt, who were nominated for an Oscar this year for Love and Monsters, and Charles Williams who joins the Short Film and Animation Branch after his film All These Creatures won the 2018 Cannes Short Film Palme d’Or.

In the Marketing and Public Relations division, we have Victoria Treole, now far away from the Australian screen bureaucracy.

Full list of invitations to 2021 new members is here.