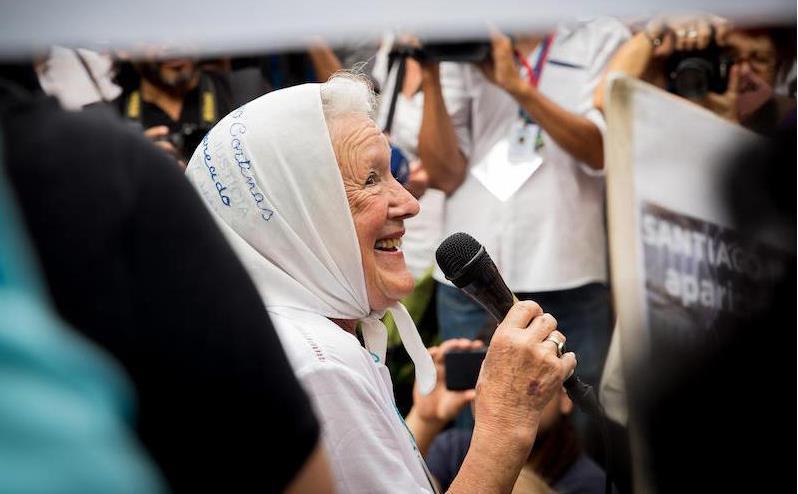 The Australian International Documentary Conference (AIDC) is a very useful tool to encourage the Australian sector to look globally. The international pitching competitions have been a key feature since the 1990s.

They have endured the slow erosion of the single documentary, supported the growth of the feature length film and countered the reflexive distaste of local broadcasters for foreign stories through Australian eyes.

The AIDC has also struggled to work with partners in Asia, despite some valiant attempts.

Over the last six years, the FACTORY, the most recent version of the international pitching showcase, has incrementally embraced these issues, and the 2020 list is really encouraging.

Here is just one example. ‘Gordon is a Scottish artist with a terminal brain tumour. He named his tumour Rick and creates comics to explore his own mortality.’ Scottish production company Melt The Fly is turning this story into a documentary which is currently in production.

It is produced and directed by Austen McCowan who has made one documentary short according to IMDB and Will Hewitt, a video producer who set up the company with McCowan after three years as a video producer for other people. Not an enormous track record.

But the executive producer is Amy Hardie, whose career as writer, director and producer started in 1992 and whose interests tend to the medical. She has a university degree in logic.

The project has been pitched at DocsBarcelona where it won the DAE Award focus on new talent, along with Sunny Side of the Doc and Edinburgh. Now it will be pitched again at the Australian International Documentary Conference in a living demonstration of an international business in action.

The AIDC considers these projects have strong market potential. They are pitched to a variety of different financing trajectories, including funders, buyers, broadcasters, sales agents and distributors, to use the list in the release. There are three strands: the Central group are the most mainstream, while the New Talent showcase will tend to more challenging work. The Roughcut strand is an opportunity to pitch the most difficult work, using character, location and style to overcome risk aversion.

There is one valuable prize – ‘four weeks of in-kind post production facilities and/or services by FINCH in Sydney – including grade, online and mastering to the value of $45,000 AUD. That is most tasty for a rough cut project.

AIRBORNE
The story of Delhi’s apocalyptic air and escalating communal violence is woven together by an unlikely figure – the black kite, and its human entanglements.
Director: Shaunak Sen
Producer: Aman Mann
(India)

BREAKING THE NEWS
The Philippines’ biggest newsroom is killed by the government. As owners bargain to save it, a journalist fears what the price may be.
Director: Chiara Zambrano
Producers: Chuck Gutierrez and Baby Ruth Villarama
(Philippines)

GLORIAVALE
When widespread corruption, abuse and sexual assault is uncovered at the Gloriavale Christian Community, one man sets out to save his family and bring the powerful cult to their knees.
Director: Noel Smyth
Producer: Fergus Grady
(Australia, New Zealand)

HERE, THE SILENCE IS HEARD
After arriving in Chile and inhabiting the old house my grandparents abandoned in exile during the military dictatorship, the ghosts of an open family wound start appearing at night.
Director: Gabriela Pena
Producer: Picho García
(Chile)

LA LUCHA (THE FIGHT)
People with disabilities are among the most discriminated against in Bolivia. Fed up with being ignored, a group marches across the Andes to speak to the President.
Director: Violeta Ayala
Producer: Dan Fallshaw
(Australia, Bolivia, USA)

LONG LIVE MY HAPPY HEAD
A Scottish artist with a brain tumour creates a comic to prepare his loved ones for his death, whilst the pandemic forces him into isolation, trapping his partner in America.
Director: Will Hewitt
Director/Producer: Austen McCowan
Executive Producer: Amy Hardie
(United Kingdom, USA)

MAKE IT LOOK REAL
An intimacy coordinator – hired to choreograph Hollywood sex scenes and keep actors safe on set – aims to change her industry in the wake of the #MeToo movement but begins to question whether she really is able to protect the actors she works with.
Director: Kate Blackmore
Producers: Bethany Bruce and Daniel Joyce
(Australia, USA, United Kingdom)

MASTERS OF THE NIGHT SKY
An ecological love story that connects the dots between the symbiotic relationship of Australia’s fragile Alpine ecosystem and its iconic moth. Like a stack of cards, if this tiny insect at the bottom of the food chain fails to adapt to a warming planet, the entire biosphere could collapse.
Director: Grania Kelly
Producer: Veronica Fury
(Australia)

NORITA
In 1977 Nora Cortiñas’ son was kidnapped by Argentina’s dictatorship. During her forty-year search for him, Nora is transformed – from a conservative ‘housewife’ into a trailblazing activist and celebrated icon – inspiring a new generation to fight for their democracy.
Director: Jayson McNamara
Producers: Daniel Joyce & Rebecca Bennett
(Argentina, Australia)

PARADISE
Three environmental crusaders confront murder, betrayal and their own demons as they are tested like never before in their battle to save an island paradise in the Philippines.
Director: Karl Malakunas
Producers: Marty Syjuco & Michael Collins
(Australia, USA, Philippines)