The AFP raid on the ABC is just Act One in a much longer story which will turn into a lawyers' picnic and a focus for outrage.
David Tiley 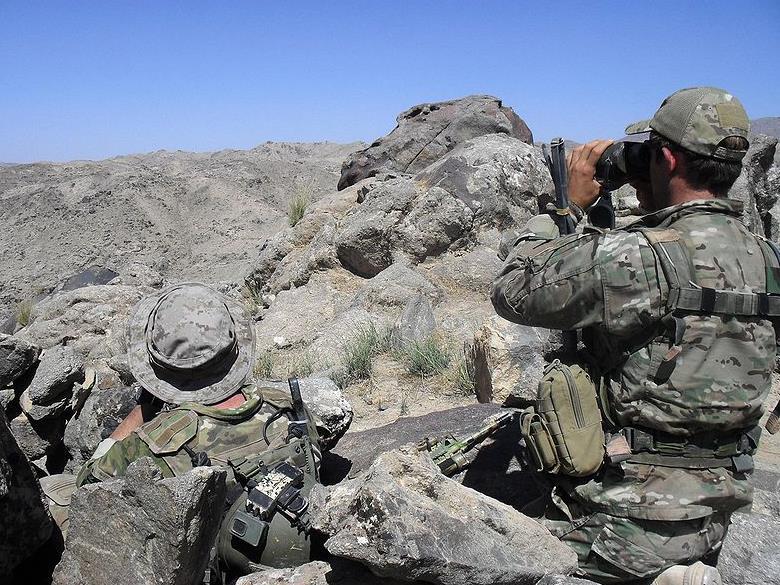 ‘Inside a hut, in the far east of Afghanistan’s Uruzgan Province, an Australian soldier was left alone with a captured insurgent. But while others outside prepared for a helicopter transfer, the detainee was shot dead….

That is part of a chapter heading in a 2017 ABC report called The Afghan Files. It continues:

‘The documents, many marked AUSTEO — Australian Eyes Only — suggest a growing unease at the highest levels of Defence about the culture of Australia’s special forces as they prosecuted a bloody, secretive war against insurgents across a swathe of southern Afghanistan.

One document from 2014 refers to ingrained “problems” within special forces, an “organisational culture” including a “warrior culture” and a willingness by officers to turn a blind eye to poor behaviour.’

That poor behaviour includes the killing of children and the amputation of hands from dead Talilban soldiers. Australian army legal advisor to Special Forces David McBride questioned the atmosphere and collected documents about potential crimes and the army’s response.  He comes from a keen-eyed family – his father was Dr William McBride who discovered the link between thalidomide and birth defects. Born in Australia he served with the British SAS in Northern Ireland and Afghanistan, rose to the rank of major and subsequently became a Liberal candidate in NSW. A soft leftie he is not.

In 2016 he passed those documents to Dan Oakes in the ABC which began the long process of cross-checking, legalling and publication. He went to live in Spain, far from controversy, but make the mistake of coming back on a holiday to see his family and then attempting to leave the country again. He was arrested in September 2018 and charged with stealing files. He has admitted to the charge, and claimed he uncovered illegal activity by the government.

Two weeks ago the Morrison Government was returned to power. Yesterday the Australian Federal Police entered the Australian Broadcasting Corporation with a warrant and left nine hours later after searching at least nine thousand files and taking around fifty documents on USB sticks.

John Lyons, the Executive Editor ABC News & ABC Head of Investigative Journalism, has done an exemplary job on Twitter, with his running commentary, photos and explanations of the various stages, and a copy of the warrant.

In the afternoon he was interviewed by Patricia Karvelas, and tweeted the video. He describes how he settled into tweeting in full view, until the AFP asked him what he was doing. It was a bemusing moment. He was allowed to keep going in an ironic gesture to the freedom of the press. The clip is nine minutes long and describes the situation pretty well.

“I’ve never seen an assault on the media as savage as this… I’ve never seen a warrant this comprehensive & I’d say scary… The chilling message is not so much for the journalists, but it’s also for the public,” head of ABC Investigations @TheLyonsDen tells @PatsKarvelas #auspol pic.twitter.com/8sB4KVe8WY

The warrant allows the AFP to search for evidential material in relation to The Crimes Act of 1914. It wants any kind of recorded material from film to notes, to do with an extraordinary range of institutions from the ABC to the Australian Army to Afghanistan. It refers specifically to Operation Slipper, the Afghan files, Ghost Three Zero and army units.

McBride is due back in court in a week’s time, on June 13. Because of the outrage, the AFP has agreed that the documents remain sealed while the ABC prepares its defence. That is up on June 19.

That news has gone all over the world and is covered by major newspapers and TV outlets: BBC, CNN, The New York Times, The Washington Post, The Independent, The Guardian, The London Telegraph, and the Columbia Journalism Review, which is lucid and dispassionate.

The BBC made a statement in solidarity.