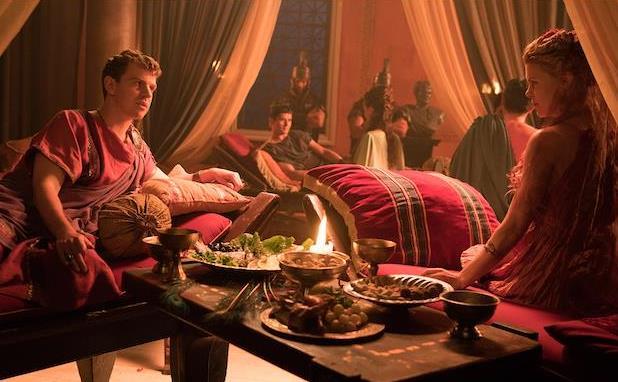 Eight Days that Made Rome was produced by October Films in coproduction with Krempelwood for Channel 5, and broadca

UK company Krempelwood has announced a launch into Australia with a $19m war chest of new money to  increase funds for non-scripted commercial TV shows.

According to Krempelwood in a telephone interview with principals Blair Krempel and Mark Wood, this is a low margin business. It is running on volume.

They created an earlier version of the company, Krempelwood Entertainment in 2008 as a branded content company for agencies and moved into this model in 2016. After reinventing the company as Krempelwood Ltd, they claim in the release that ‘We have successfully financed 40 shows in just four years, helping UK broadcasters and producers meet their creative ambitions through access to new money. Our model puts the creative idea first – we are programme-led rather than deal-led.’

Krempelwood told Screenhub that it wants to expand by going global, partly because the huge media buyers who are part of the deal are already international. Commercial television markets can be pretty similar, and local tax breaks can be negotiated by their production partners on individual productions.

They are distinctive because they fundamentally represent the network which has already decided to make the show. This is not an innocent relationship because production companies are going to pitch knowing they are comfortable working with Krempelwood.

As they claim, ‘We help channels meet creative ambitions and commission shows that wouldn’t otherwise be able to commission. We help producers get shows made which otherwise wouldn’t get made. So it’s always important that our role in the process is to make a show happen which wouldn’t otherwise happen without the help of our money.’

Krempelwood is neither the first nor the largest enterprise in this space. Branded entertainment has become routine; as long ago as 2008 Group M Entertainment and Ogilvy North America partnered to created branded entertainment for international clients. The ultimate owner is WPP, the world’s largest advertising company, which has been investing in drama production companies.

In 2017 Group M set up the Motion Content Group, by which the company uses its own money in what the release calls ‘a separate but complimentary offering to the substantial amount of branded content work undertaken by GroupM’s agencies on behalf of their clients.’

Meanwhile Japanese format company The Story Lab has gone into cahoots with Nippon TV to bulk up its international sales. According to last December’s release, ’Since 2015, The Story Lab has been distributing successful prime time TV shows and films, whilst also delivering strategic content production, partnership and monetization solutions to advertisers, platforms and global partners.’ Sydney is among its twenty offices around the world.

These are all ways in which advertising and branded content becomes tradable, outside the ultimate owners, the networks. Over the years we have seen a lot of jostling as all the participants in the advertising creation process made plays to dominate the system.

In this context, Krempelwood is a small player. ‘They [WPP] are a very big company and they represent 30% of the market. That still leaves 60 or 70% of the market and we’re working with that.’

Krempelwood is also focused on one niche in the market. While they operate as representatives of the broadcasters, they are not making grand statements about the net. The bigger players are betting on the broadest market of all, to offer integrated marketing packages which follow customers across media. They are also cosying up to streaming companies, whose investment in the style and channel brand integrity of an individual show doesn’t matter nearly as much.

It is an interesting edge to globalisation as a UK company pushes into Australia to answer a niche need as Japanese, American and British advertising and format titans collide.