This week, we take a look at how the office is bearing up under lockdown, and the screen treats they're indulging in.
Screenhub Hivemind 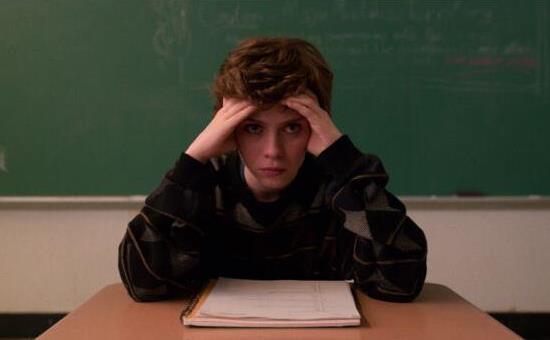 To be fair, self isolation is bringing out all of our demons. Image via Netflix.

I am Not Okay With This, Netflix

To start us off is a show with an extremely relatable title; Screenhub writer and reviews editor, Rochelle Siemienowicz, recommends Netflix’s I am Not Okay With This. Based on the comic book by Charles Forsman, it focuses on an angsty small town teen girl, Syd (Sophia Lillis), who realises her extreme emotions are giving her supernatural powers. Unsurprisingly, given the show comes from Jonathan Entwistle, the director of End of the F***ing World, and producers of Stranger Things, it’s brilliant. Rochelle recommends it on the basis that, ‘this show has that same freshness and compassion for its young characters, and a sly sense of humour.’

Rochelle has also been watching (‘through my fingers!’) as her partner plays Dying Light, a first person action-survival-horror game for Xbox. She describes it as, ‘set in a burnt out apocalyptic world, where you must fight off zombies, craft weapons and scavenge for supplies after a mysterious virus epidemic has ravaged a city. Not exactly my idea of escapist entertainment during lockdown but perhaps some people prefer an adversary you can actually see!’

Jane Chisholm, our Head of Business Development, just stumbled across Zoey’s Extraordinary Playlist on Stan and considers it a ‘fabulous find’.

‘Any series that starts off with “Just Call Me an Angel in The Morning” soundtrack has got me and then it was Van Morrison’s “Moondance”, The Clash “Should I Stay or Should I Go Now?, and even “Miley’s Wrecking Ball”. Had to binge the first 5 episodes. Sort of a bit Glee like but so, so good, uplifting although I cried every episode so far, I recommend it to everyone.’

If you’re in the mood for something slightly more chaotic, she’s also been enjoying Tiger King on Netflix. She described it as a ‘bizarre  documentary/reality TV series about an unbelievable feud between lunatic, deranged big cat lovers, Joe Exotic versus Carole Baskin. As the promo promised, this has Murder, Mayhem, Madness (and I’d add, Meth).’

Gina Fairley, Artshub’s Nation Editor for Visual Arts, has been enjoying the ‘brilliant’ neo-noir mainstay, Babylon Berlin, the third season of which launched on Netflix just in time for lockdown, on 1 March.

This show is a stylish, seductive historical drama based on the series of the same name by Volker Kutscher. It is set in the Weimar period in Berlin, perfectly showcasing the epoch’s extremities: extreme poverty, absolute opulence, the rise of the avante-garde, cabaret and crime.

While it revolves around a criminal investigation, the most enjoyable part of the show is its rich, vibrant world. A perfect, thrilling flight of fantasy, all from the comfort of your living room.

Our Memberships & Classifieds Growth Officer, Gemma Eades, has been taking full advantage of Amazon Prime’s 30 day free trial by binge-watching The Night Manager, which she thought was ‘brilliant.’

Featuring Olivia Colman, Tom Hiddleston and Hugh Laurie, this BBC original about the British and US intelligence’s attempts to intercept illegal arms trades is sure to raise heart-rates for more reason than one.

What You Talkin About, Wallace?, Audible (podcast Audible)

If you’re missing general chit-chat in self-isolation, Artshub and Screenhub’s content director George Dunford recommends this garulous poddo. He says, ‘broadcaster Danny Wallace takes some everyday encounters and asks his guests what they make of it – like when his neighbour teases his bodywarmer (vest) and The Good Place‘s Jameela Jamil tells him it’s the same as wearing mum jeans. Or it’s Rhys Darby (Flight of the Concords) giving him advice when he finds some underpants left on his car side-mirror.

‘Sometimes Wallace asks guest to intervene directly, like when Orange Is the New Black‘s Laura Prepon offers to pop around and beat up his neighbour. It sounds like Seinfeldian sleight of hand; he makes something out of nothing, amassing comedic mountains from daily molehills.’