From classic horror to familiar dystopias, these are the films and show that are scaring the office silly this Halloween.
Jini Maxwell 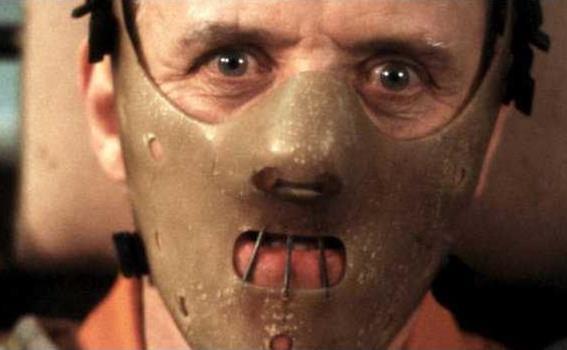 It might have been released on Valentine’s Day, but we think Silence of the Lambs is a better seasonal fit for Halloween. Image via Orion Pictures.

Whether you’re in the mood for some light goth vibes, classic horror, or if you’re looking to scare yourself with some dystopia that feels all too real, the Screenhub and ArtsHub offices have some seasonal suggestions for you to watch this Halloween.

There’s plenty of seasonal treats to stream this spooky season. Personally I’ve been revisiting an old favourite: Buffy the Vampire Slayer, all seven seasons of which are currently on Stan. SBS On Demand is also hosting a bunch of fantastic horror films, in honour of the season, including Bong Joon-Ho’s The Host, Rosemary’s Baby, and gory cannibal slasher Bone Tomahawk.

For ArtsHub’s CEO Sol Wise, a great horror film ages like a fine wine: he recently introduced Silence of the Lambs to his two (adult) kids, who both loved it.

‘Silence of the Lambs still pulls a great punch as far as psychological thrillers go,’ Wise said, praising the story and direction, as well as Anthony Hopkins’ chilling performance as Hannibal Lecter. He added, ’My favourite scene is the night goggle scene; and no matter how many times I watch it, it still freaks me right out. And of course, my favourite line is “I’m having an old friend for dinner!”‘

ArtsHub and Screenhub’s content director, George Dunford, has been indulging in a different kind of scary: the political kind, with Borat Subsequent Movefilm, which is streaming on Amazon Prime.

He thinks there’s plenty there for fans of the format, and the addition of Borat’s daughter, played by Maria Bakalova, means the sequel deals with gender politics as well as the political response to COVID-19. But today’s political climate, when the skeletons of the right wing seem well and truly out of the closet, is a strange context for his brand of comedy: ‘It’s more trick than treat ahead of the US election, and you’ve probably already heard about the Giuliani appearance and the Mike Pence rally stunt. They would have been funnier if (as in the first film) they felt like Sacha Baron Cohen was seeking out the oddities but both are now at the heart of American politics.’

ArtsHub reviews editor Andrea Simpson has also been enjoying a little dystopia with Brave New World on Stan. Based on Aldous Huxley’s science fiction novel of the same name, she says: ‘Who could resist this binge with actors like Jessica Brown Findlay, from the beloved Downtown Abbey, and Marvel’s very own Harry Lloyd?

‘A book that many a sci-fi reader would have on their reading list; I enjoyed this series, though it did skip over some of the more problematic themes in the original book. One worth watching.’


CRACKing OUT THE CLASSICS:

ArtsHub’s Deputy Editor, Richard Watts, has forsaken streaming services and returned to the dark delights of his DVD collection for October.

‘As with many of my friends here and overseas, October is horror movie month for me,’ he says. ‘Consequently I’ve been revisiting some old favourites – and also getting around to watching one or two horror classics for the first time.’

Watts recommends some Hammer horror to get you in the Halloween mood. ‘I started with 1966’s The Witches, a film I’d not seen before, which gently references the decade’s fascination for black magic in all its forms, as well as gently nodding to the Folk Horror genre. Written by Nigel Kneale (best known for his Quatermass screenplays) The Witches is more psychological thriller than out and out horror, but it’s enjoyable all the same – especially the palpable tension generated as the film moves towards its climax, even if the final scenes are marred by some rather over-the-top performances.’

As a studio, Hammer Films are best known for their Technicolour takes on classic horror tales, so it’s only natural that Watts should also dip into a vampire movie or two.

‘Taste the Blood of Dracula (1970) is a classic Hammer romp, with the added bonus of a script that skewers Victorian moral hypocrisy. It makes a great double-bill when paired with Dracula AD. 1972, Hammer’s attempt to drag their vampire franchise into the modern day. Objectively, this is not a good film, with some truly clunky dialogue and a plot that makes no attempt to maintain continuity with the earlier films in the series. But hey, it features Christopher Lee’s Dracula reunited with Peter Cushing’s Van Helsing for the first time in over a decade, with the added bonus of seeing the Count in swinging Chelsea – what’s not to love?’

‘The cinematography is exquisite and striking, the atmosphere all-enveloping – the sense of a city gripped by fear is beautifully evoked – and its police procedural flourishes are beautifully realised. M created cinematic conventions that still influence filmmaking today, and it made Peter Lorre a star. The film’s final scenes, in which Lang and Lorre pull the carpet out from under our feet and make the monstrous child-killer suddenly pitiable, even sympathetic, are nothing short of remarkable. Truly a masterpiece.’