What happens when the writers room goes remote?

As we are all separated so cruelly, spare a thought for the hivemind of the writers room. The fragmentation has some great advantages.
David Tiley 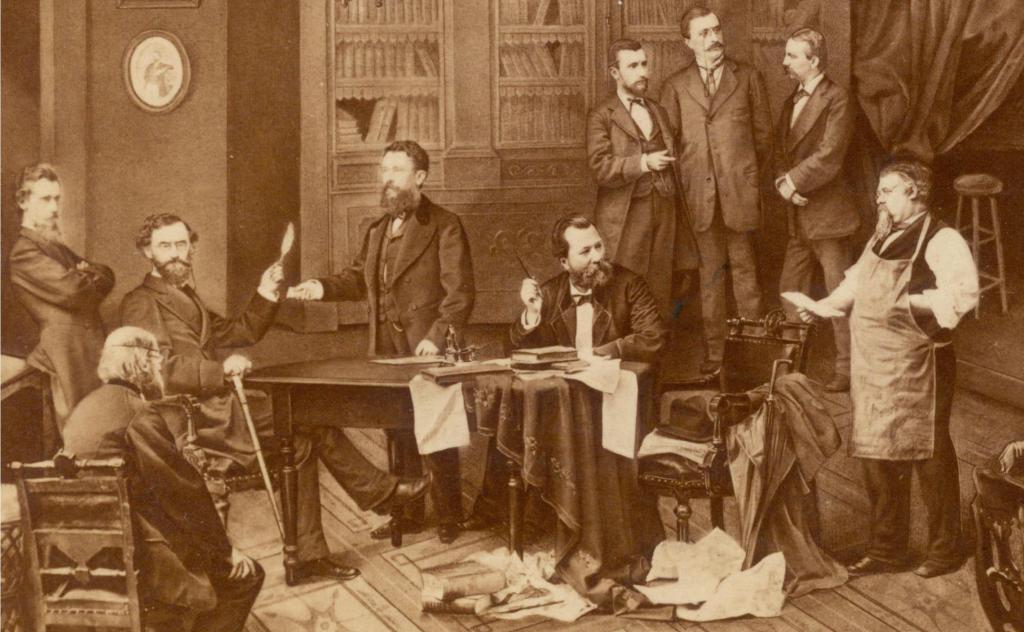 ‘The thing that’s really affected my writing and my focus is I’m usually an out and about person. I get a lot of stimulus and a lot of inspiration by seeing people and zipping around town and driving around listening to music.

‘I don’t feel like a creative person anymore, I don’t even see the point of writing a screenplay when so many people are dying!’

They are wrangled by Christiaan Van Vuuren on behalf of Jungle Entertainment and AACTA, which has their biographies. They are all having a hoot on Collaboration in Isolation: The Remote Writers Room, which is a wonderfully human hour on YouTube and part one of a series.

We’ve edited these fragments for brevity.

With her producer’s hat on, Chelsea Winstanley is confident that we will solve our problems. ‘I think you know that Kiwis and Aussies are super creative. And I think we will just make it happen,’ she says and is echoed by Mike Jones.  ‘We’re inherently creative people. So what we do is we pivot – we’re flexible.’

The opportunity to reach out.

As Winstanley says, antipodean screen creators face a bottleneck because of our distance and scale. Travelling overseas is expensive, the pitching system is cumbersome, and producers are far from their own offices. But this disappears on Zoom or Skype. They have instant computer to computer contact in relaxed environments, they can present with specialised groups of people and they aren’t competing with hundreds of hungry competitors at markets.

What is more, they can get around the gatekeepers. Most producers from our side of the globe cannot offer straight up and down enticing deals. They rely on relationships, on interesting scripts, on some daring and fun, on working with people met on other productions. That is a lot easier when it is all electronic and agents and managers can’t stifle mobile phones and Vimeo pitches.

As Mike Jones describes, ‘When we enter an online environment, we ask wider questions about who we want to work with. On one end, it’s big name stars. Who’s sitting on their ass at the moment who we could probably get because they don’t do anything else? At the same time we ask about other voices we haven’t had a conversation with and I think questions start to get wider.’

Its easier to engage with new voices, and reach into diverse communities, at their convenience and by their rules.

‘Because we’ve put the brakes on a few things,’ he says, ‘we think more flexibly about what we want to do a year from now, two years from now, and and start to reach a little wider than the kind of freight train hustle that we have going on a lot of the times.’

The experience of the writers room

The writers room is a specific American space with its own customs and hierarchies. This discussion is really about writing collaboratively in which remote contact replaces hanging out in the same space. On that level, the true contact humanity is gone along with a sharp separation between work and personal life.

But Sami and van Beek are besties in and out of each other’s lives, Bell is collaborating with a partner internationally, Jones is a net veteran, and O’Donnell and Van Vuuren run a production company together. The merest phrase on a phone will conjure the full presence of a partner.

They are responding to intensity. Their own lives are upside down, there’s no way of just mucking around together with cups of tea and dog walking, and screen work is exhausting by itself. It’s harder to be joyful, to respond to each other’s needs.

At the same time they are always available to each other fairly quickly. And that intensity takes them down the same tunnels together, and helps to discipline the work. The very fact they know each other enables them to cue into different emotional tones.

But a full writers room on a big show is probably different because it can create a particular spontaneity, of feeding off each other’s fragments and half sentences, of staring at a white board together and playing with the sugar. The moments of explosive energy are different.

It seems that the virtual room is an excellent tool for small enterprises because it encourages co-operation and removes the geographical limits. From London to Lima, all we need is an alarm clock, functioning broadband and a common sense of story. The pressure to leave Australia lessens and the time away can be short. Great if you’ve got children.

As Alice Bell explains, ‘I’m an interesting case, because I was in an American writers room when this happened, in LA on a placement for Amazon. And the world kind of imploded and I ended up evacuating back to Australia with my kids. So we were halfway through and we’re still going.

‘Overall I feel like it’s giving us extra tools. And it feels like this whole other thing that we can use, because I feel right now that writers are much more accessible. You can be writing and then call a room in 20 minutes, which is what you can’t do in an actual physical room.’

She is basically working with one other key writer, Lulu Wang who wrote and directed indy hit The Farewell. The project is The Expatriates, set in Hong Kong and based on a novel. They work out what they are going to do, and bring in the whole group or specific parts. ‘Sometimes six people in a room is really handy on a particular day. And then the next day when you’re just trying to push the character a little further, you only need two or three people to kind of throw that around or add value to the characters.

‘Especially for Lu and I writing together, we can just leave the zoo. We can be writing and talking and in and out of each other’s lives much more than when we’re living in the same city. So that’s been really interesting.’

Looking to the future

Producers are thinking in two different ways. There’s a strong general belief that we can benefit from coming out of isolation early, so companies are looking for projects which are easy to mount and find financiers. The power of headline names will help along with cunning scheduling and cut-through premises.

According to Van Vuuren, ‘How can we take advantage of being the first country that’s back up and running? So there’s a producer hat you put on and think, how can we be nimble and pivot and so on. But there’s a big other part of me that’s looking at projects we’re doing and thinking, What’s the bigger emotional place we can go to?’

For Mike Jones, ‘the big change, the really big change is what are people going to want to watch on the other side of this pandemic? What kind of emotional experiences are audience looking for? And that feels like a great reset.

Alice Bell was blunt and to the point. ’I think they are going to be looking for well ventilated dramas.’

‘When we come out of this, I don’t know if we’re going to be so interested in like the very, very dark, dark, dark’ says Chelsea Winstanley. ‘I feel like we’re going to be looking for things that are bringing us together. We probably want to see some outside ‘scapes. So New Zealand is amazing for that.’

‘I also think the other thing that’s going on right now is an awful lot of navel gazing. And yet that very often makes for good drama, good television,’ adds Van Vuuren. ‘How do we go large, how do we think beyond what we’re experiencing right now, and elevate it, whether it’s elevating the genre or taking in an emotional truth?

‘And this might seem slightly grandiose, but every pitch I’m getting at the moment or every idea we’re looking at developing, and then thinking about the creative team we put into a writers room, is really about working the story to take us emotionally to somewhere bigger than our lounge rooms or the last conversation we had.’

Jackie van Beek: ‘Find a really good friend and team up with them like a kind of agent or manager or producer even if they’ve got no experience’. You  can pitch to this person, road test initial phone calls, check emails… ‘It makes everything more light hearted,’ she says.

Mike Jones: ‘I find when we get into a COVID headspace we tend to close down with thinking in words and spaces. There’s some really good tools. We’ve discovered a tool called Miro Notes, which is essentially a virtual whiteboard. And that works really well to have a shared space where everyone can scribble on at the same time, and it’s very visual.’

Christian Van Vuuren: thinking about short documents, think about outlines and pitch documents and don’t feel like you’ve got to commit to writing that a big feature or 10 episode drama. What can you do that just puts a page together of an idea and then allow yourself to kind of drill that idea to see where it could go, bigger than your lounge room bigger than your own headspace?’

Perhaps the best line from the whole discussion came from van Beek: ‘A great thing I’ve been doing is paying my kids because there’s not really much chance for them to go and earn money. I’ve been paying them $10 to read my treatments and give me feedback. It is so brutal, which I love. They’re like,  “Dumb idea, should never be made. Don’t waste anybody’s time, don’t waste their money.” I like that.’

Covid-19 is an enormous hit to everyone’s routine and sense of self. We are watching our mental health wobbling in unexpected directions, giving ourselves breaks for tanties and confusion. Alice Bell speaks for a lot of people in our sector when she says, ‘I felt before we entered this like the world was at a cracking pace. I remember having a conversation with my girlfriends when I said, “I feel like I’m running and I’m constantly running, but I don’t know where I’m running to.”

‘And everyone was like, “Yes, I am tired because I am just running”.

‘And now, we’ve stopped running. And it’s really an opportunity to think about how we’re living our lives and what we want. What we want to do next.’

Jungle has put a diagram of some key points on its site which conveys the encouragement of the session.