The future of cinemagoing in a post-COVID world

COVID-19 shut down the world. Now restrictions are loosening, how will cinemas bounce back?
Jini Maxwell 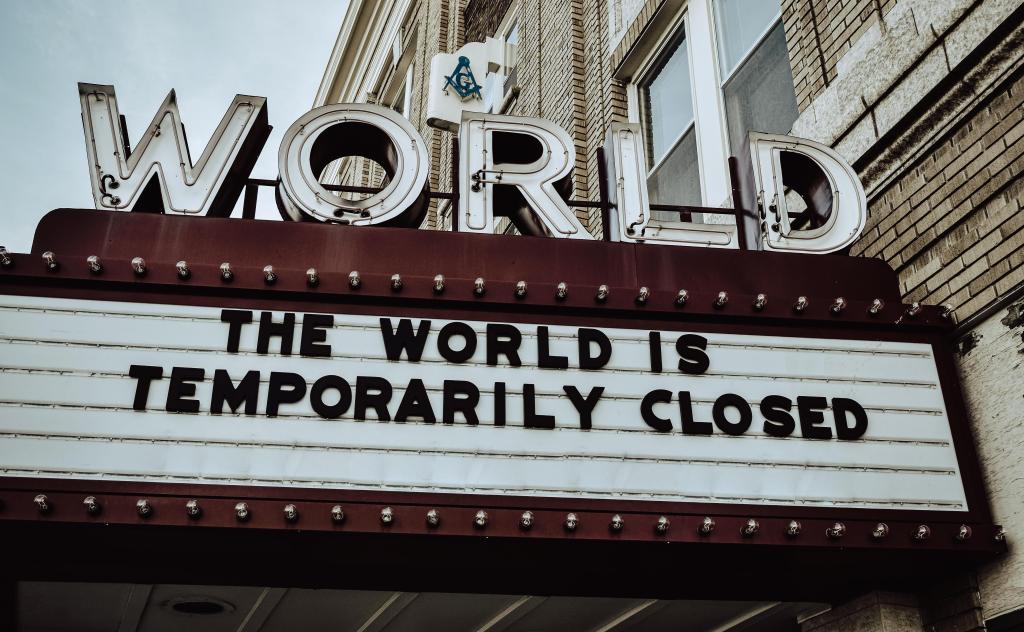 What we want to know is: what happens when it starts to reopen? Photo by Edwin Hooper on Unsplash

The pandemic has left all of Australia’s creative industries reeling, but perhaps none has been more profoundly affected than the film industry. Across the country, cinemas have been forced to close, and many high profile new releases have opted to release directly on streaming services rather than wait for cinemas to reopen. Yet more film and TV productions are facing indefinite postponement.

Australian film productions aren’t exempt from this, with both I am Woman and Never Too Late going on production hiatus alongside international productions like Disney’s live-action remake of Mulan. As the world feels crowd-shy and transmission-aware, thinkpieces questioning the post-pandemic future of cinemagoing, a fundamentally social and public form of entertainment, abound.

The National Association of Cinema Operators (NACO) forecast that reopening Australian cinemas under stage 2 restrictions will be possible by mid-July – but with limitations on public gatherings tentatively remaining at 20 people for the start of June, and 50 in Victoria as the month progresses, the idea of reopening to audiences is still fraught.

There are many unknowns about the reopening, such as whether the restrictions apply per auditorium or to the entire venue, and, if the latter, whether a cinema’s bar will be considered a separate venue.

Kristian Connelly, the CEO and General Manager of Melbourne’s iconic Cinema Nova, says that the ‘extra lead time’ on restrictions lifting has been vital to helping cinemas prepare, even if some terms are still undefined. He feels this has allowed Nova to be prepared for any eventuality.

‘We consulted with our architect prior to closing, and now we have that data available to us to ensure we can follow any guidelines as they develop closer to reopening. It goes without saying that our first priority is the safety and wellbeing of our patrons and our staff,’ Connelly said.

ALL EYES ON THE INTERNATIONAL MARKET

While Australian cinema operators await further clarity around social distancing guidelines, and their hospitality staff, they are also looking to New Zealand and Japan to learn how cinema operators in similar markets are managing their reopening. Connelly cites the news coming out of the South Asian markets, where cinemas have begun to reopen, as a reason to believe that a July reopen is a realistic target.

‘We’re privy to the actions those cinemas are taking to make sure their venues are safe. We can also draw on actions being undertaken in other areas of the entertainment and hospitality industries to develop a really comprehensive plan.’

Despite the international delay on productions and releases, the future of Nova’s programming isn’t a concern for Connelly; Nova’s tried and true history of championing independent, classic, and Australian films will carry it through a period when many blockbusters are being postponed to 2021. The cinema has maintained close contact with their distribution partners to stay abreast of new releases, and will return with a mix of old favourites and fresh titles which had already been booked to run before the Nova was shuttered.

While productions have been postponed worldwide, Connelly framed this as an opportunity for Australian filmmakers whose releases were postponed: ‘We saw some very promising Australian titles before we closed down, many of which are yet to be released. The upcoming Sam Neill and Michael Caton feature, RAMS, has a great deal of potential, as does Baby Teeth. Later in the year, we have The Dry.

‘These films were all slated for between May-August this year, and now it’s likely they’ll go out on the later side of that – but they’ll have much less competition, given so many major studio features, like blockbusters are being pushed back to 2021. I think the opportunities for Australian filmmakers are going to be very strong,’ he explained.

an exciting (re)turn of events

Cinema Nova has long been known for its events. When the cinema does reopen, it will reopen on some classics; the website states that the first weekend after lockdown will return with two late-night cult favourites: The Room, and Cats (a costumed sing-along, for those looking to relieve some of the pent-up tension of the last few months).

When asked about the rising popularity of streaming services, and films being released directly to domestic screens, he’s similarly unworried:

‘If cinema really was in trouble, as so many people have tried to declare it is in the past, I think that we would have seen its wholesale abandonment, during these extraordinary and unprecedented international circumstances. But with a very few exceptions, the majority of titles are being held over for theatrical release, which is really, really heartening.’

Connelly also points to Nova’s history of running successful films concurrent with streaming as a reason not to be concerned: ‘when Parasite had its best picture win, it came out on home entertainment – but it was not only our number one picture of all time, it also stayed our number one picture at the box office each week, or each day.’

Welcoming the Audience Back

Finally, I ask whether Connelly is concerned about whether audiences will return to the cinema at all, given the potential risk that crowded environments pose. He relays that, prior to the pandemic, Cinema Nova was operating with good audience numbers until a Sunday night press conference on 22 March announced that cinemas would be required to close the following day.

On top of the cinema’s preparedness, Connelly says that Nova has experienced an outpouring of love from its patrons during their non-trading period: ‘This has been a period of learning for everyone, day to day, I think, and we’ve all had to shift our perspectives, on a variety of different levels. One constant for us, though, is that we’ve been shown a passionate enthusiasm for the cinema, and for Cinema Nova. It has just been just really touching.’

Quite contrary to suggestions that some will be nervous to return to public spaces, Connelly believes that the unique experience of cinema will be the perfect tonic to this period of isolation.

‘Frankly, we’ve all had our social and entertainment options throttled so much in the past few months, once we can enjoy that immersive, shared, big screen experience again, it will be really wonderful and overwhelming.’