The Sydney Film Festival announced the opening night film, and we shiver with excitement. Yes folks, its festival season, with ADDED TRAILER.
David Tiley
[This is archived content and may not display in the originally intended format.] 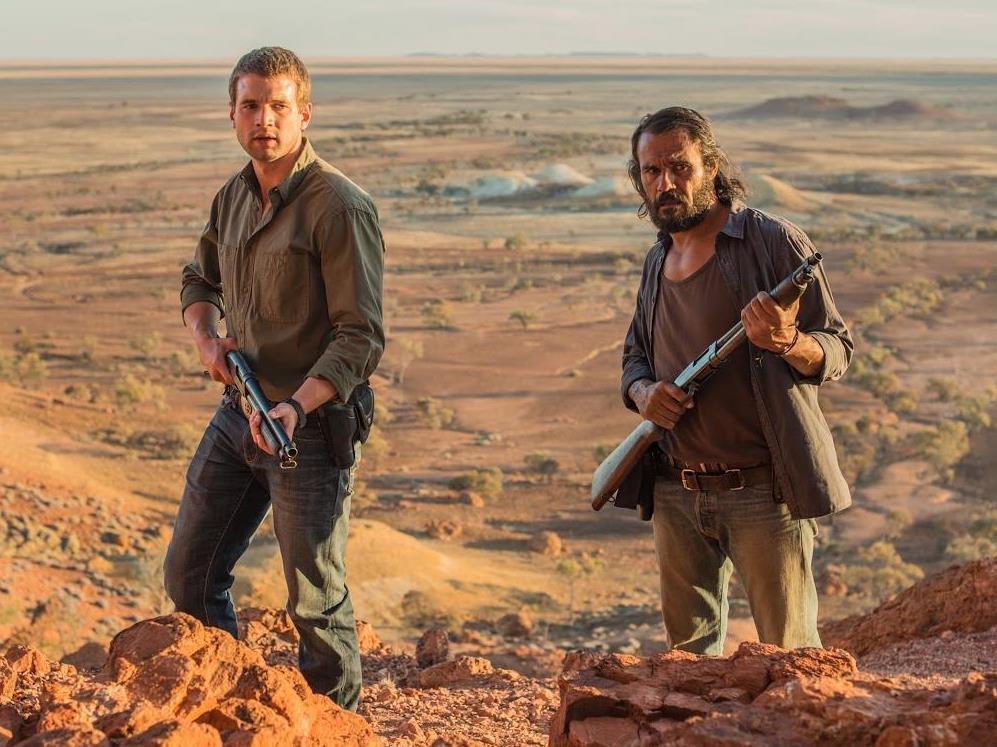 Image: can’t turn down such an iconic picture – Goldstone’s desert noir in full cry as Black and White come together in the pursuit of evil.

Just when we were wondering whether 2016 is going to be a bit… um.. unspectacular in the AFI department, we are reminded that Goldstone is in contention. It will open the Sydney Film Festival on Wednesday June 8.

The picture, by Ivan Sen, reprises the gang that made Mystery Road, a fine picture in its own right, and allows Aaron Pederson a second crack at his Desert Noir indigenous detective character. That is a pleasure many actors crave but few manage.

This time round, David Jowsey is joined on the producing treadmill by Greer Simkin.

Here is the trailer –

You will notice that Pedersen is joined by David Wenham and Jacki Weaver. And David Gulpilil and Tom E. Lewis…

According to SFF Artistic Director Nashen Moodley, ‘It is an exquisite film and Ivan Sen has created a body of work which is really incredible. And I love how this film brings together so many different elements – political and social – and does so in the form of a very effective thriller. It is a great accomplishment – the performances are wonderful, the story is compelling, and it looks amazing.’

The choice of an opening film tends to be a slither through competing forces. But for Moodley, it turns out to be surprisingly easy. ‘I think for me if there’s a great Australian film, we want to give it the highest profile possible. And Ivan Sen is such an amazingly talented filmmaker, who does so much himself. It is a remarkable talent and we want to support it in any way we can.’

He has already brought the Goldstone story-world to SFF, as Mystery Road was the opening night film in 2013. The extremely different and challenging Toomelah was also run at the Sydney festival.

Moodley is in calm nail-biting mode about the program, which will be announced on Wednesday 11 May. ‘I am very happy with what we have,’ he said. ‘We have a little way to go, I am trying to get the last films, especially for the competition. There are not many now and we don’t have much time. If we tie these films up in the next few days, I will be really, really delighted.’

There are also some quiet achiever Australian films on the program which we may not yet have noticed. There is a particular pleasure in doing that.

We figure that list will include Sean Byrne’s latest film, which gets its Australian premiere – The Devil’s Candy, made in the US for an American company, Snoot Entertainment, and produced by Jess and Keith Calder.  The real candy here is horror itself, which writer/director Byrne is unable to escape, since The Loved One was such a loveable film.

The world premiere of The Devil’s Candy was at Toronto last year, where it won the People’s Award in the Midnight Madness slot. In the absence of a trailer, we will have to be content with an interview…

We are betting this film is an Australian toe-curler as well.