Sue Maslin: How to be a leader in a digital world

We are not content producers, we are creative entrepreneurs, and The Dressmaker proves the point says Sue Maslin.
David Tiley
[This is archived content and may not display in the originally intended format.] 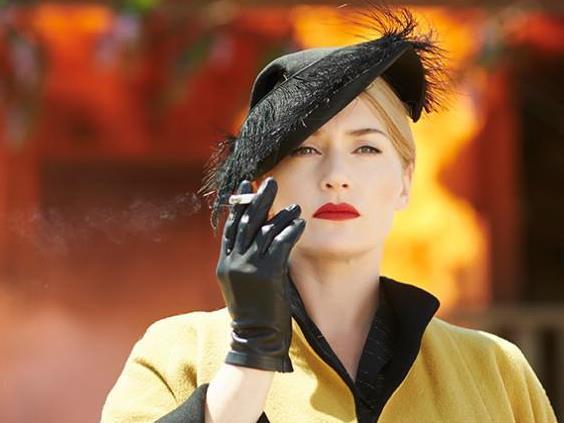 Time to set fire to some old-fashioned ideas. Image: The Dressmaker in a climax delicious with revenge.

Twenty years ago, producer Sue Maslin produced a gem of a film called Road to Nhill, a shaggy dog story about a carload of elderly lady bowlers in a country town who rolled their car and had to be rescued. It was written by Alison Tilson and directed by Sue Brooks.

Distributor Andrew Pike tried to get the powerful exhibition companies to show the film. They took his calls because he had given them Strictly Ballroom and Shine. But they said no. So did the smaller companies and the individual cinema owners.

Then, in the face of disaster, Village Roadshow offered them seven country cinemas.

‘It was basically a favour to Andrew’, said Maslin on the phone. ‘We said, “Great! This is where we build a campaign around the idea of a premiere in the country, which had never been done.”’

Audiences loved the film, and it went to 21 cinemas and stayed there for nine months. They had no critical buzz and no advertising budget, and they stayed on the road for a full year, doing everything they could to create column inches in the press. In 2016 dollars, it ultimately took $1.362m at the box office.

From here, Sue Maslin began a 20 year journey to re-invent her whole approach to producing, to developing projects, to finding an audience, and running a company. Above all, she rethought the idea of creative leadership.

Pushed by the brutal amounts of money and organisation required to create a work, the screen sector is discovering insights which are also being explored in many different art forms and companies.

‘I am interested in working with other people who want to rethink that intersection of creativity, business and technology. It is a fundamental rethink,’ she said.

‘The creative entrepreneur is the attractor. She is the person who attracts the talent, the finances and the audiences. The thing that makes the difference is your capacity to really connect with people – that is where I see the producer heading now.

‘You need the skills to be able to persuade and influence people, to encourage them to join you in that vision. And then you have to understand the core things you need to connect ideas to people.

‘I think we actually need to build a brand about who you are, what your ideas and vision might be and what drives you. When you deeply understand that, you attract people who want to work with you because you have a very clear message of what it is and why you are doing it. And that is really about leadership.’

Since Road to Nhill, the more flexible producers in the creative sector have ridden the social convulsion created by the internet. The distribution media have gone into meltdown and created vast new opportunities for companies which bestride the planet like Google, Facebook and Netflix. But for mainstream studio scale companies, marketing is basically stable. Hire tribes of young people to do social media, put the trailer on Youtube, and keep going.

The world is very different for the small creators, which include most of the arts, and the independent film producers.

‘We’ve had this idea that were content producers,’ said Maslin. ‘I am trying to shift that idea. We are not content producers. Content is only half the equation. When I spend seven years or so making a feature film and deliver it, I am only half way through my job. The other fifty percent is making it sticky, working out how you are going to connect with audiences, which started years earlier.’

Sue Maslin conceived and produced The Dressmaker, directed by Jocelyn Moorhouse, based on the best selling novel by Rosalie Ham and written by her and P.J.Hogan, which ultimately took $20.3m in the Australian box office.

Behind her films are very simple but fundamental ideas. They propel the whole attraction process; without them the work is ultimately doomed. ‘The Dressmaker is built around the idea of female pleasure in the frockery. And that doesn’t happen very often. We make a lot of movies but only a fraction look at the world through the eyes of a woman. In this case we wanted to take it to a very extreme level and say “Take pleasure in the idea of revenge. Take pleasure in the idea of appreciating beautiful male bodies. We give you permission to feel pleasure.” That doesn’t happen very often, I can tell you, for women.’

The distributors liked the book and enjoyed the idea, but they figured it had a very limited audience.

Sue Maslin had been thinking about audiences a lot. Road to Nhill prospered with audiences which are usually dismissed. Social media and digital marketing data told alert producers they should abandon the traditional broad categories and think of bundling niches.

But she is also a documentary producer through her company, Film Art Doco, with Daryl Dellora. In 2006 she made Hunt Angels with Alex Morgan, and released it in cinemas independently, building on her Road to Nhill experience. She was part of the huge rethink by documentary makers which led them to use social media to raise money, find allies and advocates, understand what their viewers wanted, and bring them to see the films.

She became a crusader for audience engagement, teaching other producers how to develop their antennae by talking to viewers. She also relished the pleasure of evolving projects in dialogue with people who would ultimately be the audience.

On The Dressmaker, her task was not just to convince financiers that she had an audience for the film. She had to show them she could attract audiences that did not yet exist; audiences which would be called for three or four years later, when the film was released. That was already built into her production methods.

A set of experiences

‘At the end I realised I was not so much producing a film as producing a set of experiences. They started before we even got the film financed and into production. We primed the social media platform and had thousands of people following us. From the beginning of filming we had casting calls for extras. We went to fashion bloggers to part of the cast to get first hand experience so they could blog to thousands of their followers. So there was that sense of experience.’

She was summarising a huge amount of work and lots of different playful strategies. They paid off hugely once the film was released. Even at the premiere at the Adelaide Film Festival, people were dressing up in fifties clothes and coming in gangs. They did it all over Australia as the word on social media spread.

As the audience figures climbed, the screen sector came to realise that people had to be coming to the film more than once. Maslin’s research said that was true – they were also bringing their families and friends.

‘So the experience was something I put as much attention into as the actual content of the film. After all those years of thinking content is king, I realised it is very important – but only to the extent that you bring people into the experience.

The power of connection

‘Right now content is everywhere, so in and of itself it doesn’t have much value. So what is going to make the difference if you want to build a sustainable business? The thing that makes a difference is your capacity to really connect with people. That is where I see producers and creative entrepreneurs heading right now.’

Sue Maslin describes this approach as an absolute turning point, though it seems to have happened by a process of insight followed by consolidation. In itself, it is really only half of her approach to sustainability.

In 2007, as a senior and inventive producer, she became involved in a roadshow with the former Film Finance Corporation to explain the tax offset system which would partially replace it. It was all very new and a ripe moment for insight.

They were ‘talking about how having equity in our own work will drive change in how we do our business.’ She realised that the internet offers a new market for the documentaries she made with Film Art Doco, which were gathering dust on the shelves of the distributors who owned the rights to make any sales.

She and Dellora bought those rights back and created Film Art Media, a separate company which did not produce films, but existed to manage rights.

“By having a stake and ownership in what we are doing, and finding new markets, we are earning the money from the rights and sales of our work. I can tell you, that Film Art Media business is hugely sustainable, and has kept us in business over nearly the last ten years.’

This adds up to what she calls her ‘second absolute turning point. When I went to negotiate The Dressmaker, I was no longer dealing with distributors and sales agents as a producer only. I was also negotiating as a distributor and that meant I could claw back a whole series of rights which most producers would never even think about.

‘To be honest, The Dressmaker is a hugely successful example of what happens when it works.

‘I have become a creative entrepreneur rather than a creative producer. The currency is not the content – the currency is the attention. That is the new currency, that is what is bought and sold now.’

Sue Maslin is running a course on creative leadership for Compton School over four weekends between in August and November in Melbourne.